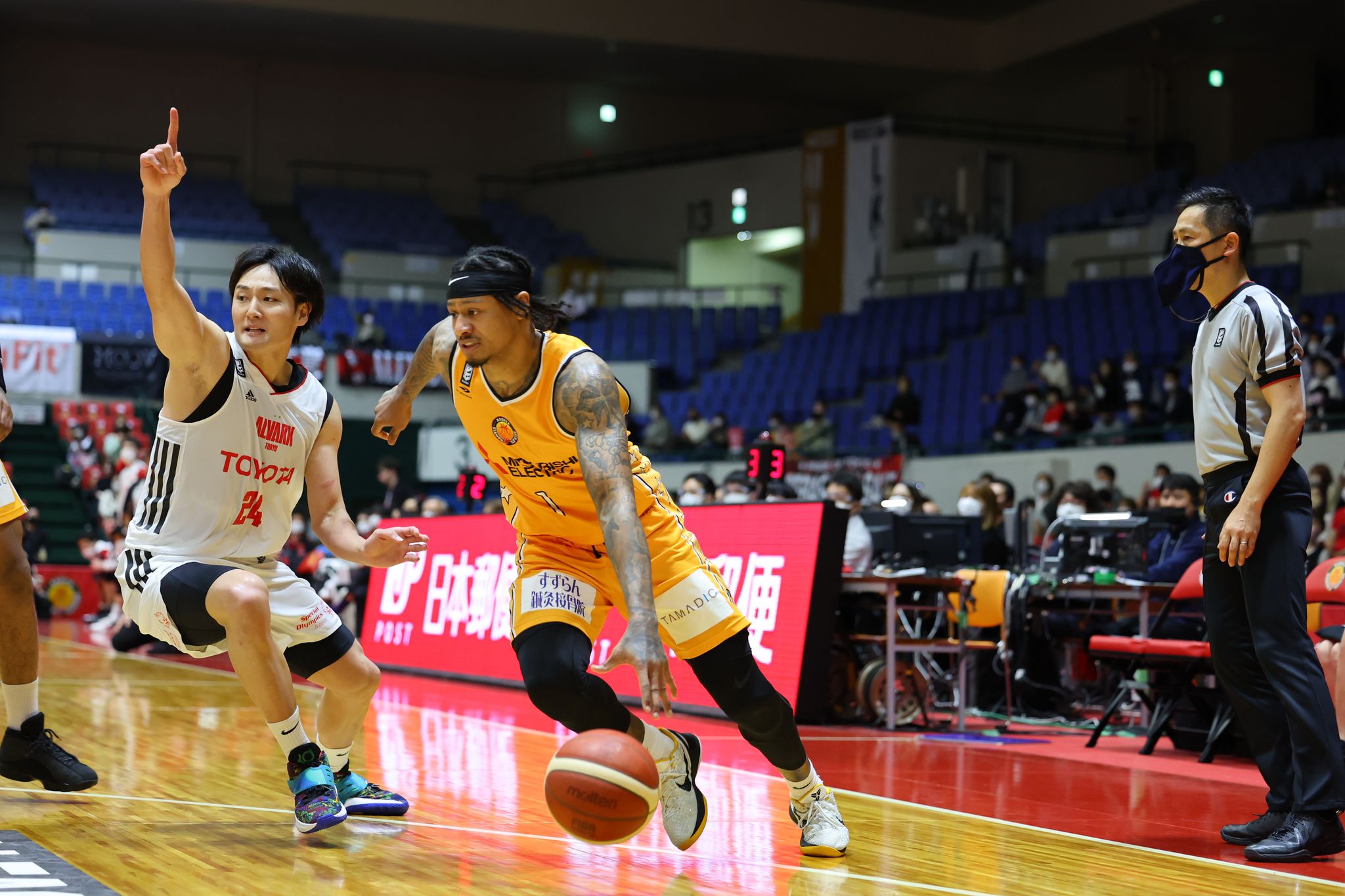 Bobby Ray Parks Jr. and Nagoya continued their drive to notch a playoff spot in the 2021-22 B.League season, scoring a wire-to-wire 71-67 upset win over Tokyo, Wednesday evening at Dolphins Arena.

It was a huge win for Nagoya as it improved to 28-13 to remain at the three-spot of the west district.

Up by as much as 17 points in the contest, the Diamond Dolphins saw their lead dwindle down to two, 67-69, after a Shuto Ando layup with 12 seconds remaining.

On the next possession, with no choice but to foul, Scott Eatherton was sent to the stripe by Daiki Tanaka. He made both free throws which brought the lead back to four.

Taito Nakahigashi then sealed the win, coming up with a steal for Nagoya to escape the win.

Coty Clarke led the way for Nagoya with a game-high 22 points together with nine rebounds. Eatherton added 21 markers on 60-percent field goal shooting.

Parks Jr. only had three points, five boards, and three assists in 29 mins of action. Still, Parks went a plus-12 in the game.

Strong was the start of the home team, racing to a 22-5 lead before Alvark rallied back.

Despite the loss, Tokyo remained at the second of the east standings with a 36-10 record.

Ryan Rossiter and Daiki Tanaka led the scoring for Tokyo with 13 and 12 respectively. Rossiter, a naturalized Japanese big man, also got nine rebounds and five assists.

Next up for Nagoya is Thirdy Ravena and San-en at Toyohashi City Gymnasium this weekend.