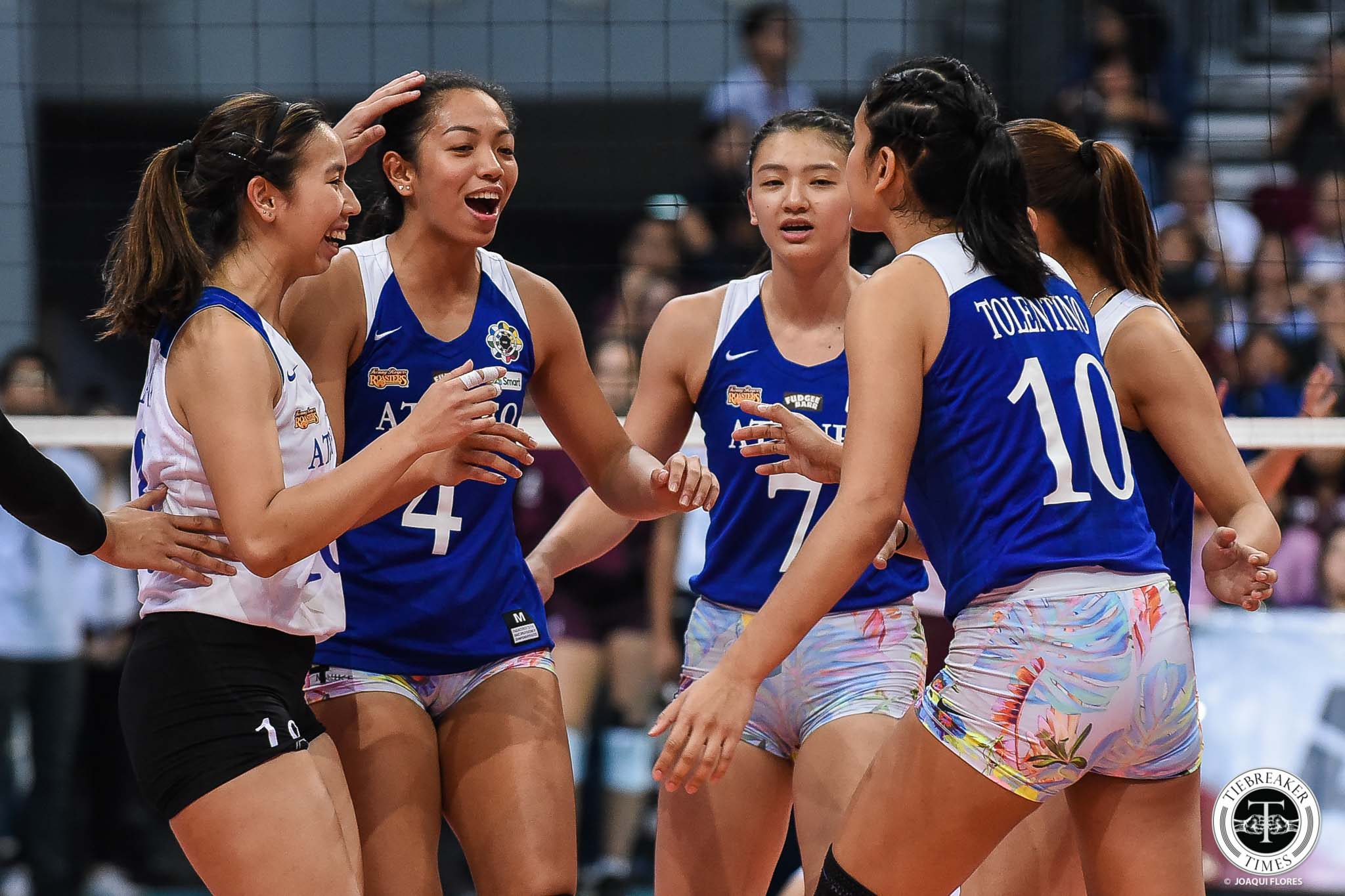 The Battle of Katipunan was another blitz, as the Ateneo De Manila University Lady Eagles swept the University of the Philippines Lady Maroons for the second time in the UAAP Season 81 Women’s Volleyball tournament, 25-23, 25-16, 25-23, at the SM Mall of Asia Arena.

Errors decided the flow of the first set. Ateneo were wasteful to start the match, leading to a 7-4 UP lead. The Lady Eagles eventually recovered, making way for the Lady Maroons’ error-filled endgame stretch. With Ateneo ahead, 23-22, UP provided the Lady Eagles their last two points off a Justine Dorog attack error and a Lorie Bernardo serve that went long.

The Lady Maroons then suffered a disastrous start to the second set. With Ateneo ahead 4-0, UP co-skipper Isa Molde landed awkwardly on teammate Mirgie Bautista on a spike attempt. The fourth-year open spiker had to be carried off the court due to an apparent left knee and left ankle injury.

Molde’s absence opened the door for Ateneo to take a 17-7 lead, eventually forcing UP head coach Godfrey Okumu to replace all his starters in anticipation of the third set.

UP were resurgent in the third set, but eventually ran into another late Ateneo flourish. Trailing 20-18, the Lady Eagles unleashed a 5-1 run, capped by a Bea De Leon ace. Jules Samonte then provided the finishing touches to Ateneo’s eighth straight win.

“We’re always emphasizing that we have to start right and end it right,” said Ateneo head coach Oliver Almadro.

“We have to be more consistent with our effort kasi may times na we were not playing our game. There’s still a lot to work on, regardless of what the standings say,” the decorated men’s volleyball tactician added.

Ateneo (8-1) next take on the Far Eastern University Lady Tamaraws (6-3). On the other hand, UP (5-4) will face the University of the East Lady Warriors (2-7). Both matches will be played at the FilOil Flying V Centre.