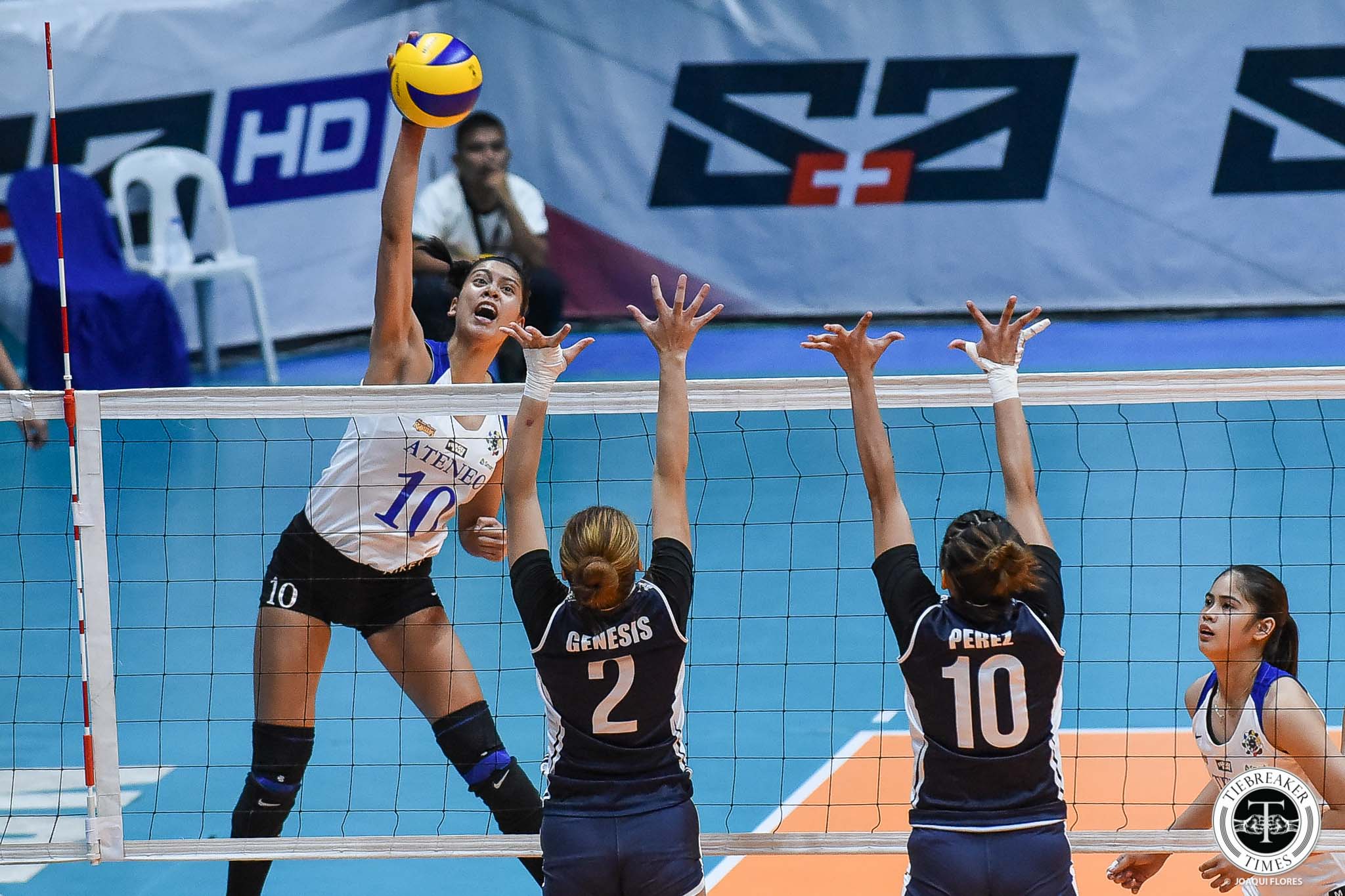 After their second loss of the season, the Ateneo de Manila University Lady Eagles recovered with a rousing win over the also-ran Adamson University Lady Falcons, 25-16, 28-25, 25-17, at the FilOil Flying V Centre.

The Lady Eagles improved their record to 11-2 to maintain a hold on the top seed in the Final Four. A win in their final elimination round match against University of the East (3-10) on Sunday assures them top billing in the Final Four.

Adamson tried to keep the third set close until Ateneo mustered a finishing 6-1 run to take a 20-15 lead and seal the win.

Opposite hitter Kat Tolentino topped the Lady Eagles with 17 points while co-captain Maddie Madayag added 13 from nine attacks, three blocks, and an ace. With the Lady Eagles ahead for most of the match, they had a chance to give playing time to bench players like rookies Jaja Maraguinot, Erika Raagas and Vannie Gandler. Sophomore Candice Gequillana even saw the court for the first time this season.

“Marami kaming pinapraktis so, most of the time, kapag meron kang risks, there will come a time na they’ll have to execute it properly sa game,” said Almadro.

“Our game today tested our mental toughness. Whatever it is, whatever ang ibigay na role, they will do execute and do their job properly,” he added.

Adamson sealed their spot on the bottom of the standings with a 1-12 record. They face University of the Philippines (6-7) in their final elimination round on Saturday at the FilOil Flying V Centre.