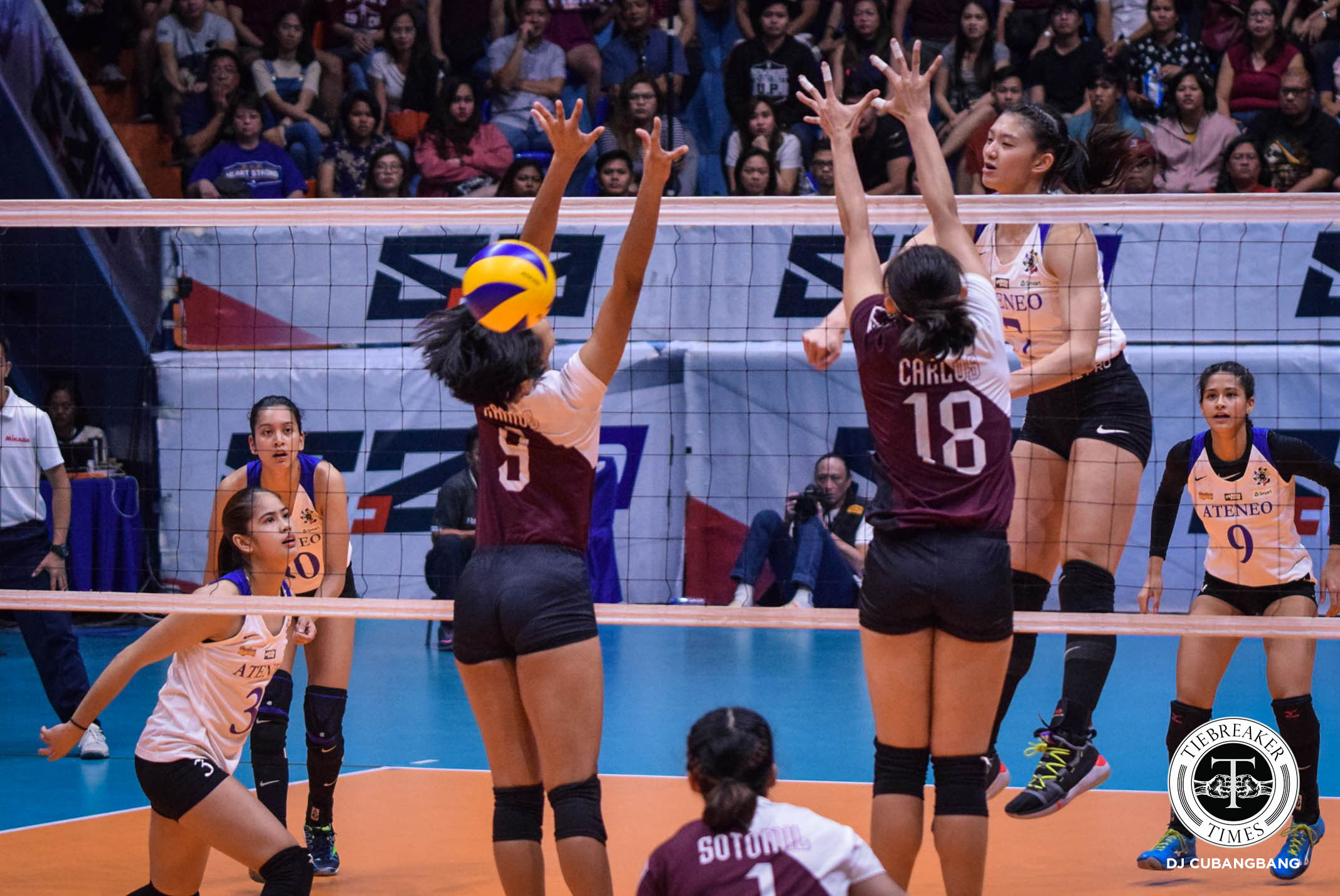 In the much-awaited Battle of Katipunan, the Ateneo de Manila University Lady Eagles rattled off their fourth straight win and claimed the top spot in the UAAP Season 81 Women’s Volleyball tournament standings, escaping the University of the Philippines Lady Maroons, 25-21, 25-18, 28-26, at the FilOil Flying V Centre.

Ateneo battled back from an early deficit, turning a 12-14 gap into an 18-14 advantage. Another string of UP errors led to Ateneo gaining set point at 24-18. The Lady Maroons tried to come back, but Ponggay Gaston converted a wing attack to finish the set.

The Lady Eagles again pounced on the Lady Maroons’ miscues, nursing a consistent lead that ballooned to seven, 20-13. UP made lineup adjustments, but still struggled on receive, resulting in another run of errors that pushed Ateneo to a 2-0 sets lead.

The third frame wound down to a close finish, with Ateneo gaining a 23-21 edge following consecutive long rallies that ended with tight calls. Gaston gave up a service error in the following play, which UP followed with an attack from Marian Buitre that tied the set. The third frame wound down to a deuce that ended with a solid 1-2 play from Ateneo setter Deanna Wong.

“Sabi ko sa kanila na whatever you want, they have to dig deep inside them and do what needs to be done,” said Ateneo head coach Oliver Almadro of the Lady Eagle’s determination.

“My players really prepared well. Sometimes, I let them prepare on their own, talk on their own. My players are responding to the challenge that I gave them,” he added.

Maddie Madayag topped the Lady Eagles with 14 points off eight attacks and six blocks. Kat Tolentino managed 12 markers, 10 of which came from spikes.

Despite sitting out most of the third set, Tots Carlos was the only Lady Maroon in double-digits with 10 points. Middle blocker Aie Gannaban added seven markers.

Ateneo (4-1) look to extend their streak to five when they face the National University Lady Bulldogs (1-4), while UP (3-2) take on the Adamson University Lady Falcons (1-4). Both matches will be played at the FilOil Flying V Centre on Wednesday.