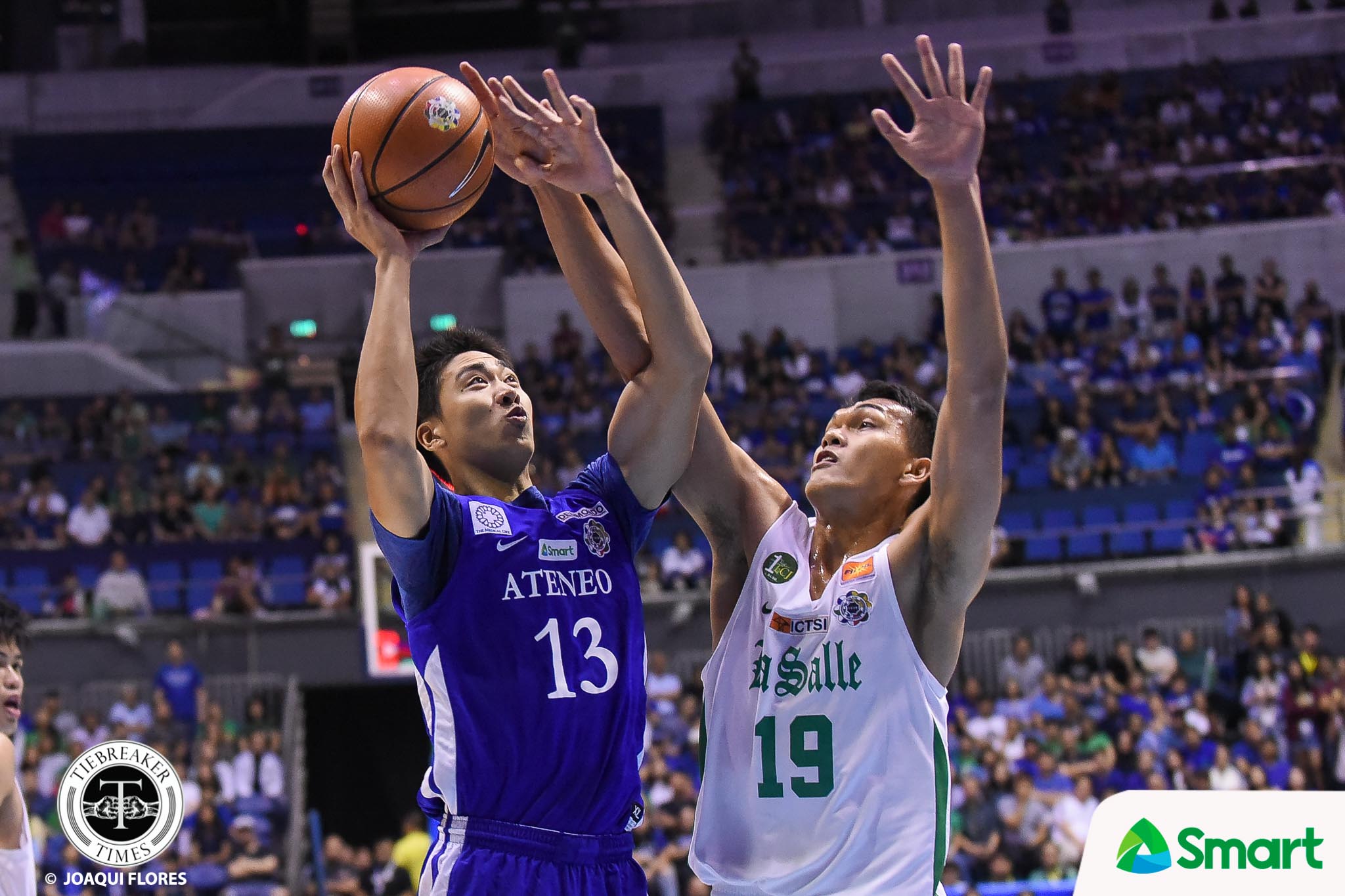 When Ateneo de Manila University Blue Eagles centers Isaac Go and Angelo Kouame got into foul trouble in the second quarter, Ateneans could be forgiven for worrying who would rise to the challenge and protect the paint from the De La Salle University Green Archers’ formidable frontline.

All their worries were all for nothing, though, as William Navarro became the rim protector they never knew they needed nor had.

The former San Beda Red Lion posted numbers of seven points and five rebounds in close to 18 minutes of action, but it was his defense that caught everyone’s eye, as he held his own against the likes of Lenard Santillan , Justine Baltazar, and foreign student-athlete Taane Samuel.

“The opportunity presented itself naman eh. I really had to just step up my game and contribute as much as I can like getting rebounds,” said the 6-foot-5 forward.

Navarro’s presence in the paint allowed Go and Kouame to take a long break from the contest, which in turned allowed the latter to play fresh in the second half. The task may have been difficult, but it was a job well done for him.

“Honestly, medyo nahirapan ako kasi I had to guard big guys like Samuel.

“Wala, I mean opportunity came eh. Foul trouble sila so I just had to step up my game and contribute as much as I can,” shared the former Panathinaikos apprentice.

This performance felt like a long time coming from Navarro. The transferee was impressive in different pre-season tourneys, including the William Jones Cup, but fell off the radar in the UAAP this season, averaging just 2.42 points and 3.42 rebounds in in 13 minutes of game time. He’d be the first to admit that he has had a difficult campaign so far.

“Ngayon, opportunity ito kaya I tried to do my best. I just had to step up.”

And what better timing for Navarro to show his wares than the biggest collegiate game in the country.

Tab Baldwin’s men still have to face the University of Santo Tomas Growling Tigers to end the elimination round. Afterwards, they’re off to the Final Four and hopefully to the Finals, where they will target a first successful title defense since Season 75.

With all eyes on Go and Kouame, expect Navarro to still be a quiet, but efficient worker for the Blue Eagles.

Paolo Hubalde makes sure to give back to Valenzuela: ‘Hindi nila kami iniwan’