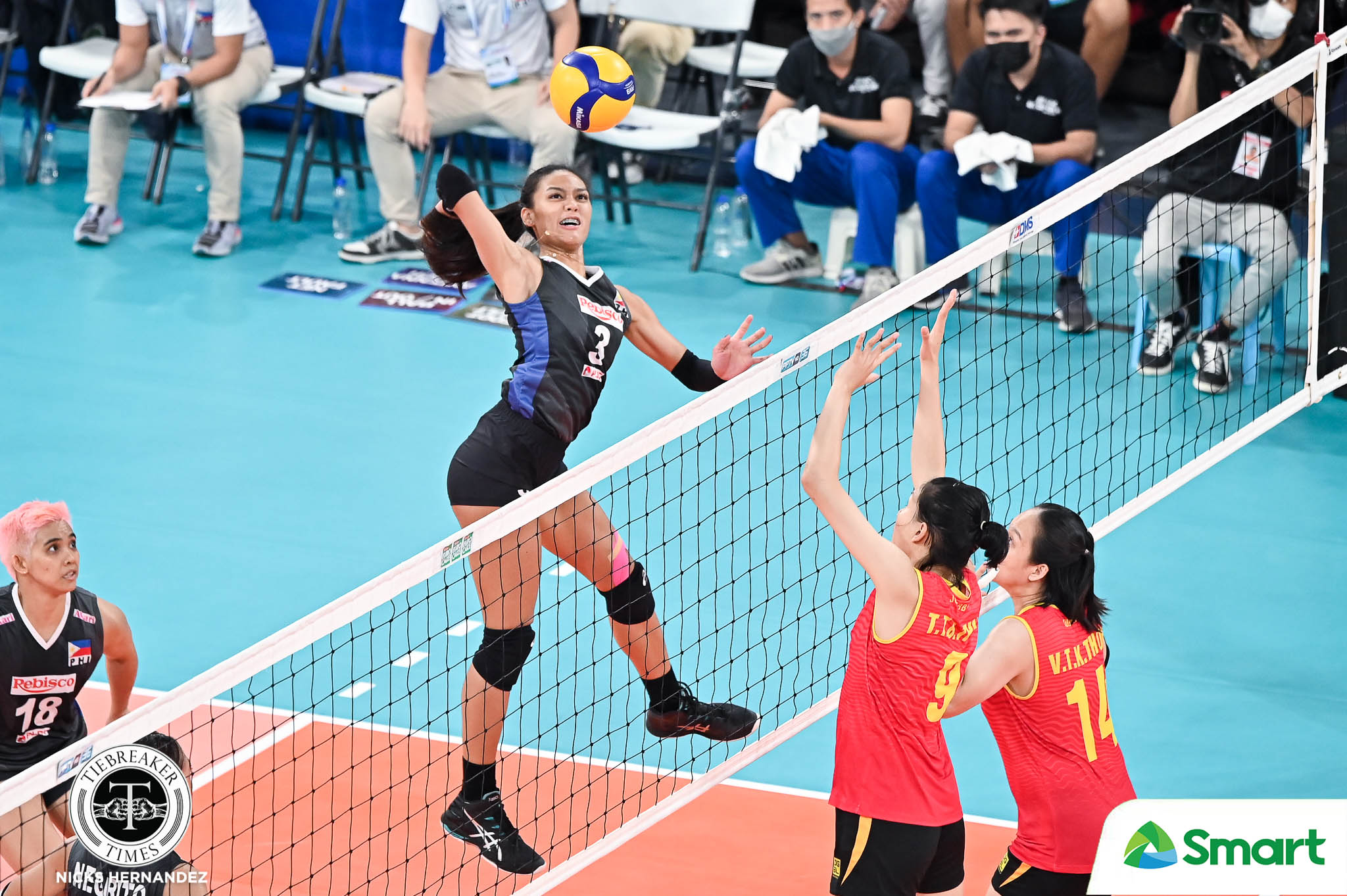 The Philippine women’s volleyball team absorbed its second straight loss following a three-set beating at the hands of Vietnam, 25-12, 25-16, 25-16 in the ASEAN Grand Prix at the Chathai Hall in Nakhon Ratchasima.

The Vietnamese wasted no time in dismantling the Filipinas, leading by as big as 13 points, 22-9, after a powerful hit coming from T4 in the first set. The Philippines went on a 3-1 spurt thanks to Celine Domingo and Rose Vargas but Doan Thi Xuan scored on consecutive attempts to finish off set one.

Close was the early goings of the second set, with Vietnam only leading by just one point, 14-13. However, Xuan kick-started a 6-0 blast that gave the Vietnamese a 20-13 advantage. Domingo and Jema Galanza tried to pump life into Creamline but it was not enough as Xuan put on the finishing kick to give her side a 2-0 lead.

Vietnam turned it up a notch in the third set, running away from the Philippines early to close out the game with a 25-16 output and improve its standing to 2-0.

Next up for the Philippines is Indonesia tomorrow, Sunday at 4:00 PM.