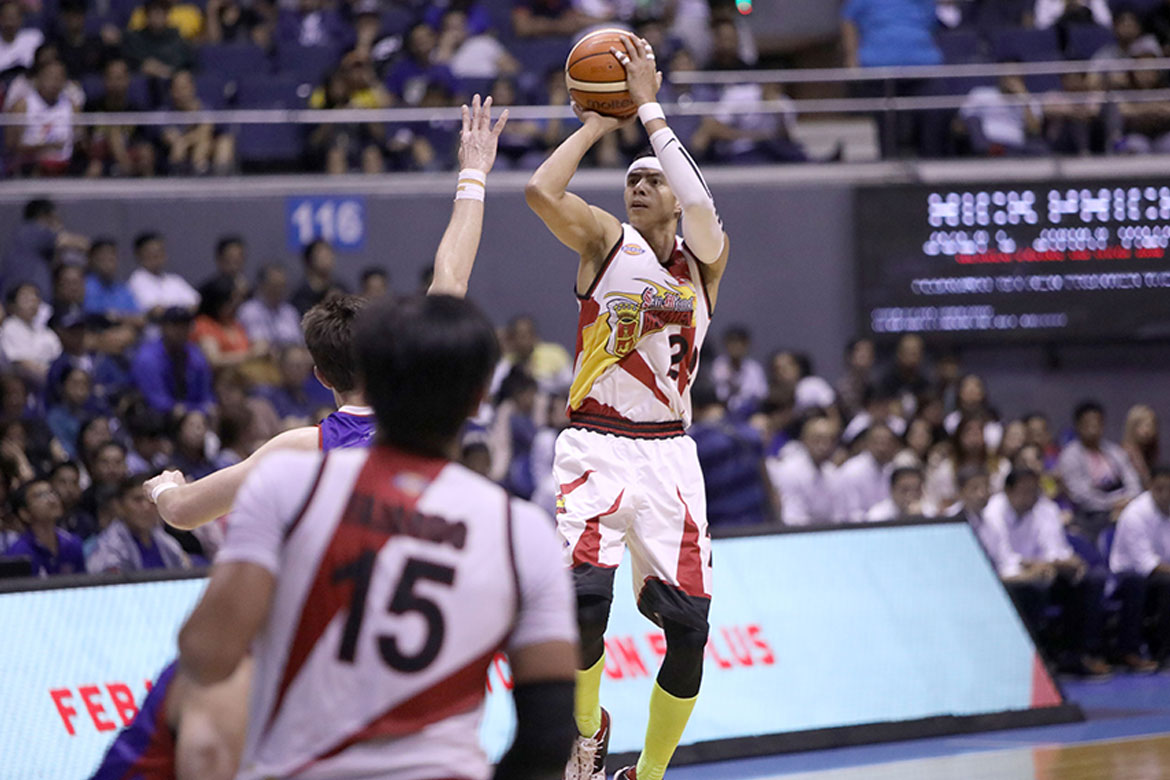 The defending four-time champions’ 113-92 obliteration of Magnolia – in the rematch of last season’s All-Filipino Finals – marked their second straight victory. The Beermen now have their first winning streak in the opening conference.

The win also marked the first time in the tilt that they improved their winning percentage to above .500. San Miguel now own a 4-3 record.

Even the 2013 league MVP himself had a good outing.

After scoring just four in their 93-79 win over Blackwater Elite last February 6 – his return after missing their game versus Rain or Shine Elasto Painters last February 1 due to food poisoning – Santos scored 29 versus Magnolia.

For Santos, it’s been their desire to become a better team on defense that brought about their victories. Prior to this, in their three losses, San Miguel allowed teams to score an average of 112 points over them.

For the first time, Boyet Fernandez enters D-League as underdog