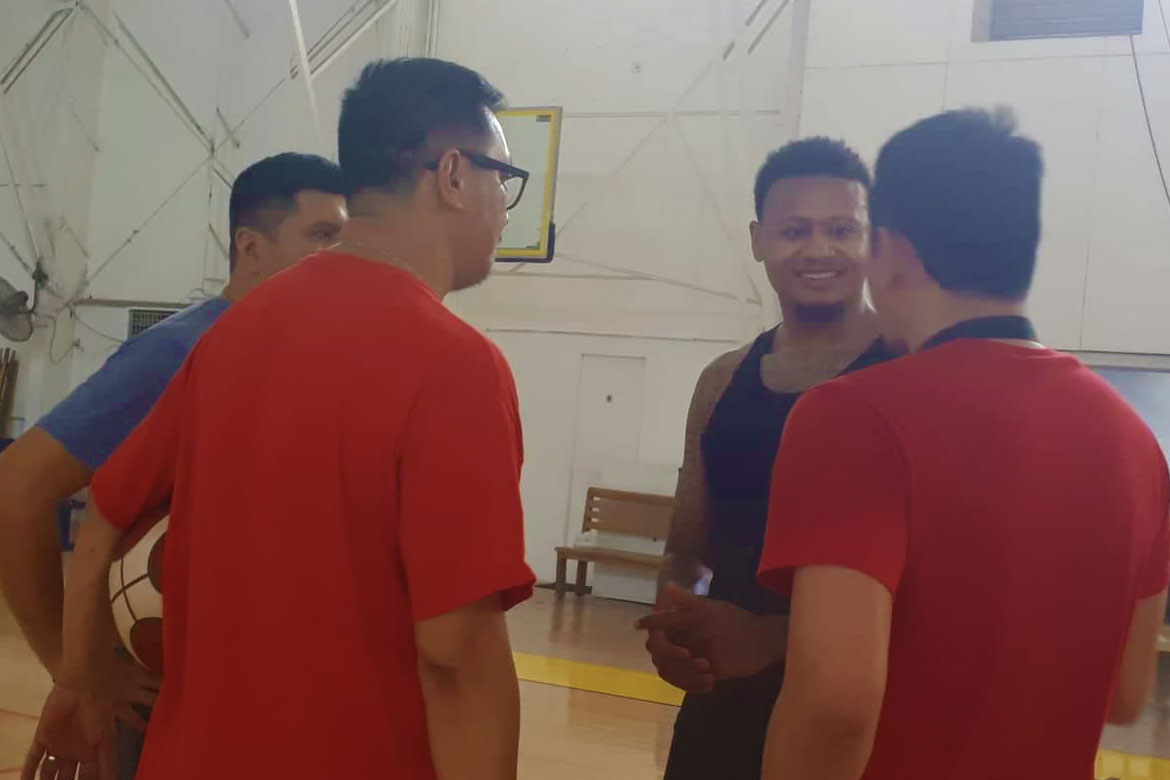 And it certainly re-energized the Elite, who finished in last place during the 2019 PBA Philippine Cup, according to interim head coach Aris Dimaunahan.

“When he entered, everyone was grabbing a ball and shooting their shots.”

The courtship between Blackwater and the second generation cager lasted for months, as Parks still needed to finish his duties with ABL club team San Miguel Alab Pilipinas.

Though the Elite have yet to play a game with the second overall pick in the 2018 PBA Rookie Draft, he certainly looked worth the wait after just one practice.

“Okay siya. He works hard. He was here early; an hour before call time nandito na siya, taking some shots here and there,” Dimaunahan continued.

“It’s a good sign that he was here early kasi it’s a sign of his commitment sa team namin and for himself also.”

Parks will not need to adjust to Blackwater all by his lonesome, as the Elite went through a restructuring after the Philippine Cup.

Besides Dimaunahan taking over from Bong Ramos, Ever Bilena’s loyal soldier Patrick Aquino was also named as the team’s interim team manager.

For Dimaunahan, their goal is to change the culture of the team.

“We’ll try to change up also how to change the outlook of our practices. We want to practice lively at masaya lahat, na yung atmosphere maganda yung competition for them para mabuo yung team namin. Gusto namin na, as much as possible, maging mas masaya practices namin na highly-competitive and short na high intensity,” he closed.