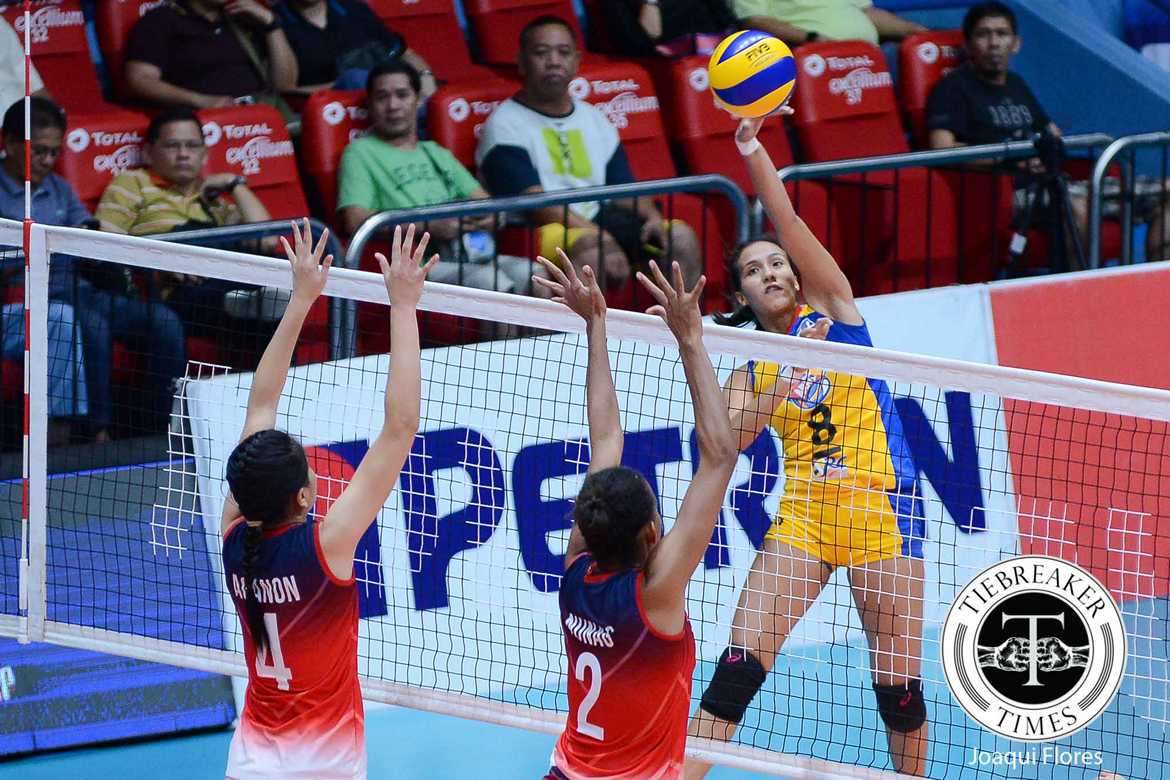 As they have done all season long, the most celebrated club team in Philippine volleyball made one last push in what could be their last game together.

After a strong start, the RC Cola-Philippine Army Lady Troopers bucked off the fatigue from a long and grinding season, defeating the Petron Tri-activ Spikers in five sets, 25-18, 25-23, 21-25, 19-25, 15-10, to take third place in the 2016 PSL All-Filipino Conference, Thursday evening at the Filoil Flying V Centre in San Juan City.

Jovelyn Gonzaga, one of the younger members of the Lady Troopers, fired off 22 markers in the game, 17 from attacks and five from blocks.

Reminiscent of their 6-0 start to the season, the Lady Troopers raced to an early 23-14 lead in the opening set. A lucky point from Nene Bautista and an attack error by Bernadeth Pons ended the set in favor of the veteran-laden Army.

The Lady Troopers continued to surge in the second frame, racing to a 24-18 lead. However, Army had a tough time closing out the set, leading to a 5-0 rally by Petron, powered by Pons, to cut the lead to just a solitary point. Fortunately for Army, setter Kyle Negrito tried to go for a soft dump in the next possession, a questionable move, which led to a kill by Bautista.

Just like the second round of the tournament that saw Army go listless, the Lady Troopers dropped their guards, falling to fatigue, as their powerful attacks and services suddenly disappeared while its reception failed them.

The young Tri-Active Spikers, behind Pons and Cherry Nunag, took advantage of this, blasting the Lady Troopers in the next two sets. Moreover, attack errors by Royse Tubino and soft services by the rest of the team compounded Army’s problem, resulting in a fifth and deciding set.

In what could have been the last set for this roster of Lady Troopers, Army captain Jovelyn Gonzaga willed her team in the final set.

An inspired Lady Troopers squad, who suddenly found their second wind, raced to an early 8-2 lead. Pons tried to lift Petron back, but lady luck had switched sides, joining the Lady Troopers in a couple of plays. An excellent save by Tubino that was accidentally kicked by Mina Aganon gave Army their 11th point, while a service error by Negrito gave Army match point later on.

And just as she has done all season long, Gonzaga, in what could have been her last game of professional play for the year, flew to the air, blasting a powerful kill to give her seniors another medal.

For Petron, Pons led the Tri-Active Spikers with 17 points, all but one coming from kills. Aiza Pontillas and Ces Molina punched in 12 and 11 markers respectively.