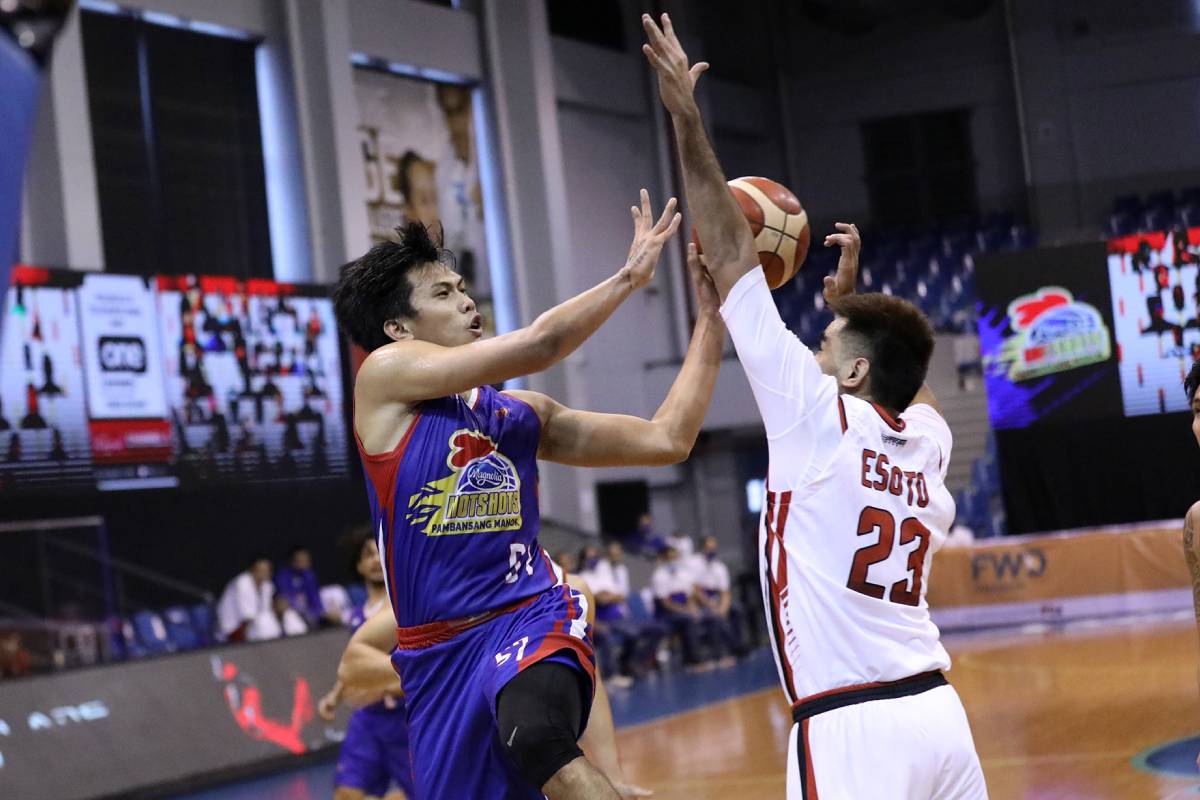 SMART CLARK GIGA CITY — Among the challenges Magnolia faced with rookie Aris Dionisio early was integrating him with the squad, since he had little time to practice with the Hotshots prior to entering the bubble.

Before that, Dionisio was also playing for Manila in the MPBL.

But while they spent time as a unit inside the bubble, Dionisio got to form that bond with his teammates. And that boded well for him through some notable outings in the 2020 Philippine Cup.

Then on Wednesday, the St. Clare product continued to show how much he has progressed with the Hotshots when they took on the already-eliminated Blackwater to conclude their elimination round campaign.

Dionisio produced 12 points, spiked by three triples, along with four rebounds and a game-high three blocks. His energy powered their 95-80 conquest of the Elite, to head into the quarterfinals with six straight wins.

With that, the 6-foot-5 big man was bestowed the Best Player of the Game citation. And for that, he feels very honored.

Victolero, on the other hand, feels proud to see Dionisio finally show what he’s capable of doing for the Hotshots.

It marked the second straight game that the rookie finished in double figures. He previously had 10 in their over NorthPort last Sunday.