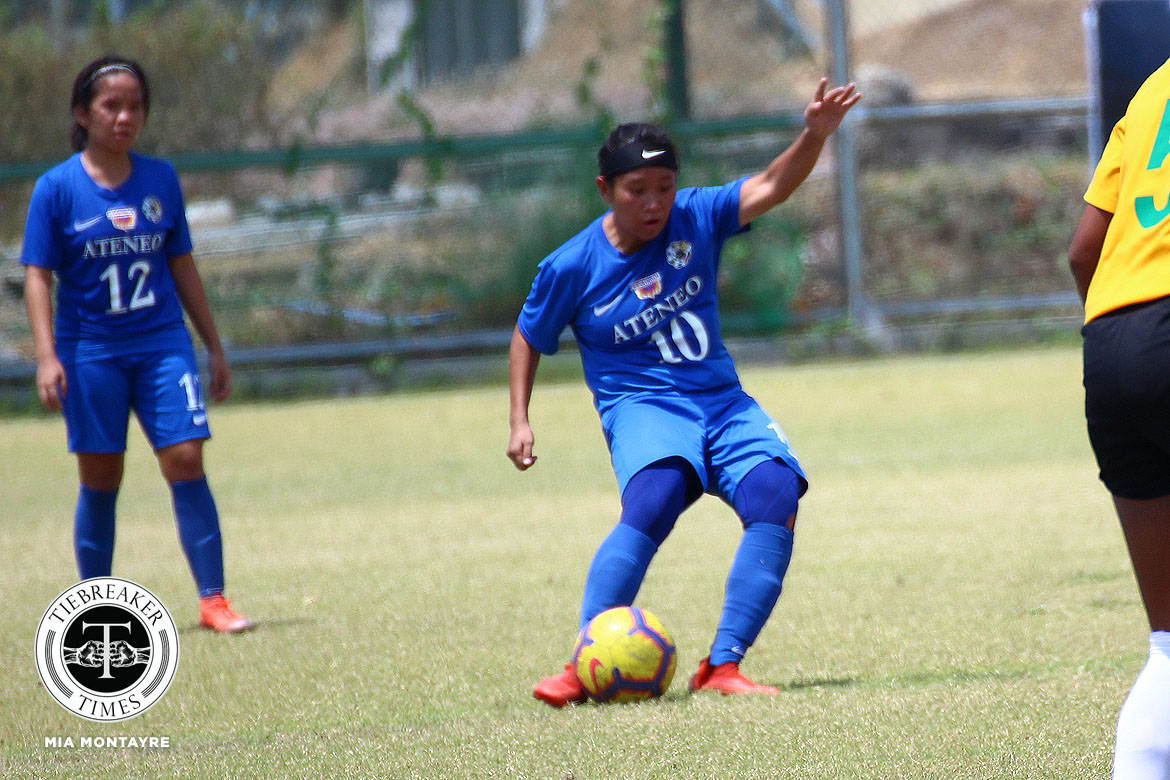 The Ateneo de Manila University Lady Eagles may have shown heart right until the end, but it wasn’t enough to earn a win over the finals contender.

The Lady Eagles and the Far Eastern University Lady Tamaraws fought out a 1-1 stalemate in the UAAP Season 81 Women’s Football Tournament, Wednesday morning at the Circulo Verde field in Quezon City.

The result elevates Ateneo and FEU’s points tally to 5 points and 11 points respectively. Jay Pee Merida’s team is still at fifth place due to an inferior goal difference, while Let Dimzon’s wards are still in 2nd place.

“First of all, the girls showed good character talaga,” said Merida, who lamented how his side conceded the first goal. “Of course, we needed these three points. Nakaka-frustrate lang kasi we didn’t get our objective, which is to get the three points.”

The Lady Tamaraws drew first blood two minutes from halftime thanks to a header from Rocelle Lecera. Jovelle Sudaria unleashed a free kick that struck the Lady Eagles crossbar, which then allowed Lecera to head the ball into the net.

With three valuable points on the line by this point of the match, Ateneo found a way to retaliate early in the second half. FEU conceded a penalty due to Lecera’s handball, and Ann Cabrera converted it in the 52nd minute.

The Lady Eagles worked hard to find another goal, but the Lady Tamaraws defense – led by skipper Hannah Pachejo and goalie Kim Pariña – thwarted them time and time again.

At the opposite end of the pitch, Ann Onrubia had two good chances to sink Ateneo. Unfortunately, she failed to find the back of the net with her two sniffs at goal.

Ateneo forward Martie Bautista had a late chance to snatch all three points with a last-minute header, but her attempt was too tame for Pariña. The Lady Eagles are not yet out of the post-season race but they need a miracle to enter the finals.

Ateneo (5 points) resume their campaign against defending champions De La Salle University on May 4, 2019, 3:00 PM. On the other hand, FEU (11 points) also face the Taft-based school but on May 8, 2019. Circulo Verde will continue to host both games.