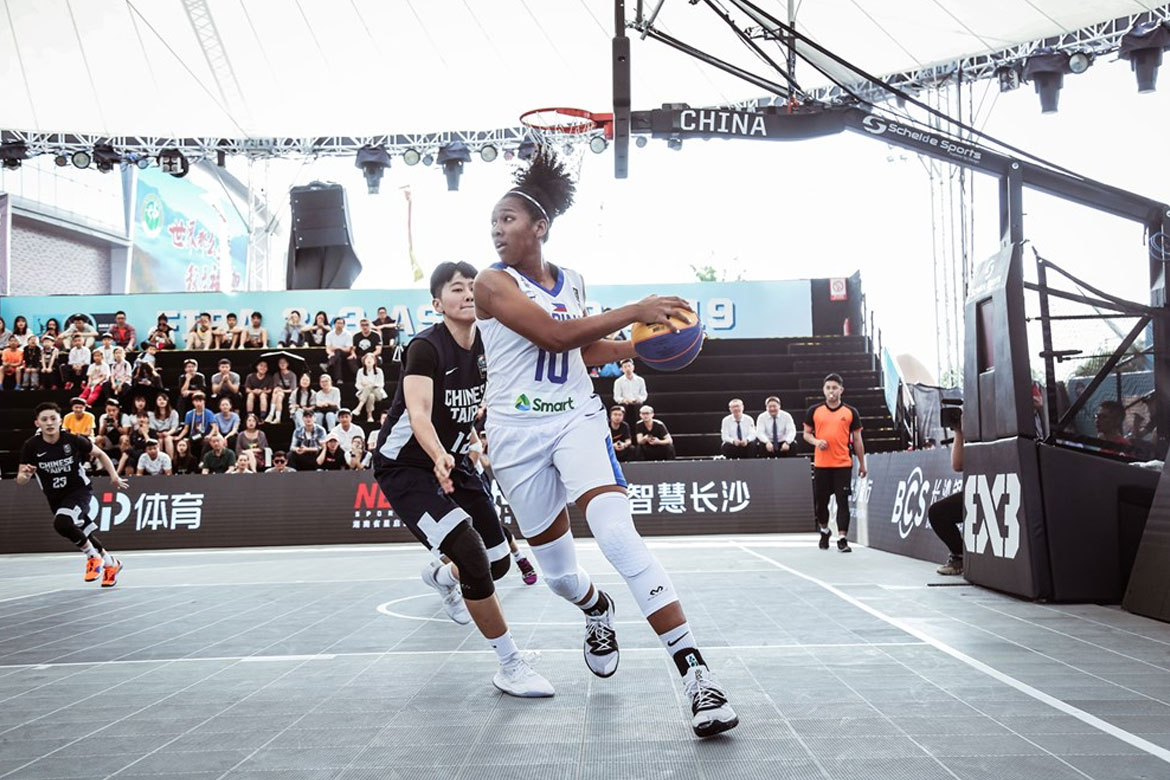 Coming off a dominant 21-1 whipping of Samoa, Gilas Pilipinas Women’s 3×3 were put to the test against Chinese-Taipei.

Jack Animam and Clare Castro imposed their will late to carry the Philippines to a 16-13 win, Wednesday afternoon in Changsha, China.

The win propelled the Philippines to a 2-0 record in qualifying pool A.

Unless Gilas Women’s suffer an upset loss against 0-2 Vanuatu, while Chinese-Taipei scored a massive rout of Samoa on Friday, the Philippines will march on to Pool C of the Asia Cup together with Japan and Sri Lanka on Friday.

The backcourt duo of Janine Pontejos and Afril Bernardino provided the spark for the Filipinas.

With Gilas down 4-6, the pair started a 7-0 run. But it would not be possible without the twin tower combination of Jack Animam and Clare Castro. The two forced Chinese-Taipei to shoot from the outside.

Hsiang-Ting Huang tried to stop the bleeding for the Taiwanese, but Pontejos fancied her way in the paint, creating a six-point cushion with two minutes left.

Pontejos and Bernardino had four markers each.

Animam then provided the inside buckets to stave off Chinese-Taipei and seal the victory.

Coming off a two-point outing against Samoa, Animam – the reigning UAAP MVP – had a team-high five markers.