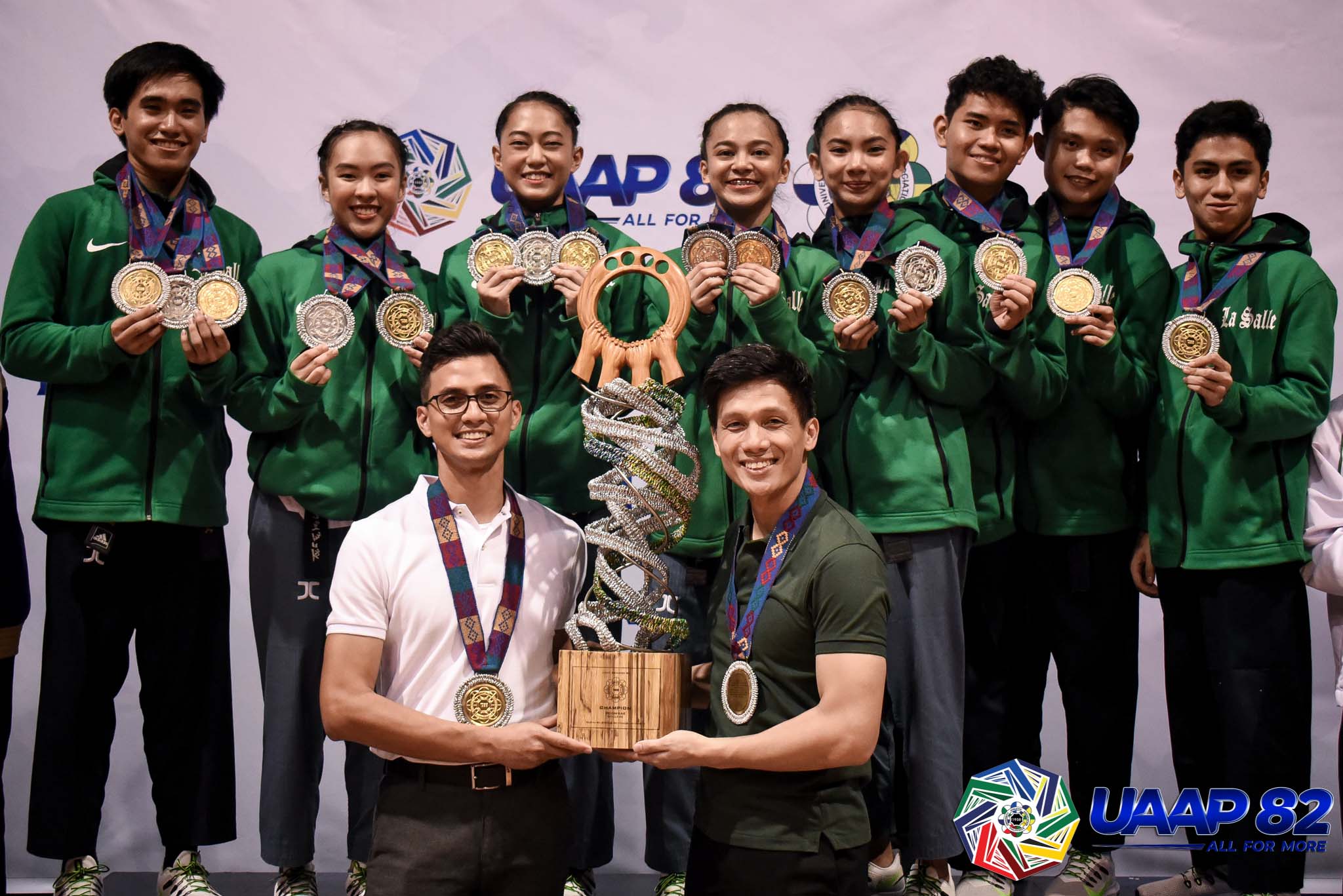 This is La Salle’s third overall crown in the league’s only co-ed sport.

Gaw and Perez combined for two golds and a silver to their names as they took the individual titles and the mixed pair silver. The trio of Daphne Ching, Zyka Santiago, and Mikee Regala took the other runners-up finishes.

“It was me for the month, and we really had to work double-time for the missed time. So they really worked hard,” said La Salle head coach Brian Sabido, who took over the team just a month ago from his brother JP.

And Sabido needed to squeeze everything from the Green Jins to take this one. 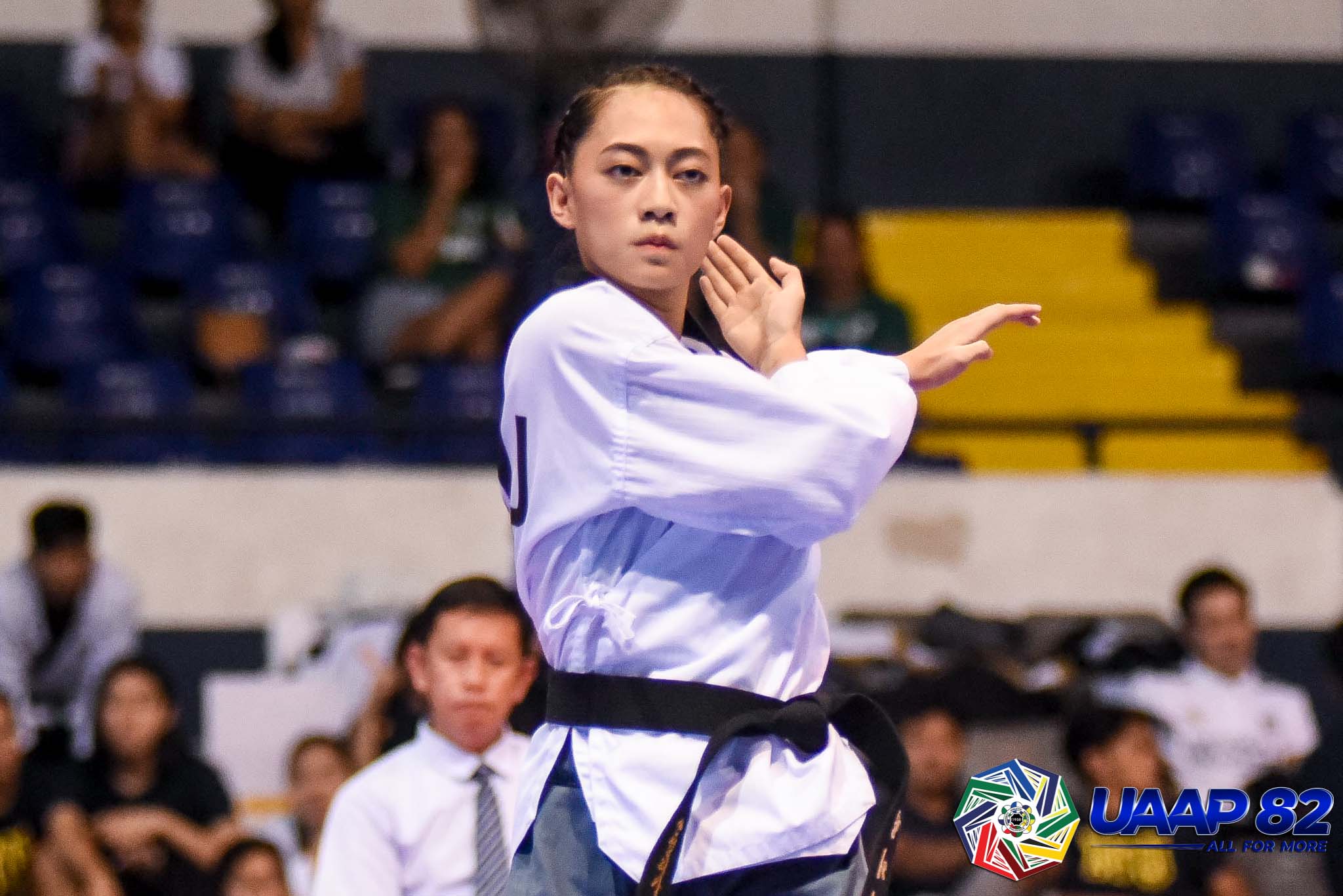 Gaw pulled off an escape act in the finals of the female individual event to take the Green Jins’ first gold of the day with an average of 8.050. Her score was just 0.020 ahead of University of the Philippines’ Patricia Jubelag. Denise Alicias of National University finished at a distant bronze with a 7.835. 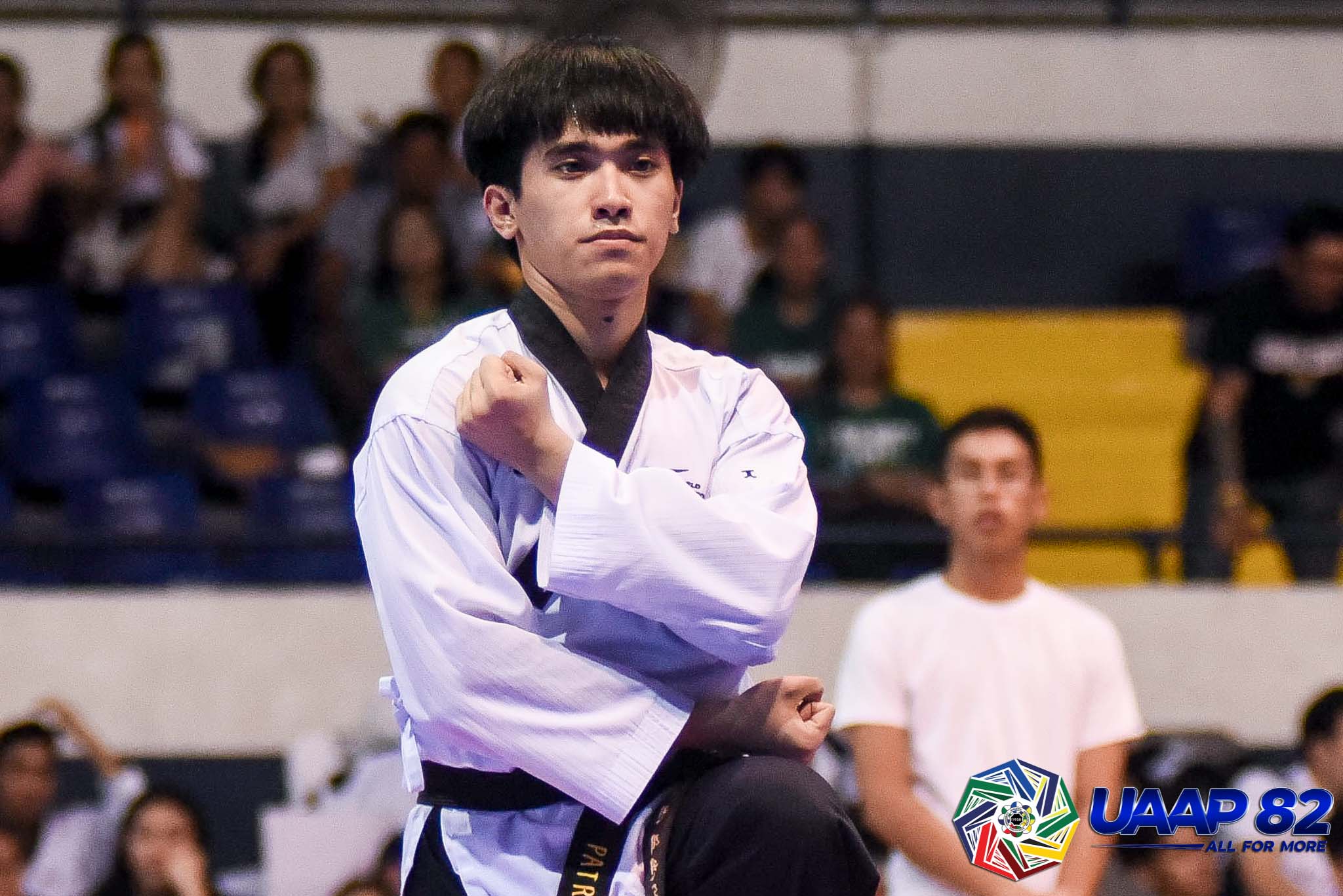 For his part, last season’s rookie of the year Perez outclassed his opponents in the male individual event with 8.140 for his second straight gold. Eventual Rookie of the Year Ricco Teraytay of NU produced 7.980, while UP’s graduating senior Lyan Llanto pulled off a bronze with a 7.900. 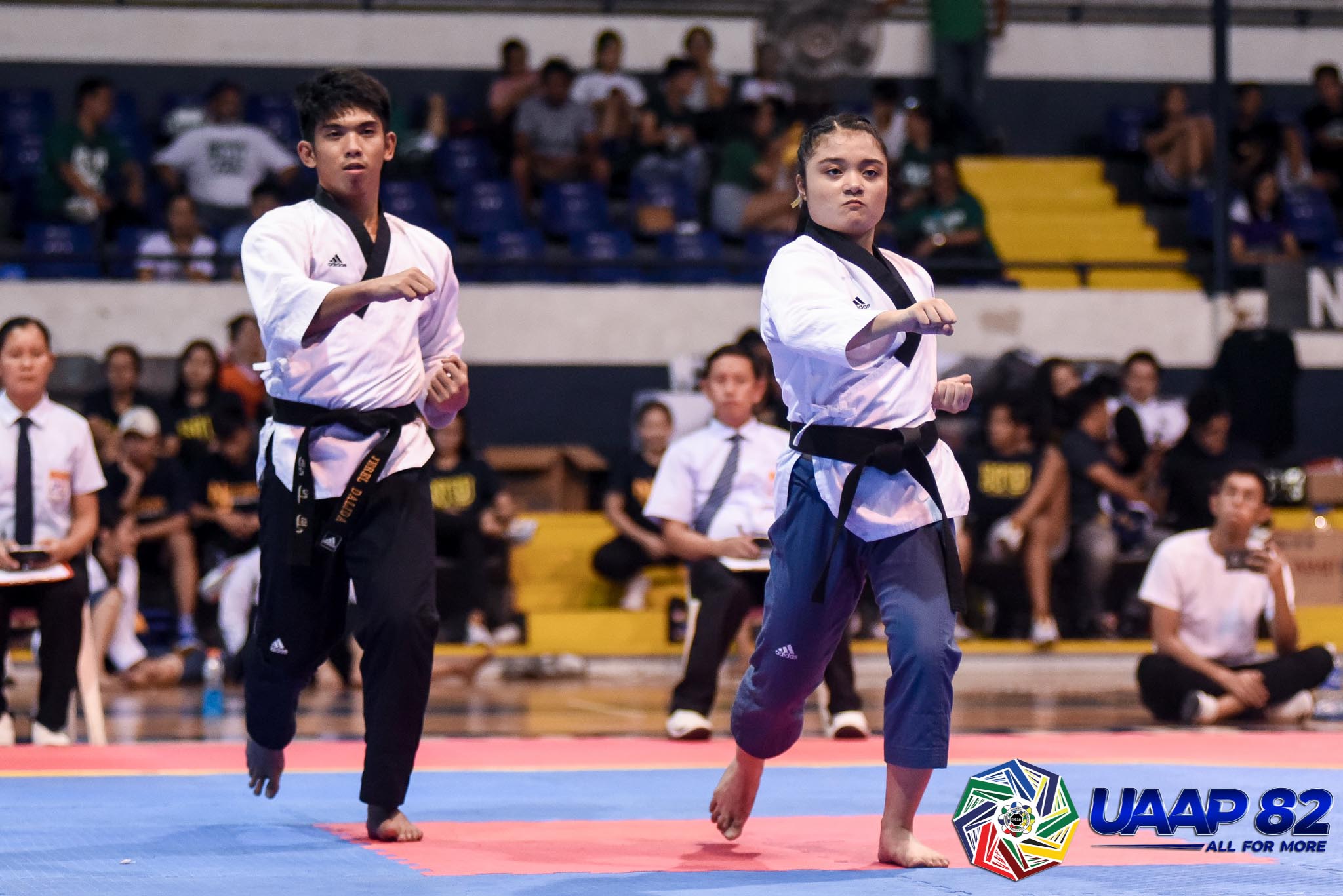 University of Santo Tomas’ Jerel Dalida and Jade Carno denied La Salle an outright title after snagging the mixed pair gold with an 8.170.

However, the silver of Gaw and Perez in the event was enough to propel La Salle to the top, as the Lady Maroons and the Bulldogs took home team golds in the women’s and men’s pair, respectively.

“It’s a great feeling. Everyone sacrificed for this. I needed to adjust my own schedule, and they needed to adjust as student-athletes. I had a lot of help from JP, my brother. We are actually a team of five coaches doing our part,” Sabido added. 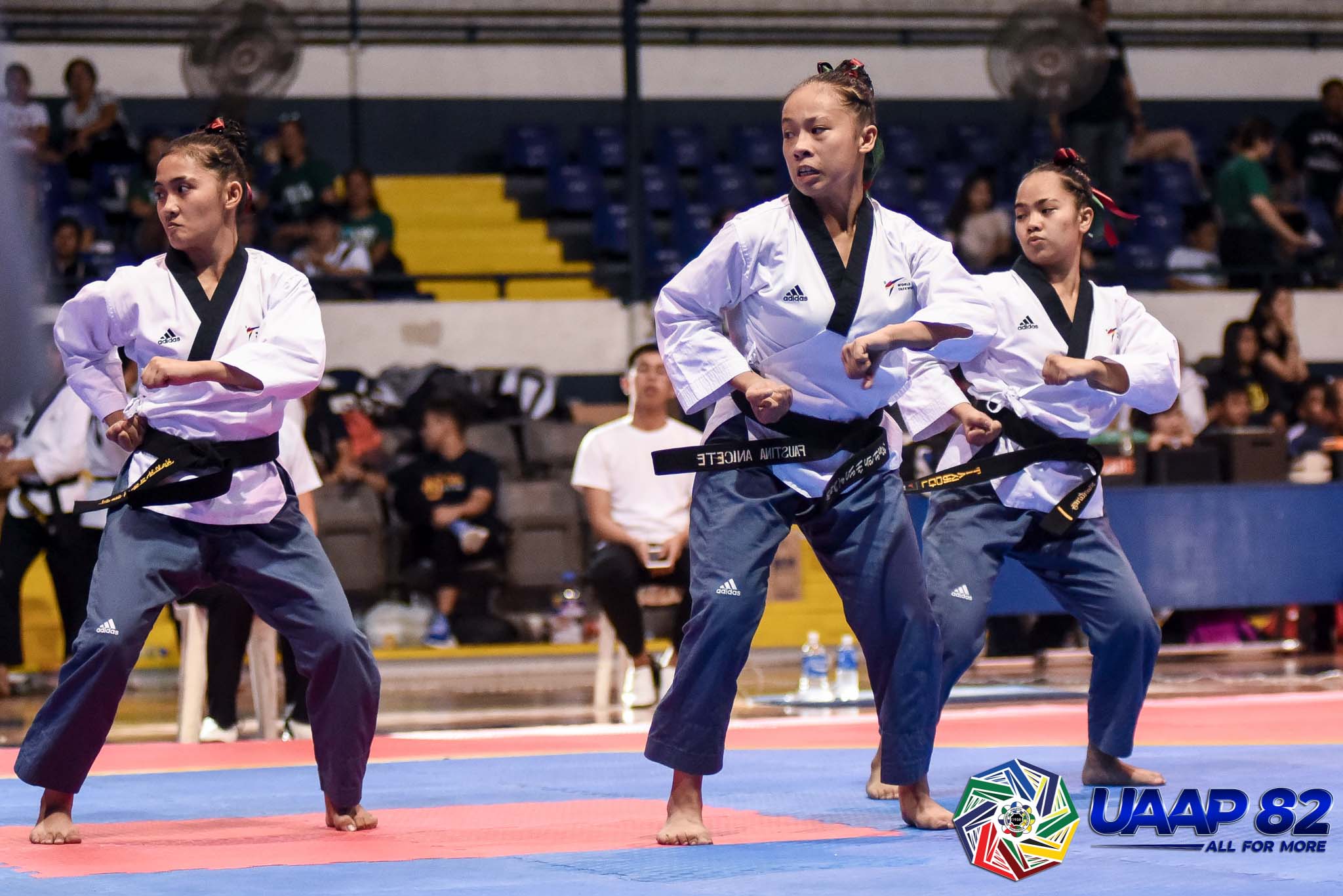 Jubelag ended her UAAP career with her third female team mint as she, along with Gretel Delos Martirez and Kate Castillo, dominated the finals, tallying an 8.035 for UP. La Salle got the silver with 7.885, while UST’s Erin Saceda, Nastassia Limos, and Carno had 7.770 for the bronze medal. 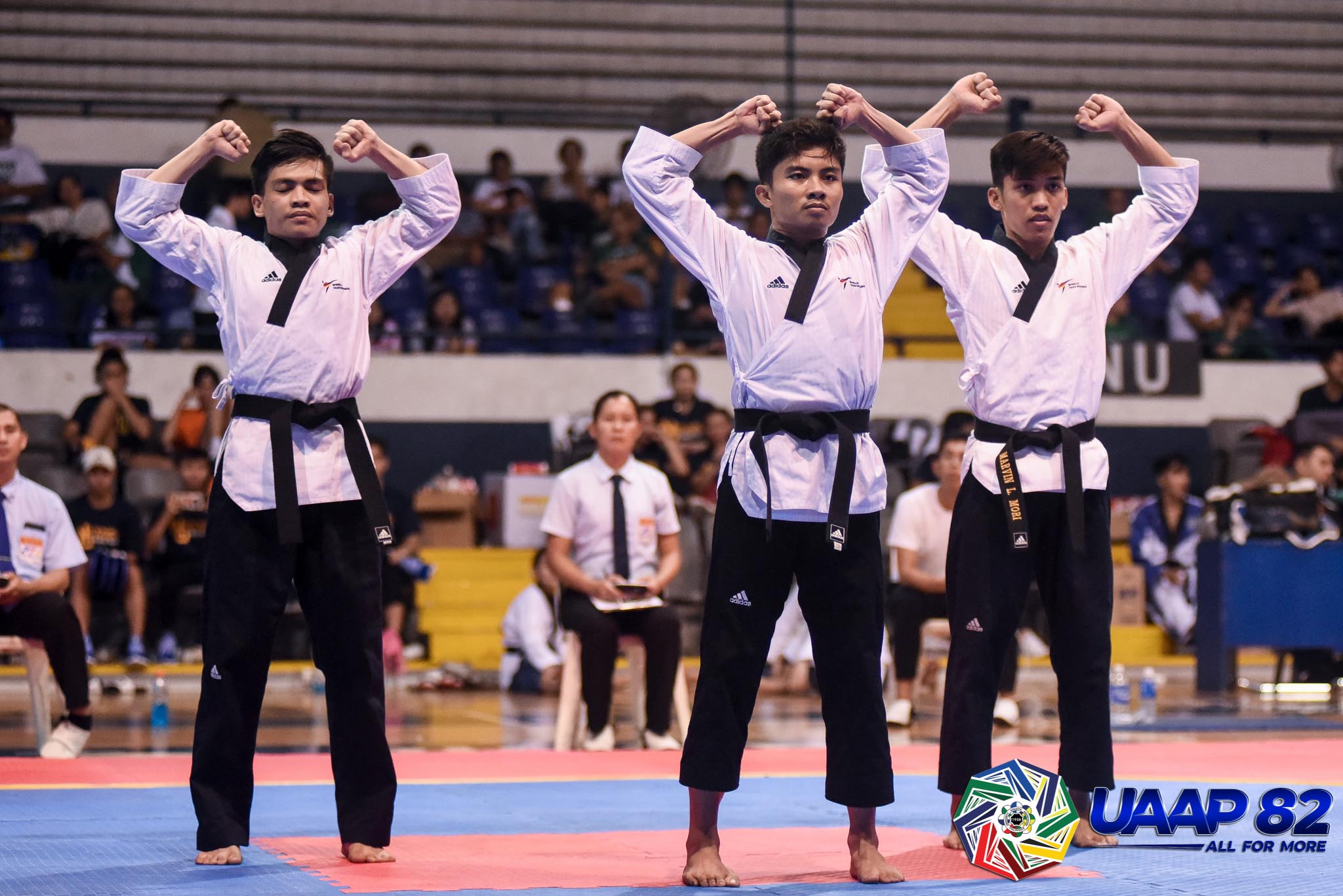 NU concluded the event with its first-ever poomsae event gold in the men’s team, overshadowing UP and UST. Kier Macalino, Teraytay, and Marvin Mori amassed 8.035.

NU and UP both had a gold, a silver, and two bronzes to their tally. However, the Bulldogs claimed the runner-up finish as they entered the finals of all events. The Fighting Maroons missed the mixed pair medal round to end in third place for the second consecutive season.