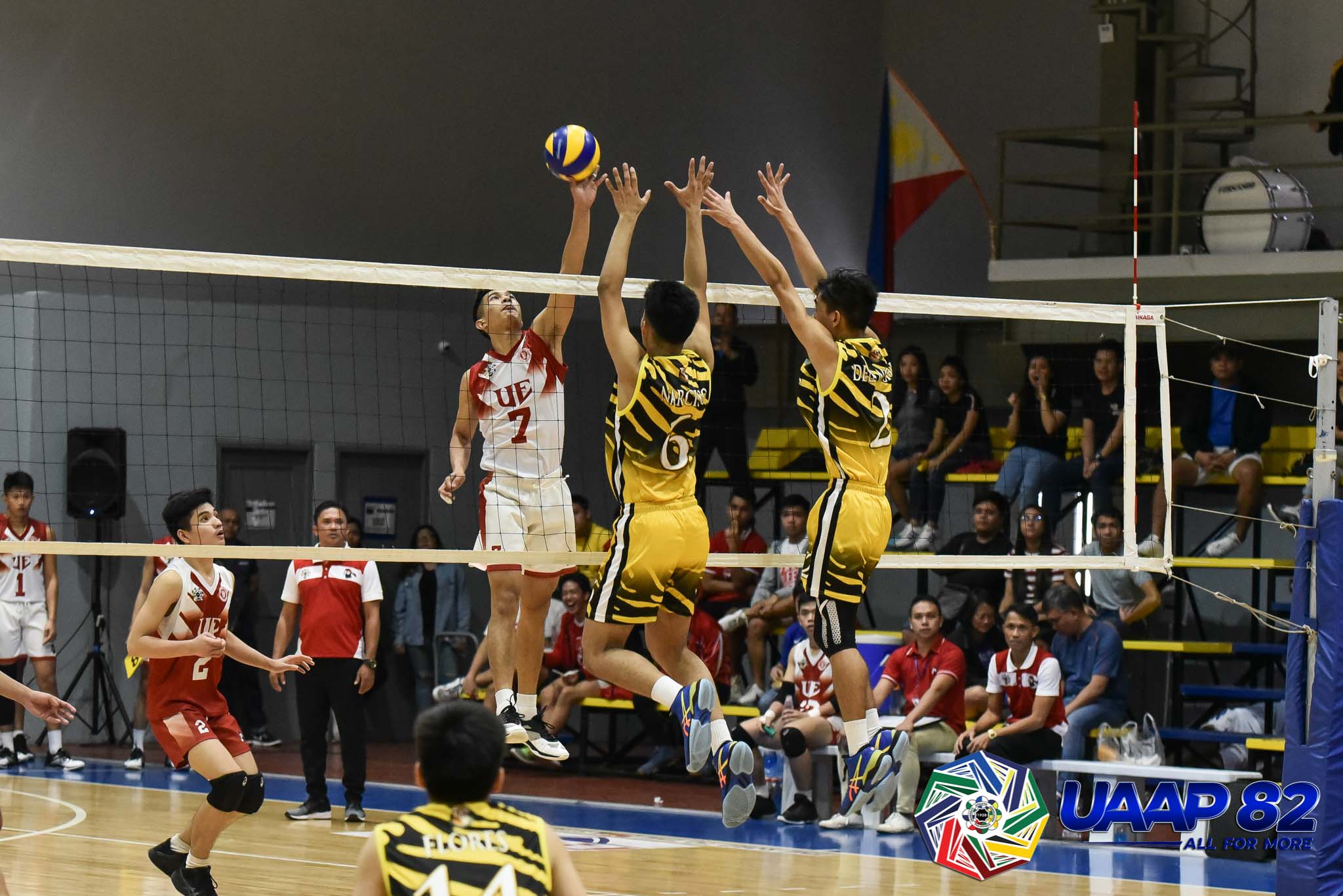 The University of the East remained unscathed, while the National University-Nazareth School continued their uphill climb with their third straight win in the UAAP Season 82 Boys’ Volleyball tournament at Paco Arena Saturday.

The Junior Warriors started the fourth frame firing with a 12-4 lead to pull away for good after the Tiger Cubs were able to get a lifeline by winning the third set behind Giles Torres.

Knotted at 7-7 in the third set, the Bullpups put together a 14-4 blitz to put the game out of reach and continue their rise from a 0-2 start.

The Blue Eagles were led by Amil Pacinio’s nine points. They fell to sixth place with a 1-4 record.

Marapoc spearheaded the Baby Falcons with 16 points on 13 spikes, two blocks, and an ace laced with 15 excellent receptions. Evander Novillo poured in 11 markers.

Andre Espejo had a game-high 17 points for De La Salle-Zobel.

Action resumes with a triple-header on Wednesday at the same venue.