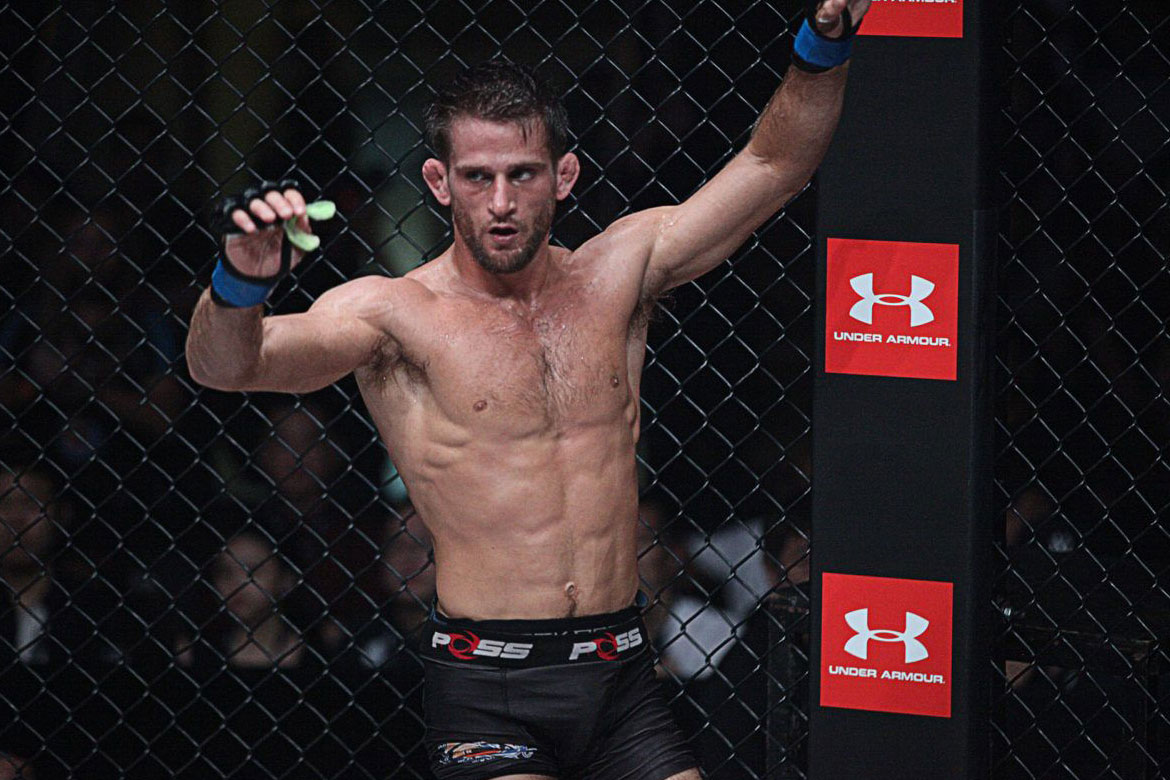 After falling short in his bid to become a world champion in the sport nearly eight months ago, former world title challenger Andrew Leone is eager to redeem himself, as he kicks off his 2018 with a marquee match-up versus a celebrated Filipino dynamo.

Leone is slated to lock horns with Team Lakay’s Kevin Belingon in the main event of ONE: Heroes of Honor, which takes place at the SM Mall of Asia Arena in Manila, Philippines on Friday, April 20.

“I love Asia. I’ve been living and competing here for a very long time. I’ve been to different countries and cities, including Manila. Manila is a special place because it’s where I had my promotional debut for ONE Championship,” he said.

“It’s great to have my first match for 2018 in Manila. It feels like I’ve gone full circle.”

An eight-year mixed martial arts veteran who dynamically carved his niche in the Asian combat scene, Leone appears destined to be a world champion after making waves in the organization when he debuted with a victory over Belingon’s teammate and future ONE Interim Flyweight World Champion Geje Eustaquio in May 2013.

Ever since his maiden appearance in ONE Championship, the 28-year-old native of Cortland, New York has strung together two solid victories over high-level opponents inside the cage.

But surprisingly for a highly-decorated competitor like Leone, who trains alongside some of the most talented combat sports athletes in Asia at the renowned Bali MMA gym in Bali, Indonesia, it took him four arduous years to get a crack at ONE Championship’s prestigious bantamweight crown.

“There were moments in my career when I was already near to the title shot, but suddenly I lost the momentum due to circumstances that were beyond my control. I really pushed myself very hard to reach the top,” he shared.

“Finally after four years, I had the chance to vie for the world title.”

Leone challenged Bibiano Fernandes for the ONE Bantamweight World Championship in August 2017, but he yielded to the Brazilian legend via first-round submission.

“It was a tough loss. I worked very hard for that bout, and I only lasted for almost two minutes inside the cage with him. I believe I could have done more against Bibiano Fernandes, but it is what it is,” he recalled.

Leone affirmed that he still has gold on his mind, revealing that he views his upcoming meeting with Belingon as a chance to throw himself back into the world title mix.

“I heard Kevin Belingon was supposed to be next in line for the title, but the promotion had other plans.

“Winning the title is my happy ending in this journey. If I win this, I know I will be in a great position to face Bibiano for the title again,” he stated.

Belingon has won four-straight contests since October 2016, including scintillating triumphs over ex-bantamweight title contenders such as Toni Tauru and Reece McLaren.

The 30-year-old Baguio City resident desperately wants a second shot at the ONE Bantamweight World Championship after being submitted by Fernandes in January 2016.

Against a stand-up specialist like Belingon, there are clear areas where Leone sees that he has an advantage and will be looking to capitalize, including the exuberance of youth.

“I’m a lot younger. I think I’m faster, I’ve got some good scrambling, and I’m a little bit taller,” he explained.

“I’m going to get there in and just wrestle him. I see a lot of different positions coming up that I’m going to take advantage of and come out on top.”

According to Leone, his warpath back to the ONE Bantamweight World Championship picture commences on April 20.

“A win in this match will definitely put me in line for a rematch against Bibiano. I want that title shot again,” he said.

“If Kevin Belingon is blocking my way to earn that spot, I have to take him out.”

Related Topics:Andrew LeoneONE: Heroes of Honor
Up Next