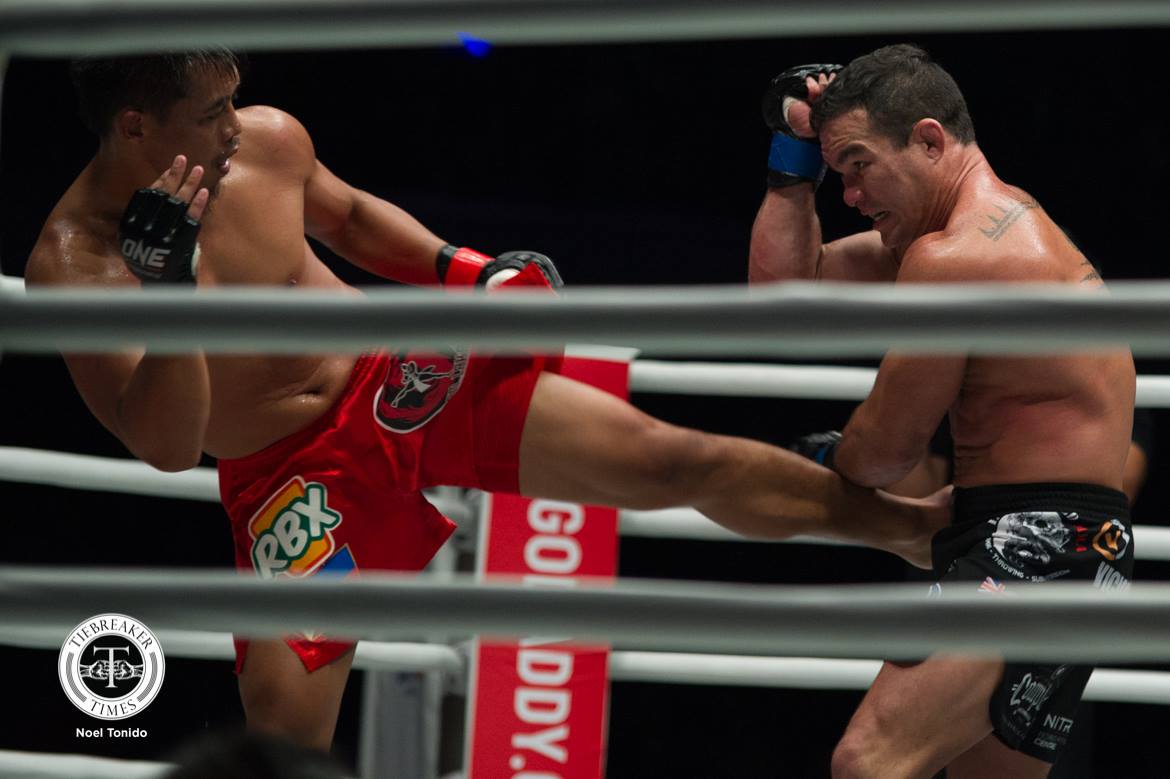 Light-footed Honorio Banario weaved around his heavy-handed opponent Adrian Pang en route to a split decision win, Friday evening during ONE: Heroes of the World at the SM Mall of Asia Arena in Pasay City.

This is the former champion’s fifth straight win, raising his record to 13-6.

“I would like to thank the fans for supporting me. Mabuhay kayong lahat,” said Banario, who had his hand raised by special guest WBA Super Flyweight Champion Jerwin Ancajas.

The bout though was far from his decisive knockout win over Jaroslav Jartim a year ago.

Knowing the Australian was slower and older than him, Banario danced around him, settling for counter punches early in the bout. Frustrated, the 40-year-old freestyle fighter put his hands on his waist. Banario took advantage of this by peppering Pang with head kicks.

The trend continued into the second round.

“I would like to thank Adrian Pang for taking this fight. He is the greatest fighter I ever faced. This guy did not have any excuses to take this fight,” he remarked about his opponent.

With his back against the wall, Pang went for broke in the final round, throwing an array of strikes including a spinning back kick. 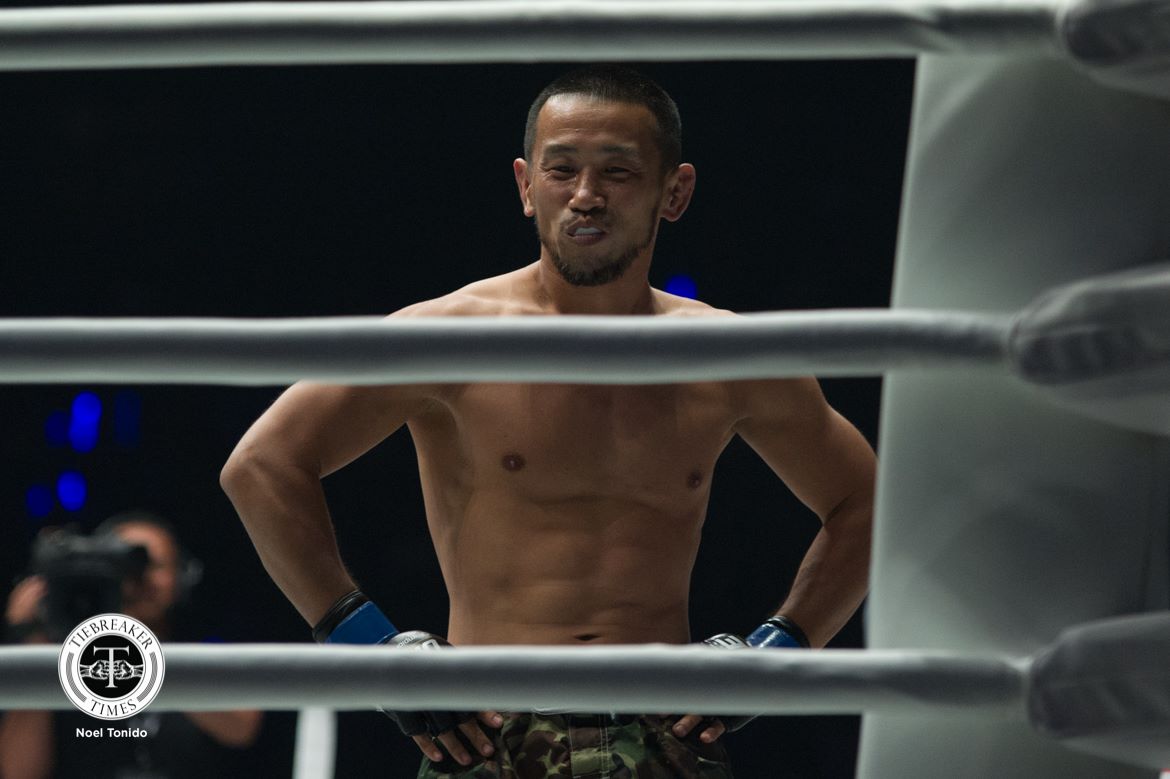 In the first fight of the main card, Akihiro Fujisawa (3-0) was able to make quick work of the debuting Kaji Ebin (2-1).

Fujisawa was able to score a quick takedown on the Filipino, whose debut was postponed last month. The takedown seemed to have dislocated Ebin’s shoulder due to the fall.

After picking up side control, the Japanese fighter rained on punches from side control to force the verbal tapout. 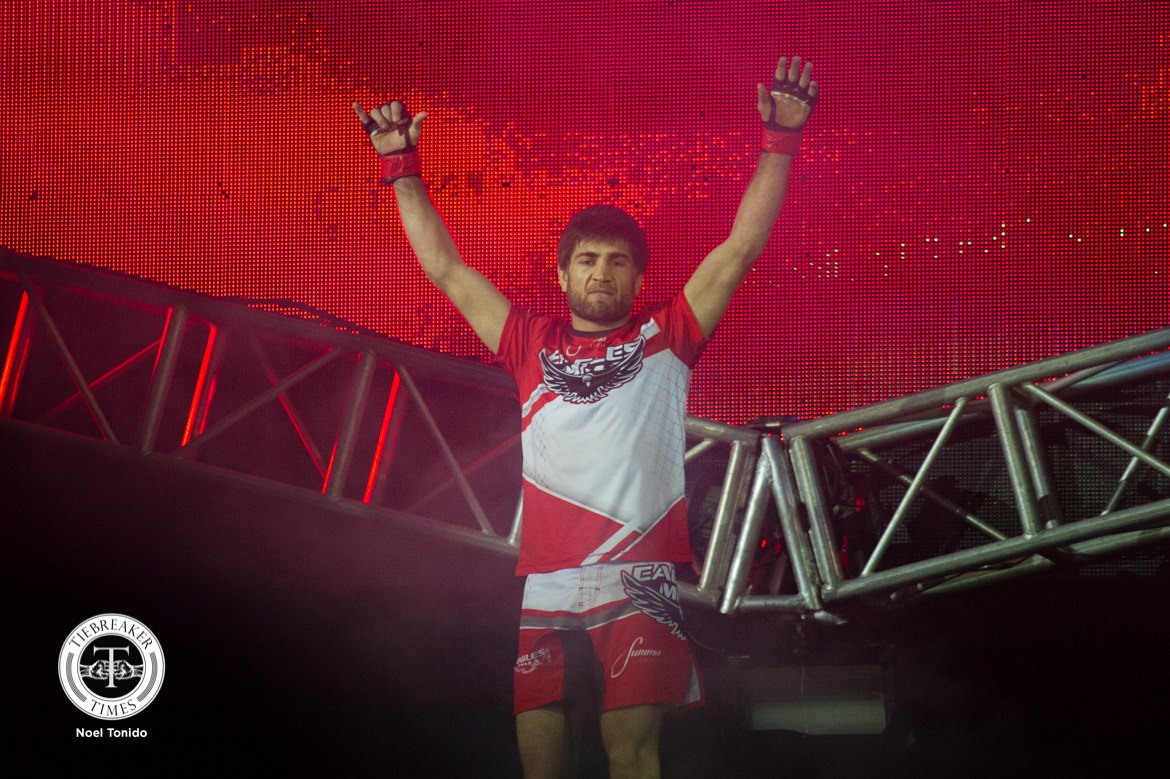 In his first bout since losing the ONE Featherweight World Championship to Martin Nguyen, Marat Gafurov (16-1) vented his ire on Emilio Urrutia (11-5) with a quick submission by way of arm triangle. 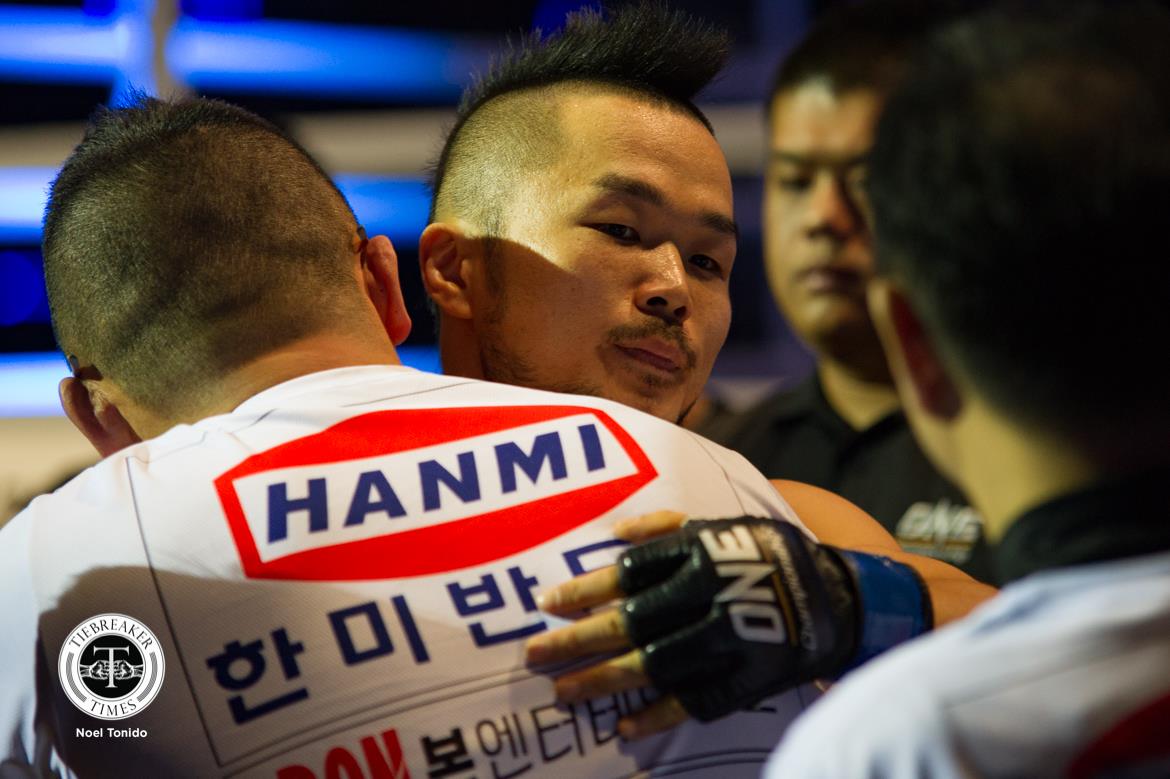