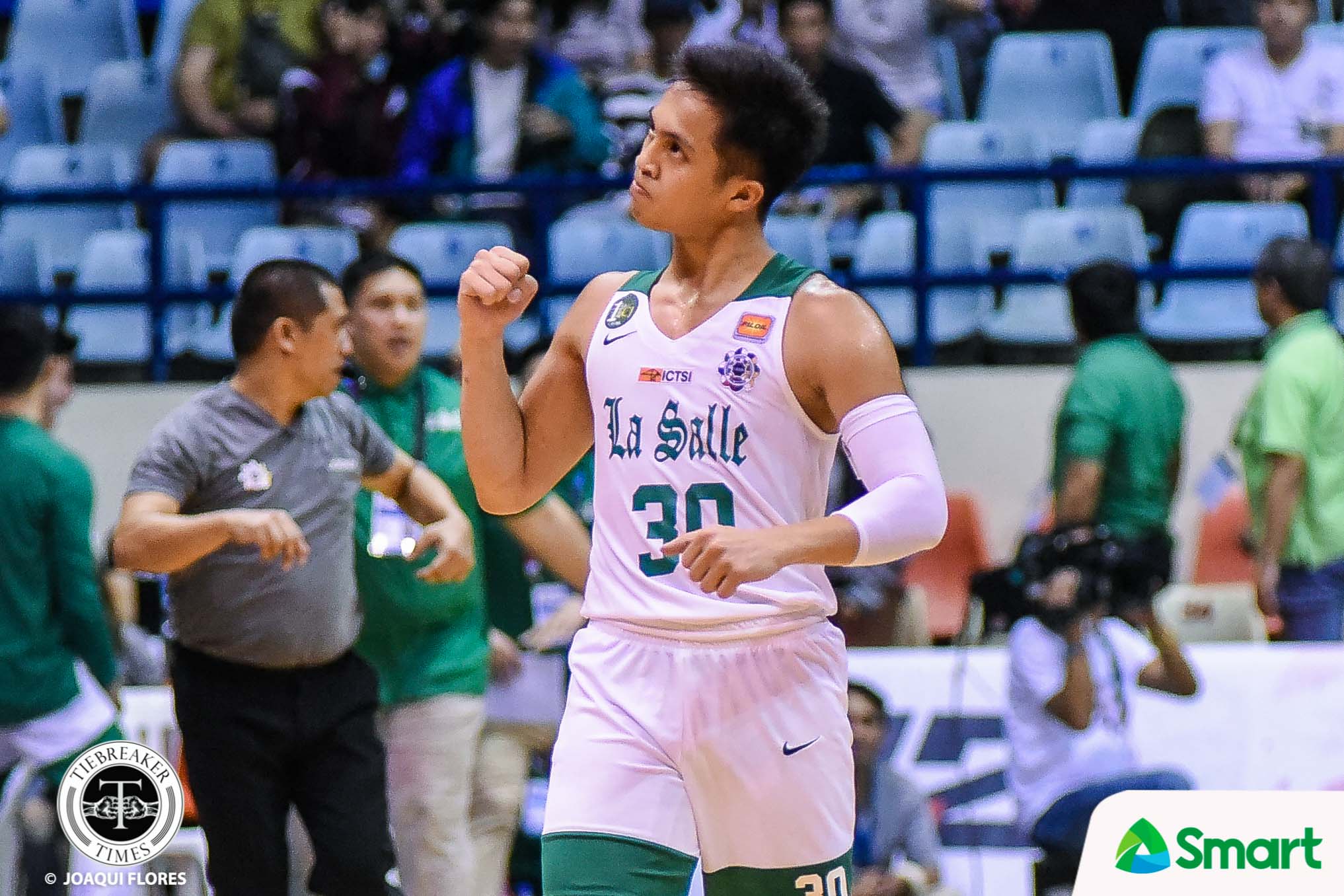 Amidst a two-game losing streak — and with his team on shaky ground with just a two-point edge — De La Salle University Green Archers captain Andrei Caracut took the ball in his hands and unleashed a three that could have either made or broke the Taft school.

While the former San Beda Red Cub fixed his eyes on the ball, the Lasallians at the Ynares Center in Antipolo held their breath and hoped for the best.

Then it went in.

Pandemonium broke out in the Green Archers gallery. Chants of “Go La Salle!” echoed around the venue. Caracut had given his squad a five-point cushion. He sank in another three with less than 30 seconds left in the game, much to the relief and ecstasy of those in green around him. 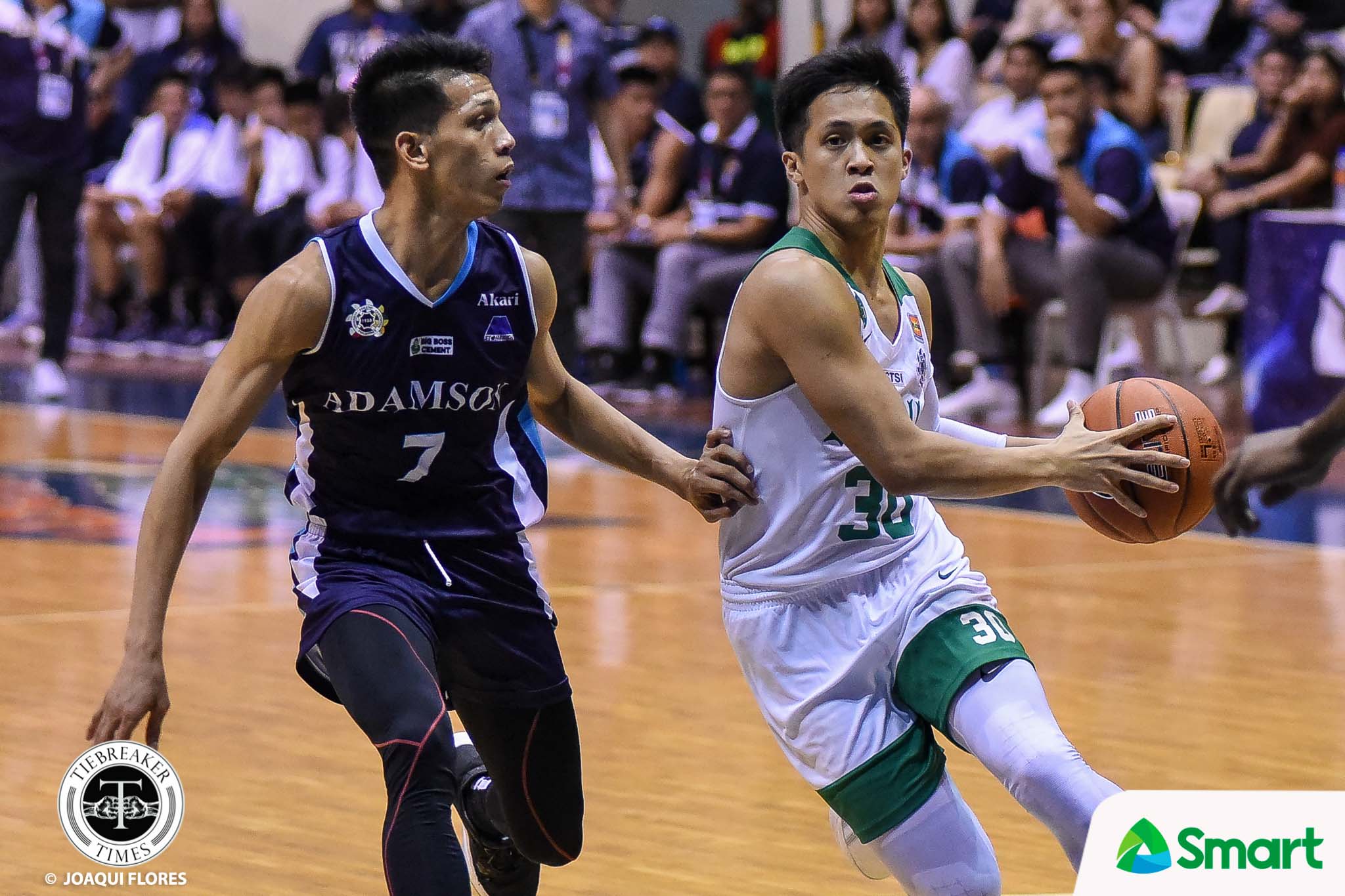 The clutch threes then propelled the Green Archers to only their second win of the UAAP Season 82 Men’s Basketball Tournament, a 68-61 victory over the Adamson Soaring Falcons. It was an outcome long in the waiting after La Salle’s dismal start to the campaign.

Caracut has had an eventful career in the UAAP — one individual award, one gold medal, one silver medal, two years out of the Final Four, and four different head coaches in his five-year stint with the Green and White. Still, with all those experiences, all he wants is for him and his teammates to remain passionate and excited about the game they love, the game that gives them everything.

READ  As coaches walk out, Lady Bulldogs left to simmer on another disappointing loss 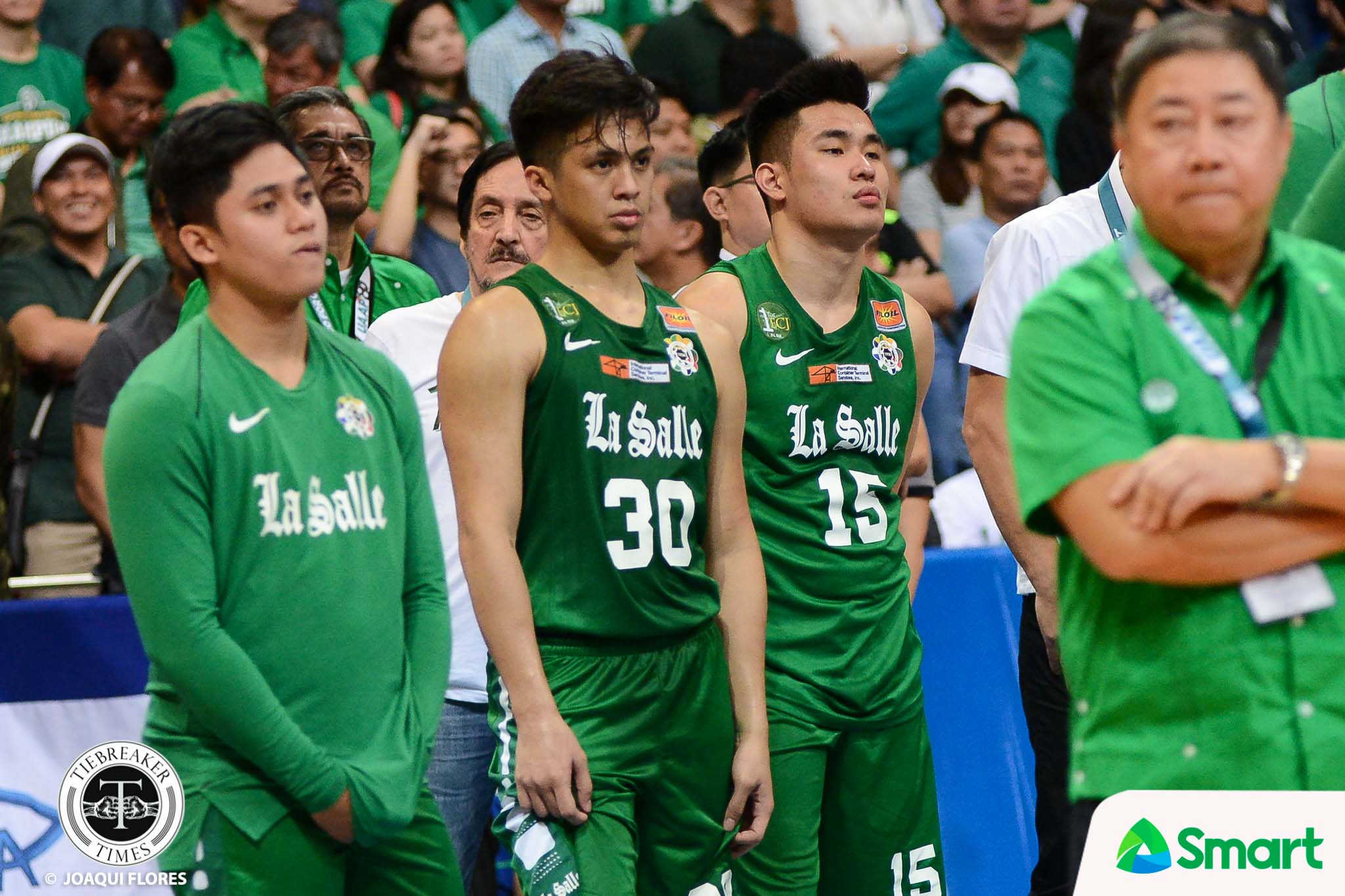 And what is one way for Caracut to enjoy the game? Simply put, it is having deaf ears towards the outrage on social media and beyond whenever the Green Archers lose. Ultimately, all he wants is for his team to put up four walls around them and fight to win the next game.

With the win over Adamson in their bag, the Green Archers next face the UP Fighting Maroons, who currently sit in second place in the standings. And it will indeed be tough test that Caracut and his teammates need to navigate to build up some momentum.