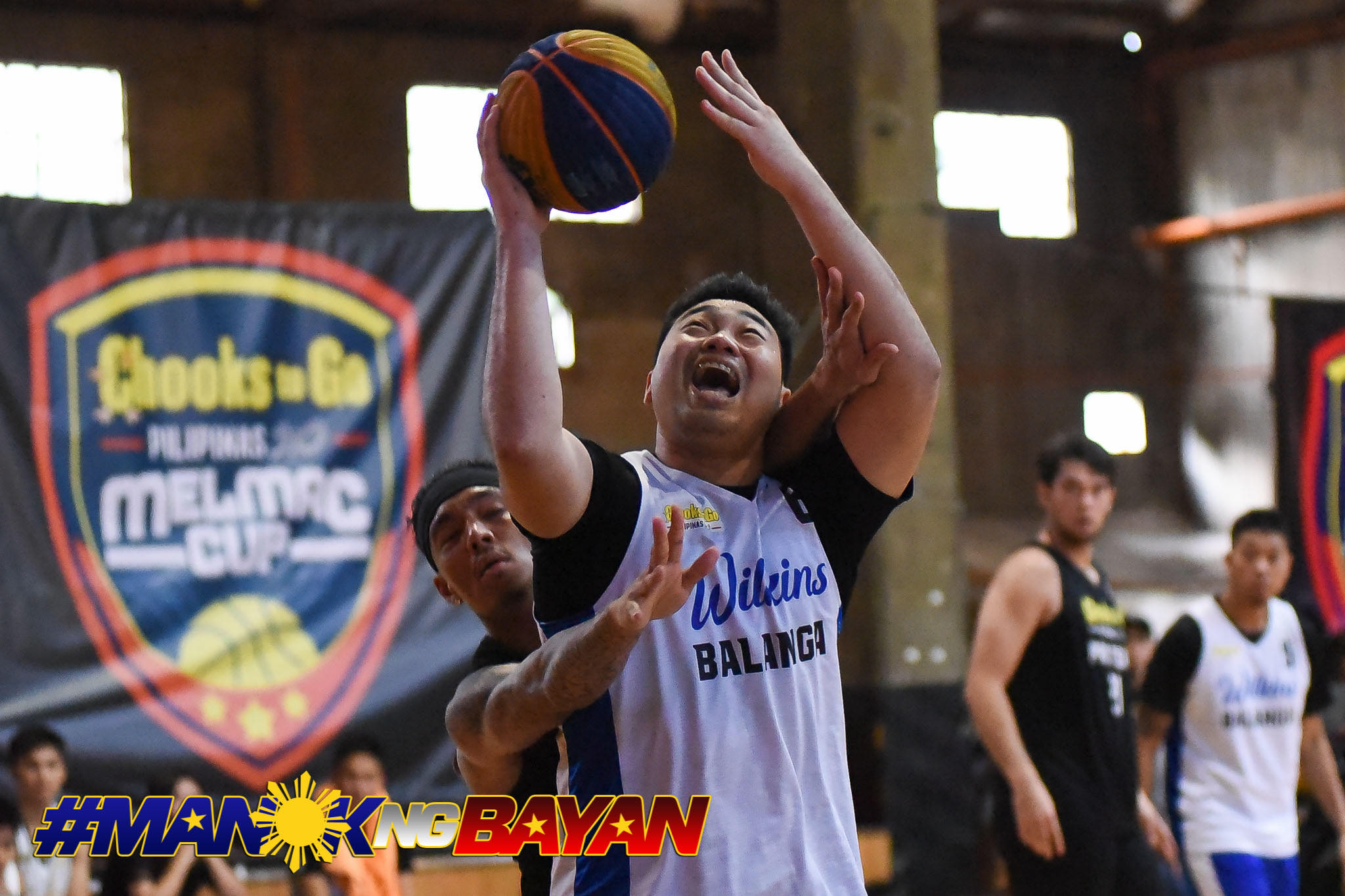 A heated rivalry was rekindled to open up Season 2 of the Chooks-to-Go Pilipinas 3×3 MelMac Cup with Balanga carving a 21-19 (7:50) win over Pasig in the leg one finals on Wednesday at Gold’s Gym Sheridan in Mandaluyong.

Shaking off jet lag and exhaustion from their stint in the Jeddah Masters over the weekend, Balanga regained their form to take down their fierce rival Kings, who are the top 3×3 squad in the country.

For their valiant stand against their nemesis, Alvin Pasaol, Karl Dehesa, Santi Santillan, and Chris De Chavez took home the P100,000 prize for their team in the tourney, which is also presented by Gold’s Gym and Coca-Cola.

Pasaol, the third-ranked 3×3 player in the Philippines, powered his side’s offense with 14 points to boot.

Dehesa, who missed the potential game-winning free throw prior, made up for that botch by swishing the ensuing charity at the 2:10 mark.

Pasig, which bulldozed the field in the first leg of the second season, zoomed to a great start in the Finals and took a 5-0 lead.

However, Pasaol and Dehesa clicked on offense as they immediately tied the game at 5-all before Munzon and Pasaol exchanged long bombs to knot the contest at 7-all.

No team could build an advantage bigger than two points the rest of the way, with the opposing side eventually managing to square things up.

Munzon, the top 3×3 cager in the country then found a weakness on the defense by driving to the right and made several layups, punctuated by an and-one play to take a 16-14 lead, with 4:26 left.

It was a nip-and-tuck battle from that point, with Munzon’s contested two-pointer from the left-wing tying the game at 19-all.

Dehesa converted on a long jumper, but he stepped on the line with 3:03 left to put Balanga in championship point, 20-19. Pasig tried to steal the game, but Johnson’s long two attempt backrimmed, leading to a rebound by Balanga.

There, Dehesa drove and got clobbered, setting up his winning freebie.

In the side event, veteran Dylan Ababou was hailed as the best outside shooter by winning the Chooks-to-Go Harissa Roast Two-Point Shootout.