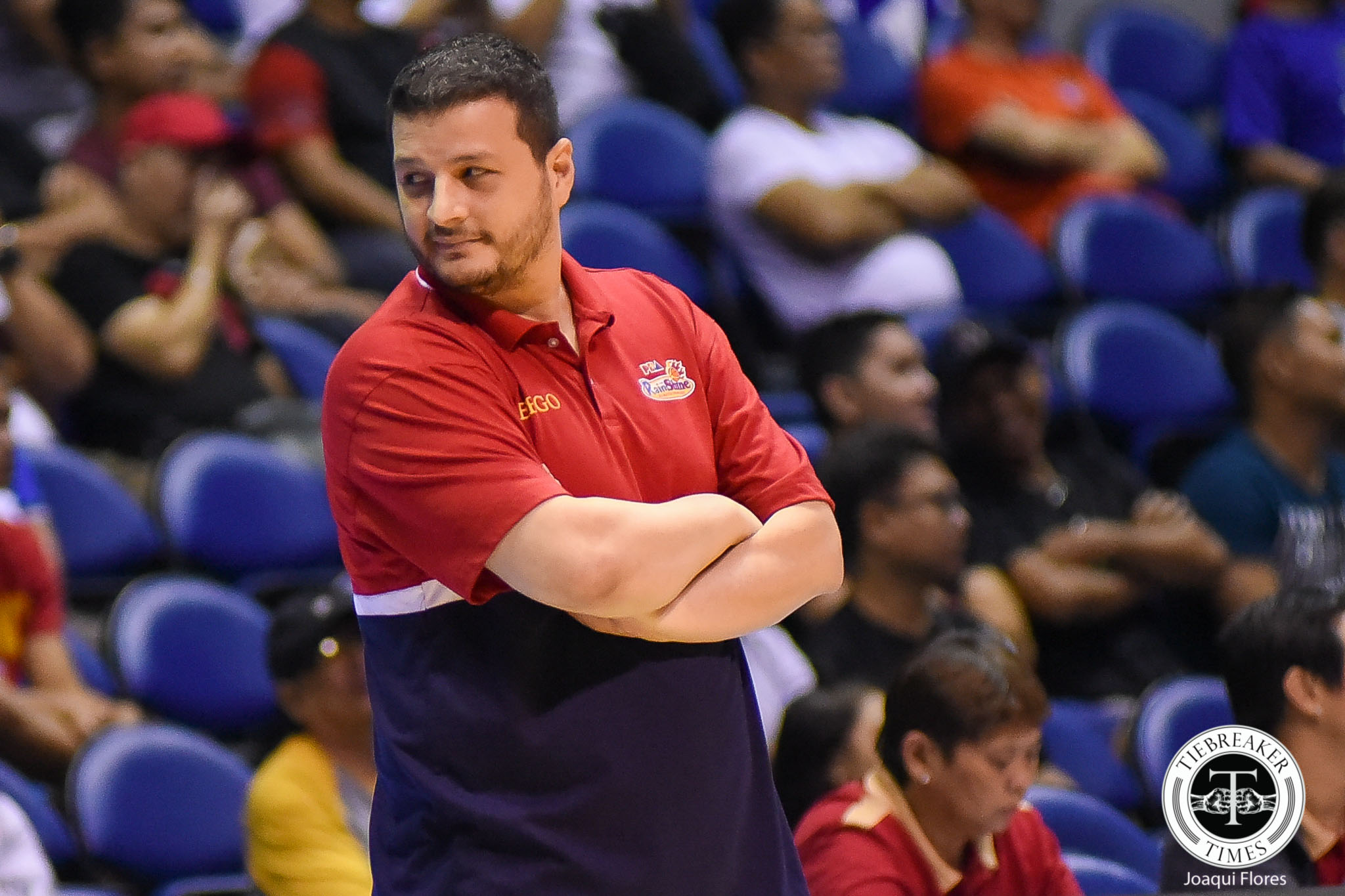 For a team that had spent quality time abroad, the Rain or Shine Elasto Painters seem lost at the start the 2018 PBA Governors’ Cup.

The Elasto Painters – whose core was sent to the 2018 Asian Games to represent the Philippines – absorbed their second straight loss in the hands of the Magnolia Hotshots, 76-92, Wednesday night at SMART Araneta Coliseum.

It’s possible the Elasto Painters’ core are still tired from their Jakarta experience, and their teammates left here at home are still readjusting to having them back. However, Rain or Shine head coach Caloy Garcia begs to differ.

“Wala. Like I said, after the Talk N’ Text game, I feel that we played well against Talk N’ Text despite the (104-110) loss, but in today’s game, it’s a totally different team, hindi ganun ang laro namin, even in practice,” said Garcia.

“I told them we can’t ever use that as an excuse. Dapat nga pagbalik nila galing Asian Games, they should be performing better, better than how they’re playing right now,” added Garcia, who served as an assistant to Yeng Guiao in Gilas.

For Garcia, Wednesday’s loss was brought about by his wards’ lack of effort and by too many errors committed.

“I just told the players from the beginning of the game that they were not following instructions, especially offensively. We lacked ball movement, we just turned the ball over too much, there was no effort on defense in the beginning.

“So technically, that’s why we lost the game. We were erratic the whole game,” lamented the seasoned mentor, whose wards committed 22 turnovers.

READ  Alex Compton knows Game 4 will not be another cakewalk

Rain or Shine are supposed to play this Friday versus the Alaska Aces, but the league decided to postpone that game date, as the Meralco Bolts are currently in Nonthaburi, Thailand for the FIBA Asia Champions Cup.

For Garcia, he welcomes the free break, as it will give them enough time to prepare for the Milkmen (3-1).

“It’s good that we don’t have a game on Friday, at least we have more time prepare, especially since we play against Alaska, and we know that Alaska will pressure us the same way that Magnolia pressured us today,” he said.

“I think we just have to prepare for that.”

Paul Lee bounces back after lethargic game vs Phoenix