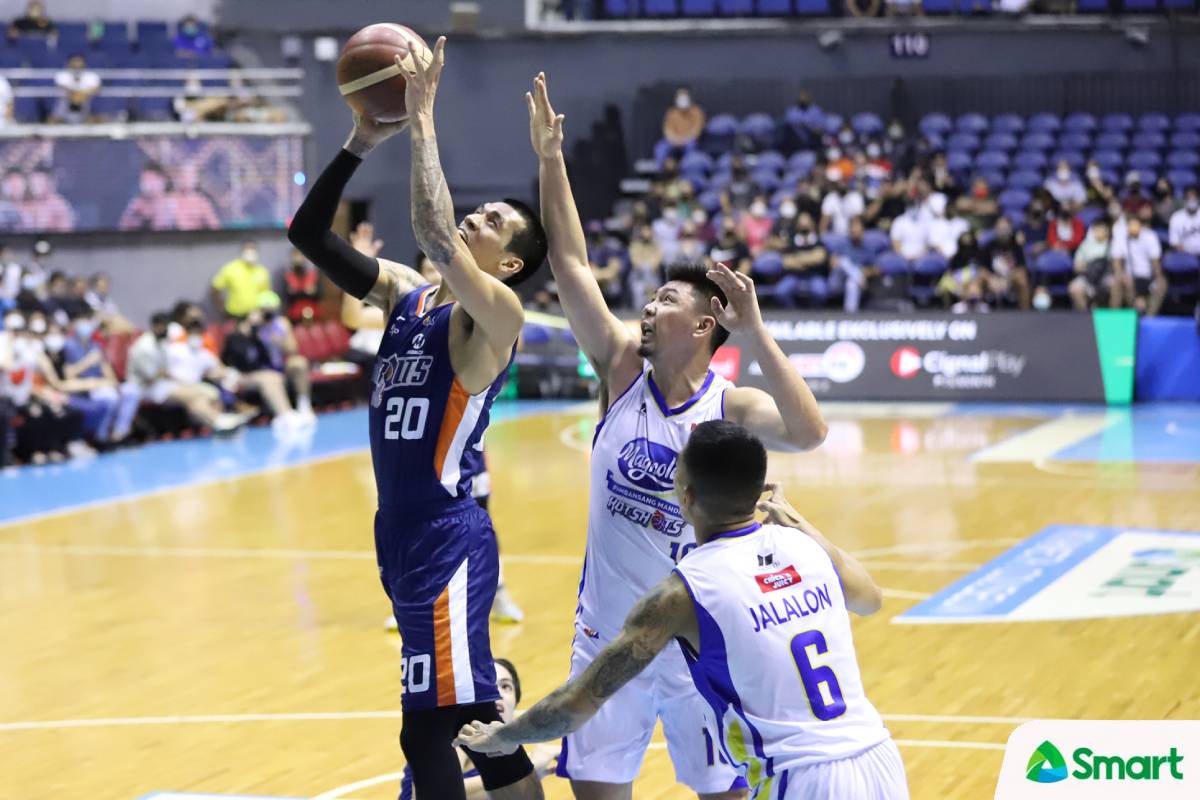 Since a loss would mean the end of the road for Meralco, it was more than enough to light the fire within Raymond Almazan in Game Five of their 2022 PBA Governors’ Cup semifinals against Magnolia, Friday evening.

And that led to his finest performance to date this conference.

The 32-year-old showed that he remains one of the league’s premier big men. He put up 18 points on a perfect 9-of-9 clip from the floor, alongside five rebounds and an assist to help the Bolts score a 94-81 victory to upend the top seed.

Another motivation for Almazan and Co. was the way their 2021 Philippine Cup campaign in Bacolor went. There, their saw their bid to reach their first-ever all-Filipino finals foiled in the semis by – coincidentally – the Hotshots.

None other than head coach Norman Black felt pleased with Almazan’s outing. He helped man the fort for Meralco, with Tony Bishop limited by the Hotshots to his lowest-ever scoring production at eight points.

A total of four locals finished in double figures to save Meralco with their import checked. Besides Almazan, the troika of Allein Maliksi, Chris Newsome, and Aaron Black all came through with notable performances.

“Raymond Almazan played really great for us tonight,” he said.

“When you have Raymond step up and make 18 points, and Aaron had 15, then Allein came up big, so did Newsome, it gives you a little bit of balance on the offensive end where you don’t really have to rely on your import totally.”

Almazan and the Bolts are now heading to their second straight Finals of the season-ending tilt. And the Letran product is coming in with so much eagerness to contribute given the abrupt end he suffered last time.

The 6-foot-8 center injured his knee in Game Three of the 2019 title match. He had to be sidelined, and Ginebra took advantage of that and eventually finished it in five games. 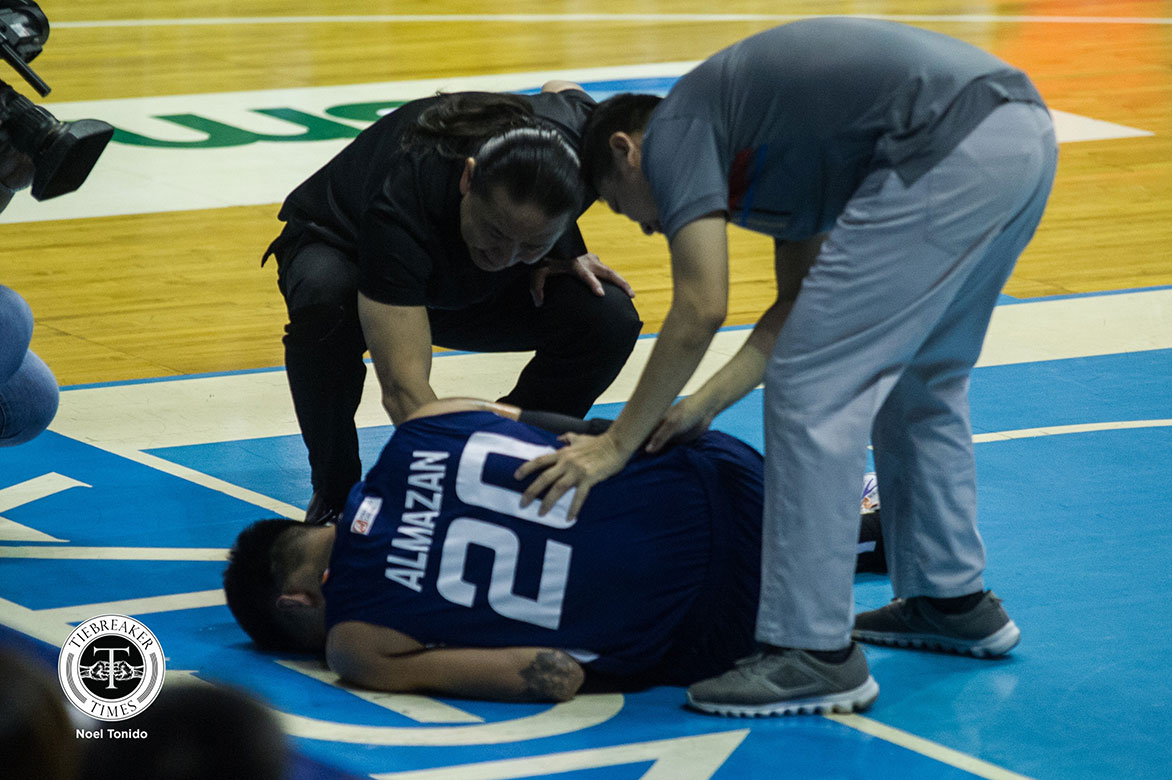 “Yes, kasi ang ganda na ng nilalaro ko noon eh,” he said, when asked if there was any regret leaving that way.

Now, Almazan has the opportunity to get back at the reigning champions, as they are about to face them again in the best-of-seven affair that starts Wednesday, April 6, at the SMART Araneta Coliseum.