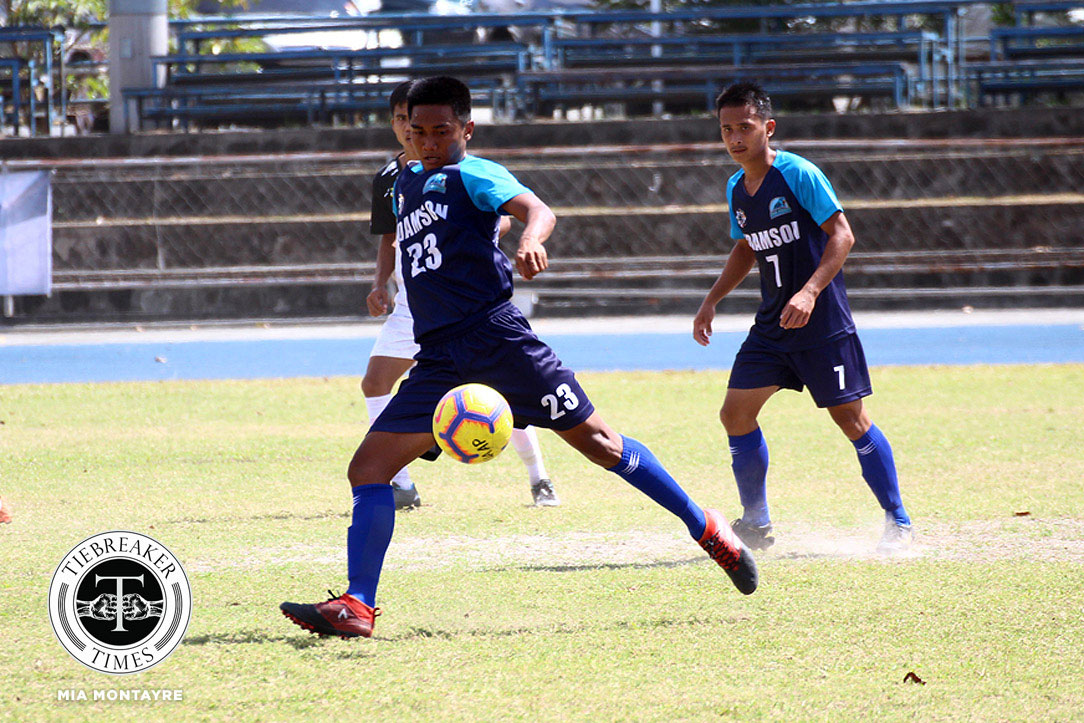 Adamson have yet to register a win in the UAAP Season 81 Men’s Football tournament, but the squad are slowly finding their groove.

Coming off a draw against the NU Bulldogs, the Soaring Falcons dragged last year’s runners-up University of Santo Tomas Golden Booters to a 1-1 stalemate after Allen Lozano drove in an equalizer at the 57th minute, Thursday morning at the Moro Lorenzo Field in Quezon City.

Both the Golden Booters and the Falcons tried to breach each other’s defense, with the more technical UST side getting the more enterprising chances. Nonetheless, with confidence gained throughout his UAAP career, the now fifth-year goalkeeper Carl Viray stood his ground as Adamson’s last line of defense and prevented any of UST’s attempts to get ahead.

In the second half, another senior in Steven Anotado – this time from the España side – finally broke through Viray and his defense. The striker needed less than ten minutes put the Tigers in the lead.

But he lead did not last long. It was then Adamson’s turn, courtesy of Lozano, to hit the back of the net just three minutes later.

Both teams tried to seize the advantage in the latter part of the match. UST turned to their build-up play, which unfortunately did not bear fruit, while Adamson had chances from set pieces.

The Thomasians saw several chances to score. AJ Pasion and Anotado fired shots only to be denied, first by the woodwork and then by Viray, who collected the final shot to close the match and seal the spoils-sharing.

Soliman also expressed his delight with how his squad have shown in-game composure this early and very much welcomes the character they have shown so far.

The Soaring Falcons (2 pts) will take on the Golden Booters’ opening day victim, De La Salle University, on Sunday, February 24 at the Far Eastern University Diliman at 1 p.m. Also on that day, UST (3 pts) will battle the National University (1 pt) at 3 p.m.