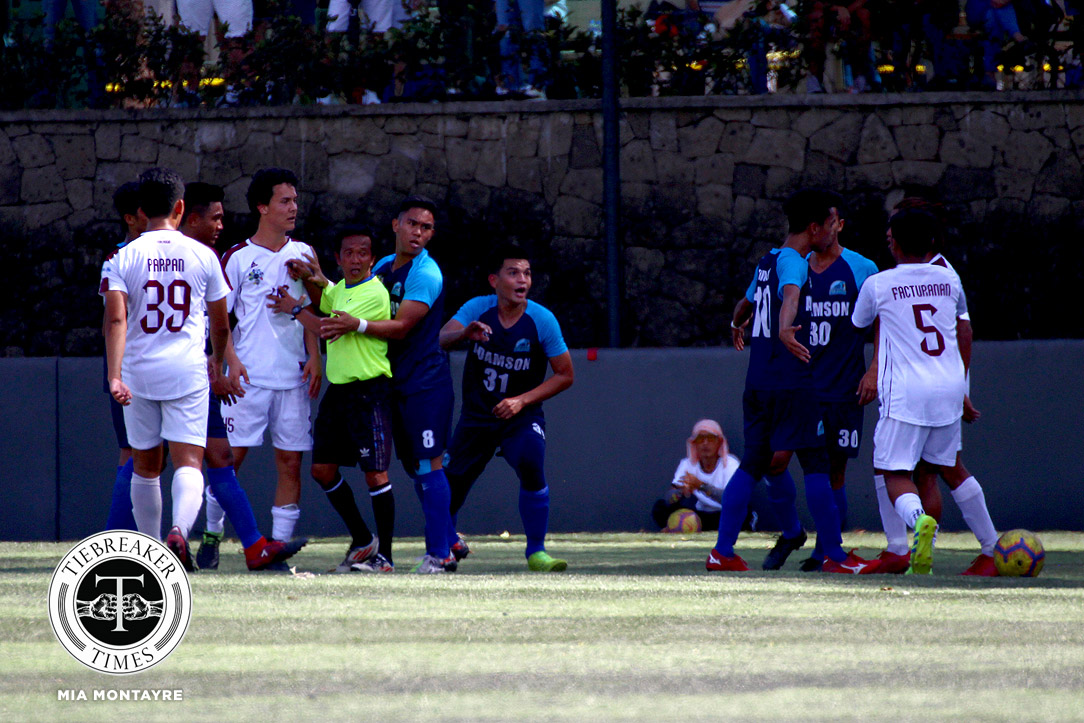 Just when Adamson University looked to have reached its peak against Far Eastern University last week, the San Marcelino-based school soared further with a win that will reverberate throughout the UAAP Season 81 Men’s Football Tournament.

At the back of Allen Lozano’s heroics, the Adamson Soaring Falcons secured the biggest result in their program’s history yet with a 2-1 victory over the University of the Philippines Fighting Maroons, Thursday afternoon, at the FEU-Diliman turf in Quezon City.

The outcome was Adamson’s first win since Season 79 when it defeated De La Salle University, 1-0, in the first round. The Soaring Falcons now have 7 points after four draws, two losses at the hands La Salle and Ateneo de Manila University, and the big win at last.

Kintaro Miyagi broke the deadlock at the 33rd minute with a header that looked to have opened the floodgates for the Fighting Maroons. However, unlike in previous years, the Soaring Falcons did not fold and instead steeled themselves for a fight.

UP’s backline is not as solid as it has been compared to past seasons and its fragility was on full show when Lozano eluded the Fighting Maroons defenders to score past State U goalie Anton Yared at the 61st minute. With a goal already under his belt, Lozano found a way to score another one eight minutes later with a stunning finish.

The Fighting Maroons tried to snatch a late goal to salvage a result but lightning did not strike twice for Anto Gonzales’ men as the Soaring Falcons held on for the victory.

The result leaves UP at 6th place with 7 points. Per media reports, State U’s victory over National University early in the season was forfeited due to an infraction made by the Fighting Maroons in that game.

It already capped off a tough afternoon for the 18-time champions as they missed Miggy Clarino, Ray Sanciangco, JB Borlongan, Christian Lapas, Kyle Magdato and Daniel Saavedra did not play due to international duty.

“Gusto ko ring sabihin na may halong swerte because we all know that some of the key players of UP are in national team duty so siguro ito na yung pintuan na sinasabi ko na nagbukas for us,” said Soliman.

There is still no word about both teams’ assignments in the second round.