As the losses piled up, the weight on Aljun Melecio’s young shoulders grew heavier and heavier.

And so it was a relief for the senior guard when the De La Salle University Green Archers ended the first round on a high note with a 92-77 win over the UST Growling Tigers.

The Season 79 Rookie of the Year made it all possible, catching fire right from tip-off.

In 29 minutes of play, the spitfire guard chipped in 26 points and five assists to help propel his team towards the finish line. It was a redemption of sorts for him since his costly turnover against UP last game handed the Fighting Maroons the victory.

“As a veteran, ‘di na pwedeng magawa yung ganung turnover. For sure, naging learning experience yun for me,” he said.

However, the one-time UAAP gold put the team’s success over any temptation to force his shots and redeem himself. He only wanted to help La Salle get back on track. All he does is to take the good and the bad lessons in every assignment and use them to grow. 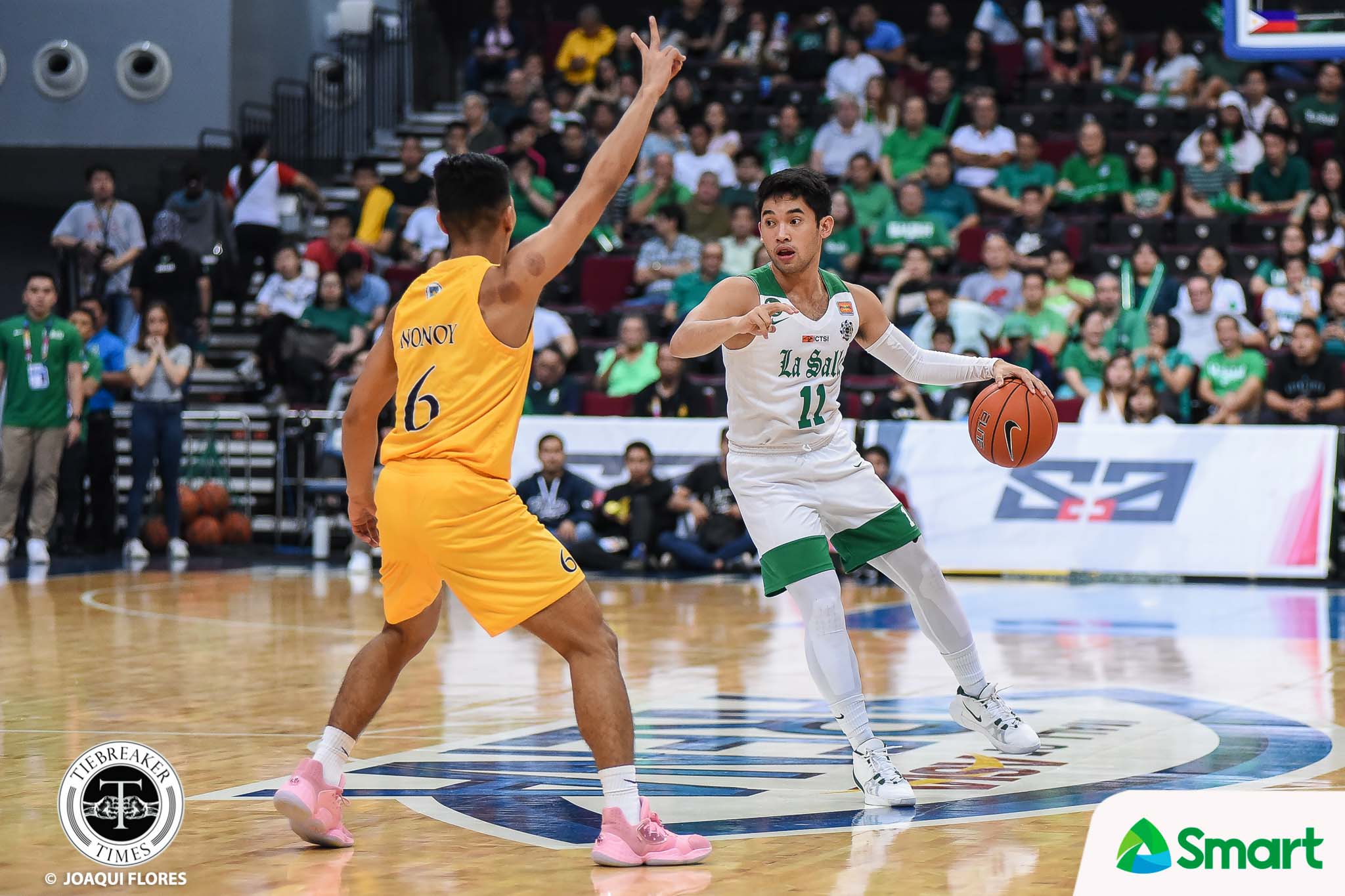 The game against UST was a reunion of sorts for Melecio, with two people with whom he shares a close bond — coach Aldin Ayo and former teammate Brent Paraiso. It was the first time he faced the duo together, who now wear the Growling Tigers yellow. Fortunately, the occasion turned out to be memorable for him.

When it comes to Paraiso, though, it was definitely strange to see both players on opposite sides. Both players are De La Salle Zobel alumni, and reached the finals in the juniors division back in Season 78. They then won a championship together at the seniors level with La Salle.

With the second round on the horizon amidst this compressed schedule, La Salle look to have more chemistry as a team. Only wins shall do for the Green Archers, and they look more ready to make their mark in the next seven fixtures.