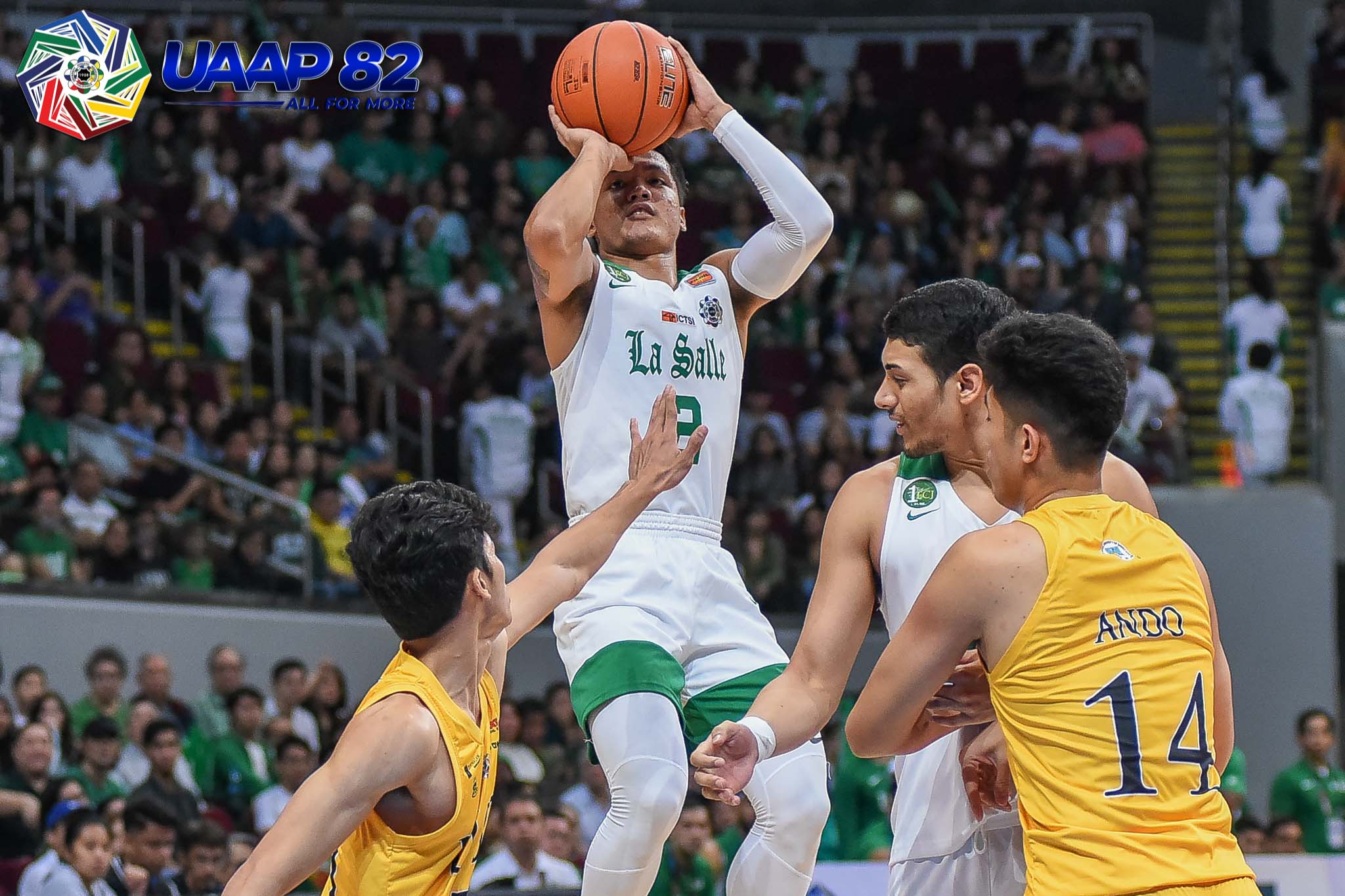 The De La Salle University rode on the shoulders of Encho Serrano to stun the University of Santo Tomas, 92-77, in the UAAP Season 82 Men’s Basketball Tournament, Saturday at Mall of Asia Arena.

The Kapampangan guard shot an efficient 13-of-22 from the field for the Green Archers. He caught fire with a career-best 29 points, alongside five rebounds and two assists to end their first round on a high note.

“We were due to win,” said coach Gian Nazario. “The way the team has been practicing, it showed in today’s game.”

Serrano anchored the Taft team’s crisp execution, as they collectively shot 51-percent from the field and dished out 19 assists.

La Salle slowly built their cushion from a close 54-50 affair to a 67-58 advantage heading into the payoff period. From there, everything simply fell into place. The Green Archers would lead by as much as 17 points to improve to a 3-4 card to end the first round.

“We’re just talking about it, that when our team follows the game plan, the results will follow after that. We played well against Adamson, we were eight seconds unlucky versus UP, but this time around, we made sure we’ll finish the game well,” said Nazario.

Aljun Melecio also had his way from deep, going 6-of-9 from beyond the arc to pour in 26 points and five assists.

Jamie Malonzo just missed out on a double-double with his 13 points, nine rebounds, and two dimes in the triumph.

Meanwhile, Brent Paraiso led UST with a career-high 22 points and six rebounds in his first game against La Salle.

Soulemane Chabi Yo also registered 16 points and 14 rebounds for the off-shooting UST squad, who could only shoot 29-percent from threes.

It was a tough defeat for the Growling Tigers, who fell to 4-3 in the standings.

Alfred Valbuena glad to be back in volleyball