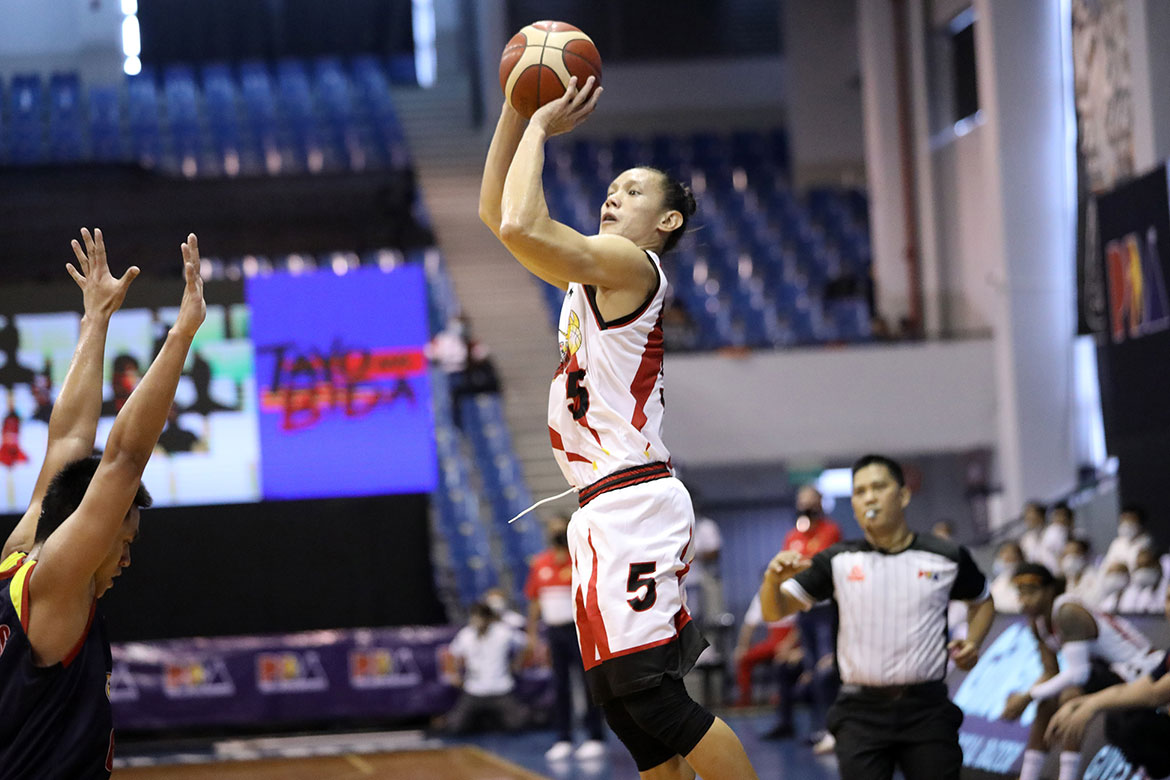 Alex Cabagnot hit another career milestone when San Miguel began its quest to defend its Philippine Cup crown versus Rain or Shine on Tuesday.

According to PBA stats chief Fidel Mangonon III, the 37-year-old has become only the fifth active player to reach at least 8,000 career points.

Cabagnot achieved the feat after drilling his first three-pointer of the game inside the last two minutes of the opening frame.

The other active players with 8,000 points are teammate Arwind Santos, James Yap, Mark Caguiao, and Asi Taulava — all of whom are former MVPs.

The 15-year veteran has been hitting milestones ever since the league raised the curtains of Season 45 last March 8.

In the Beermen’s 94-78 win versus the Magnolia Hotshots on the said date, Cabagnot had 10 markers on 2-of-6 shooting from the field.

And according to the league’s stats czar, those two treys moved him up to No. 10 overall in the league’s all-time list for most threes made.

With that, the nine-time champ has become the only player in PBA history that is in the Top 10 of three-pointers made, assists, and steals.

Cabagnot is ranked sixth in career assists, and is the only active player in that list. He is also 10th in steals.