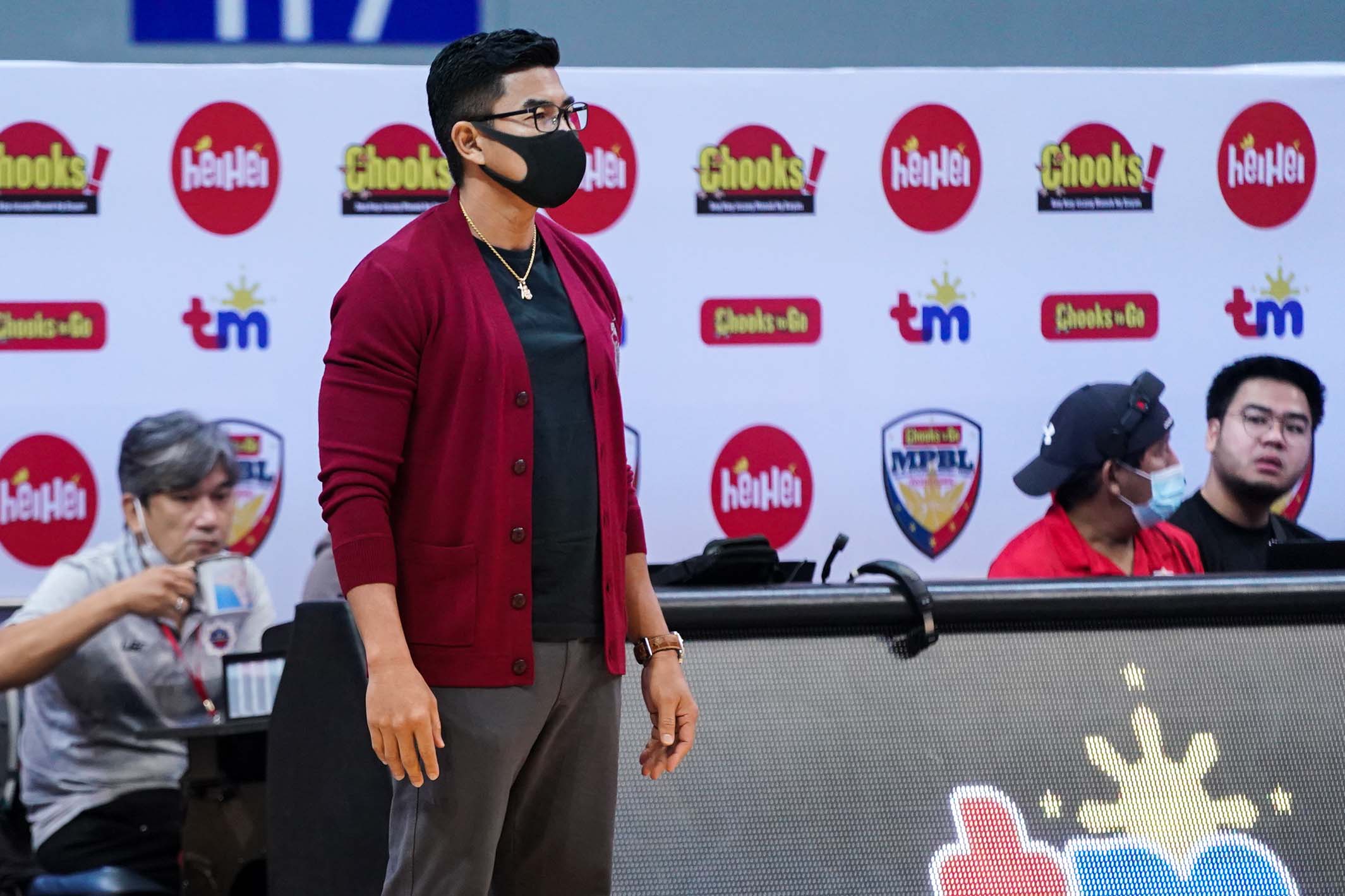 Aldin Ayo has signed a multi-year deal to coach Converge in the Philippine Basketball Association.

After Tiebreaker Times broke the news that the FiberXers have released Jeffrey Cariaso as head coach on Tuesday, news broke out that Ayo had already signed with Converge.

Ayo though made sure to talk to his ailing mother first before signing a contract with Converge on Wednesday evening.

“I talked to her last night. And this morning she told me, ‘Gusto kita makita mag-coach sa PBA.’ She said she doesn’t want to see me just sitting around the house,” said Ayo, who resigned from his post as head trainer of Chooks-to-Go Pilipinas 3×3 to tend to his mother.

“In the PBA, everyone will be given the chance to be competitive because of the drafting. In terms of winning, aabot at aabot ka doon but the objective is how to achieve it the soonest.”

Ayo will bring in McJour Luib as an assistant coach and Joph Cleopas as head of the FiberXers’ strength and conditioning staff.

This will be the biggest challenge in Ayo’s career.

In the NCAA, he guided his alma mater to the NCAA Season 91 championship in his first foray into collegiate coaching. A year later, he steered De La Salle University to the UAAP Season 79 title.

Ayo spent two years with University of Santo Tomas before taking on the challenge of coaching Chooks-to-Go Pilipinas 3×3’s teams in the global FIBA 3×3 circuit.

With him leading the way, he coached Cebu Chooks to the top of the 2022 FIBA 3×3 Asia Pacific Super Quest — the country’s first title in the pro circuit in nine years.

“Heading the team isn’t an achievement for me, it’s actually a responsibility. Rest assured, we’re going to do our best and hopefully, it’ll be enough to win us a championship,” said Ayo.

Team owner Dennis Anthony Uy and governor Chito Salud are excited to see what Ayo brings to the table.

“The PBA is a challenge that every coach on the rise dreams of taking on. We are confident that Coach Ayo’s nose and instinct for the game’s nuances will transform the FiberXers’ brand of play into a consistently competitive and exciting kind worthy of the Filipino fans’ approval and following,” said Salud.

“We are excited with what he brings to the table. We’ve had the chance to discuss the direction of our team and the vision that we have regarding our brand of play,” Uy shared.

“We have young players with energy and potential who are ready to compete as a team still finding chemistry and its identity. We believe Coach Ayo has the background to develop these players into an exciting and cohesive unit.”