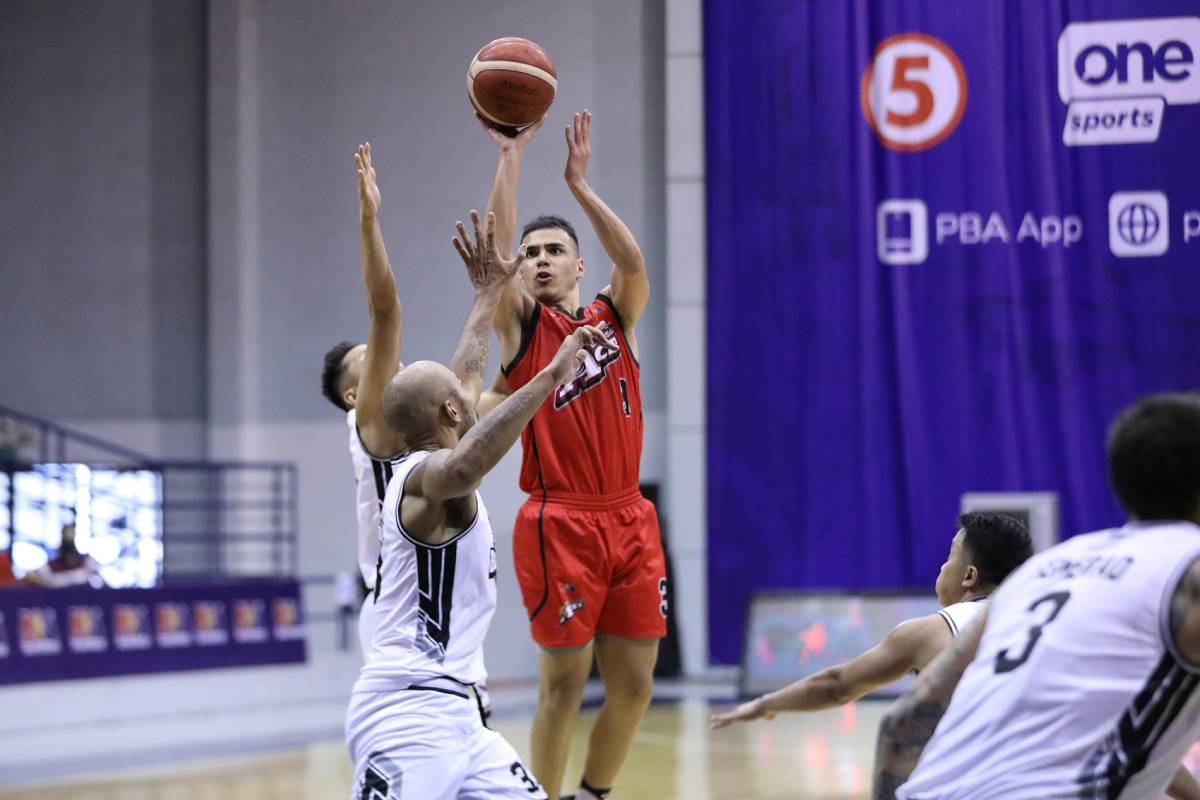 Alaska used a big second half to frustrate Blackwater, 103-77, for a rousing start into the 2021 PBA Philippine Cup Friday at the Ynares Sports Arena in Pasig.

The Aces erupted for 32 points in the third quarter alone. They rode that wave of momentum en route to the most lopsided league season opener in 22 years, or since Mobiline routed Tanduay, 90-64, in the 1999 All-Filipino Cup.

“To be honest with you, I couldn’t sleep last night because of the uncertainty over how we’re gonna look tonight,” said head coach Jeff Cariaso.

“It’s hard to kind of gauge your team when you don’t have an opportunity to play against anyone else except yourself. Minsan nakakasawa to play with each other, and you don’t know how good or how bad you are.”

Mike DiGregorio spearheaded the attack with 20 points on 66-percent shooting from the field, including 4-of-7 from deep. Yousef Taha made 16 points and seven rebounds, while Abu Tratter chimed in 13 markers.

“My challenge to the guys was really just to share the ball on offense and to defend the best way we can. Luckily tonight, Mike stepped up, and a lot of the guys really followed the simple game plan that we had,” said Cariaso.

Both teams headed into the break tied at 39. Alaska then came out roaring, unleashing an 18-7 spree, behind the aforementioned trio plus Gab Banal. They clinched a 57-46 lead with exactly six minutes to go in the third.

Rookie Ben Adamos gave the Aces a 17-point lead, 69-52, approaching the last two minutes of the third quarter. The Bossing didn’t yield just yet, though.

#ReadMore  Despite ACL drubbings, Kaya will remain true to its principles

Mike Tolomia took it upon himself to lift Blackwater. What was once a huge deficit became just six, 70-76, after a jumper of his with 8:10 remaining.

DiGregorio and Jvee Casio, however, were there to spoil their plans. Both guards knocked down a triple each to re-establish Alaska’s double-digit lead, 82-70, with less than seven minutes left in the game.

The Aces did not let up any more thanks to DiGregorio, Tratter, and rookie RK Ilagan. The trio scored their last eight points to secure the victory.

“The second half, we did a better job in taking care of the ball. We didn’t want to give them easy opportunities, so we were transitioning back defensively better,” Cariaso assessed.

“If you combine that with not turning it over, then we gave our defense a chance. So I think we defended better because of that in the second.”

Simon Enciso led Blackwater with 23 points, including 19 in the first half alone that saw him nail five three-pointers.

Tolomia finished with 15 points, while Ed Daquioag added 12 points and five rebounds in the humiliating defeat.

Alaska will look to continue their winning ways versus Terrafirma on July 21, Wednesday, at 12:30 p.m. Blackwater, meanwhile, has a shot to bounce back immediately on Sunday, July 18, versus Rain or Shine at 7:00 p.m.

#ReadMore  Culture an important thing for Gavina's Rain or Shine