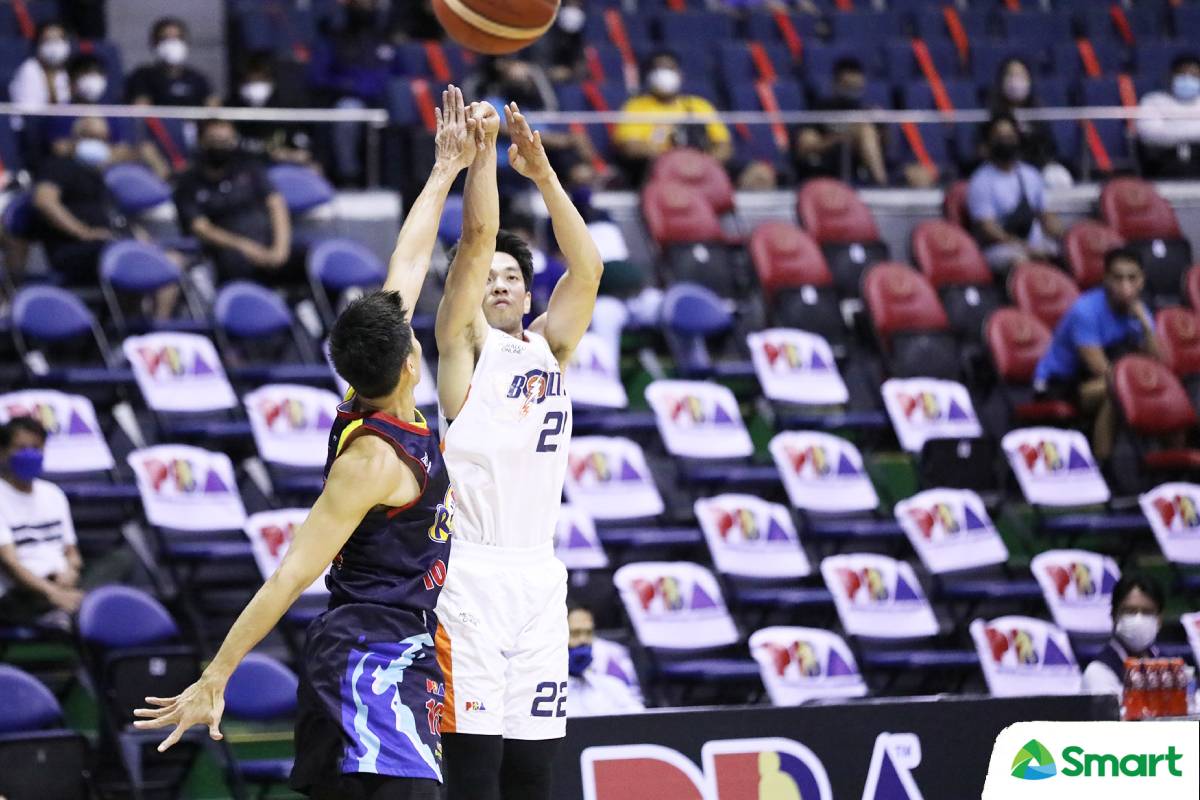 Allein Maliksi came through in the fourth quarter as Meralco escaped Rain or Shine, 93-88, to return to its winning ways in the 2022 PBA Governors’ Cup, Sunday evening at the SMART Araneta Coliseum.

The 34-year-old gunner poured 12 of his 19 points in the deciding period, including five consecutive points that turned a one-point deficit to a 78-74 lead with 6:51 remaining, which the Bolts would never relinquish.

His teammates took it from there to get win no. 5. Chris Banchero sank a lay-up off a perfect Bong Quinto inbound, and Tony Bishop split his freebies to ice the game as their foes knocked within two after being down 80-89.

Maliksi, who also collected six rebounds in over 27 minutes of play, and his timely explosion was definitely a big lift for a Meralco team that struggled offensively, especially in the first half, which saw them trail 45-51 at the end.

“We’re not gonna worry about the offense anymore. We’ll find ways to score, but we’re gonna defend the other side. And that was really the focus in the second half. I think that’s the reason why we got the win,” he continued.

Bishop was far from his usual self early but still ended up as the Bolts’ top-scorer with 26 points on a 43-percent clip and 14 rebounds.

Raymond Almazan was also another reason why Meralco kept it a close affair despite its struggles. He submitted a conference-high 17 points, on top of seven rebounds, a pair of assists, a steal, and a block.

“So he’s a big part of our team, he gives us that big man in the middle that all teams need, and tonight he was very, he played very, very well. He was exceptional, actually,” lauded Black.

Making the victory even sweeter is that it was Black’s 701st win as a PBA head coach. He got his 700th in their win over Ginebra last week.

Meralco, who improved to 5-1 following the win, hopes to build another streak when it battles Terrafirma (2-5) on Thursday at Ynares Center in Antipolo.

Meanwhile, Henry Walker paced Rain or Shine with 24 points and 10 rebounds against seven turnovers in their second loss in a row.

Beau Belga, who was ejected late for incurring his second technical foul, and Rey Nambatac had 12 points apiece. Mike Nieto and Mark Borboran made 10 markers each, with the latter adding 10 rebounds to his name.

The Elasto Painters (3-5) hope to snap out of their funk against the 5-3 NLEX Road Warriors on Friday, also in Antipolo.