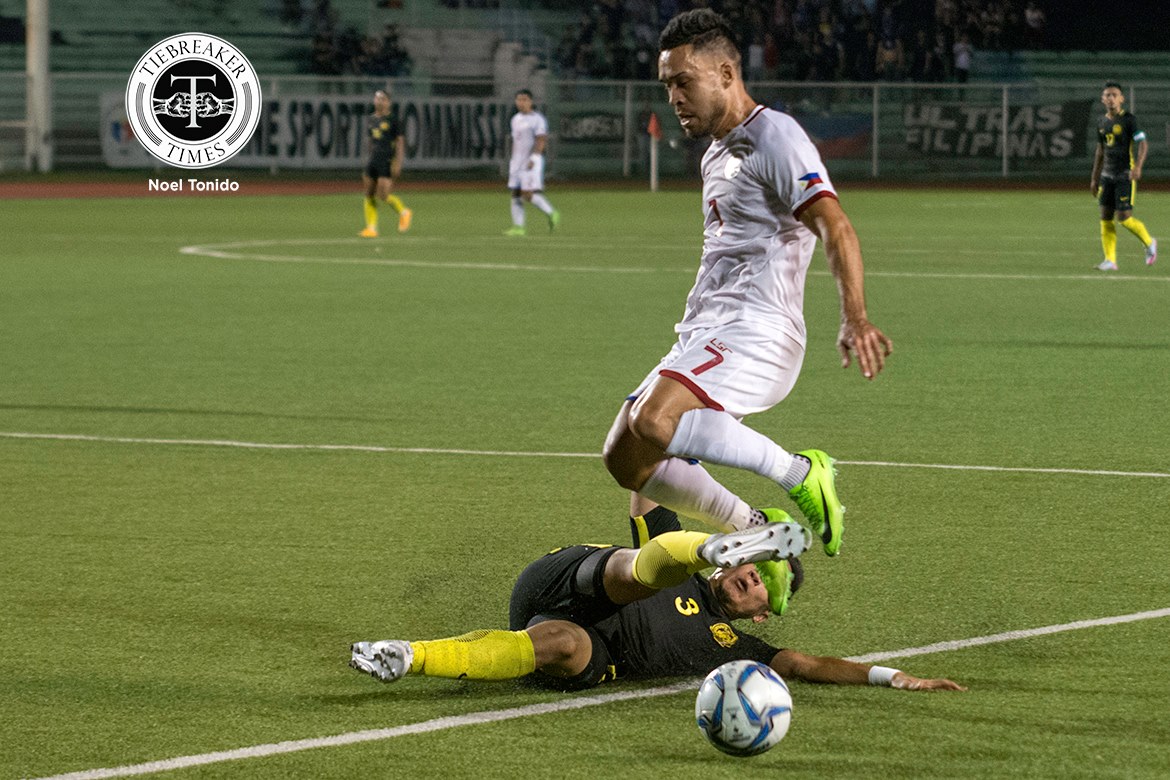 Halfway through the joint 2022 FIFA World Cup and 2023 AFC Asian Cup qualifiers, the Philippine Men’s National Football Team knew that only a win would do if they want to qualify for both tournaments.

Fortunately, they earned that exact outcome. The Azkals enjoyed a narrow 2-1 victory over the Maldives, Thursday evening, at the country’s National Stadium.

The result elevates the Philippines’ tally to 7 points, level with China, although the latter still has a game in hand against Syria later this evening as of this writing.

A goalless first half saw Azkals forward Patrick Reichelt miss a penalty awarded due to handball. Scott Cooper’s men then unleashed the barrage of goals to clinch the game in the second period.

Eight minutes after the restart, Iain Ramsay hit a fine strike that proved too much for Maldives stopper Mohamed Faisal. Midfielder Patrick Strauss sealed the three points from close range when he doubled the lead at the 69th minute.

Unfortunately for the Philippines backline, they were unable to leave the contest with a clean sheet. Hassan Naiz found a way to score a consolation strike in the game’s dying moments. Nevertheless, the win mattered most, and the Filipinos will travel to their next assignment with momentum on their side.

The Azkals look to build on this victory as they seek revenge against Syria on November 19, 2019, at the Rashid Stadium in Dubai. It is the perfect platform for the Nationals to exact vengeance after the Syrians trashed them 2-5 in Bacolod.

#ReadMore  Troy Rike reveals he was detained by Bureau of Immigration