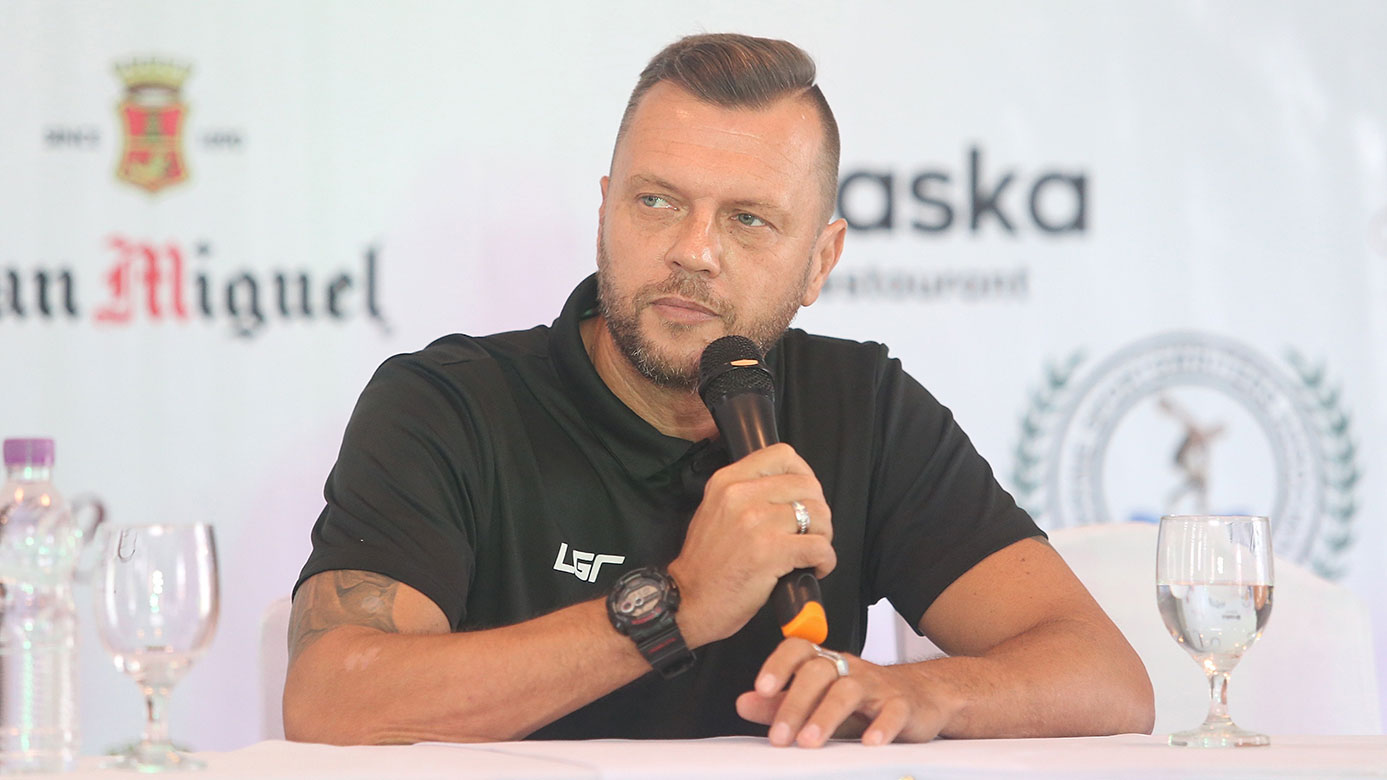 Armed with enough knowledge of the opposition and a wider talent pool of players to pick from, national team coach Scott Cooper is bullish on the Azkals’ chances of making it past the second round of 2022 World Cup Qualifying starting with the duel Syria on Sept. 5 at Panaad Stadium in Bacolod City.

Appearing at the Philippine Sportswriters Association (PSA) Forum at Amelie Hotel in Manila last Tuesday, the Irish mentor expressed satisfaction with the Azkals’ draw. The Philippines land in Group A with China, Syria, Guam and Maldives.

But Cooper insists that the Azkals still have their work cut out for them if they want to finish as one of the Top 2 teams in the group. The highest finishers of the eight qualifying groups will gain an automatic spot in the third round and a place in the 2023 AFC Asian Cup, while the four best second-placers will also advance to the next phase.

“We’re very positive and the expectation is to win, not just see what we can do against these teams,” said Cooper, who spent the last two tournaments as deputy to Swedish coach Sven Goran Eriksson.

“We went to the Asian Cup (last January) and performed well against South Korea, but not so much in the last two games (against China and Kyrgyzstan).This time, the mentality has to be spot-on. We have to give a bit more fight and have a lot more belief. Performances are always good, but we need results.”

Cooper also said in the session presented by San Miguel Corp., Braska Restaurant, Amelie Hotel, and Philippine Amusement and Gaming Corporation (PAGCOR), that China and Syria will be two of the toughest opponents in the group, but the Azkals are no longer daunted by the prospect of facing the Chinese since they’ve played against them three times in the last three years.

Cooper said he has named 39 players for selection for the first match against Syria. And while Neil Etheridge has ruled himself out of the first two matches, including against Guam on Sept. 10, Cooper said the team still has “some serious depth at the goalkeeping position.”

Michael Falkesgaard of Thai Premier League side Bangkok United will likely start in place of Etheridge with Patrick Deyto of Suphanburi backing him up. “We’re really blessed in that position,” Cooper said.

“Michael is really good with his feet and Patrick has been a revelation at Suphanburi. I’m glad Patrick has taken a step up in terms of the level of competition he’s playing in right now.”

Cooper plans to fly to Thailand within the next couple of weeks to check the progress of almost half of the players in the Azkals squad.

“The next step is really checking the form of our players and see who’s fit and sharp,” Cooper added.