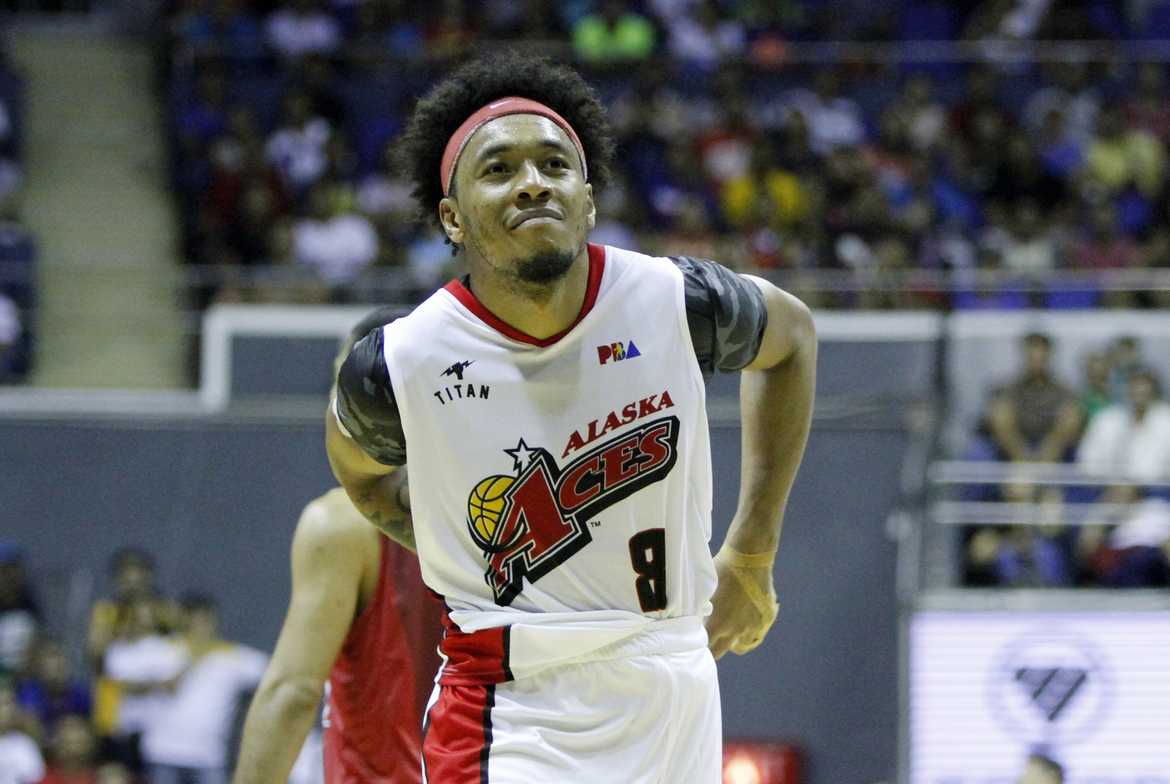 In a battle between two of the hottest teams in the league, the Alaska Aces escaped the Barangay Ginebra San Miguel, 86-80, to halt Ginebra’s winning streak and extend their own to four games Wednesday evening at the Smart-Araneta Coliseum.

The game was close all throughout the first half. The Aces displayed defensive tenacity in the first half, limiting import Othyus Jeffers to a horrid 0-12 shooting in the half. Jeffers made up for his dismal offensive display in grabbing 13 first half rebounds.

With Alaska’s point distribution coming from almost their entire staff, Greg Slaughter paced Ginebra during that frame to keep the game close. Slaughter carried his team, almost notching a double-double in the first 12 minutes of action, with 15 points and eight rebounds. By the break, Slaughter had already scored 22 markers, but Ginebra were still down 42-39 prior to the second half.

Alaska went out of the locker room with renewed vigor to open the third canto. The Aces went on a 14-4 run through import Shane Edwards and Sonny Thoss that gave Alaska a 13-points lead, 56-43, at the 8:15 mark of the quarter. The rally was capped by an RJ Jazul three-pointer that resulted in a quick timeout by Ginebra coach Tim Cone. The Alaska lead would then go to as high as 14 points, the biggest lead of the game.

Calvin Abueva, who had been playing a great all-around game, was hit with his fourth foul with 5:59 left in the third quarter; that helped Ginebra gain the momentum they needed. Through Joe Devance, Ginebra was able to trim the lead going into the final quarter to just five, 67-62.

Again the Aces started strong to open the quarter. This time, led by Edwards, the Aces were able to extend their lead to double-digits once more, 77-66, with 7:57 left in the game.

Jeffers, who had been struggling in the first 36 minutes of the game, carried the Ginebra offense, while Japeth Aguilar made the defensive stops that sparked a 10-2 rally to cut the Alaska lead to just three, 79-76, with 3:39 left.

With 2:42 remaining, Jeffers knocked down a jumper to cut the lead to just a solitary point. Jazul, though, was able to stop the bleeding with a timely three-pointer with two minutes remaining to extend their lead to four. However, Jervy Cruz connected on two free throws to cut the lead to just two points with 16 ticks remaining. Free throws by Jazul and a costly turnover by Jeffers sealed the game in favor of the Aces.

Even with Abueva leading the team at both ends, Compton emphasized that it had been their defense that won them the game. “Special mention to Calvin’s effort but this is a team game,” Compton said. “Our team defense did it for us.”

Moreover, he added that he knew going into the game that it was going to be a tough outing. “It’s always difficult when you play Ginebra. Coming into this game, I knew the offense wasn’t going to be easy,” he added.

Shane Edwards led all scorers with 25 points on 50% shooting from the field and an excellent 8/8 from the foul stripe. He was also able to grab 11 boards for the double-double. Abueva, despite having five fouls in the game, posted a line of 17 points, nine rebounds, four assists, and a steal. Jazul added 16 points off the bench, nine coming from downtown.

Alaska shot a tad better than Ginebra, 37% from the field compared to 34% from Ginebra. Moreover, Tim Cone’s squad were a horrid 0/15 from distance, which proved to be the difference in the game as the Aces were able to knockdown six triples in the game.

The Alaska Aces (4-1) return to the hard court on Saturday, March 12 against the Globalport Batang Pier at the Cuneta Astrodome in Pasay City. Ginebra (3-3), on the other hand, face the Blackwater Elite on Sunday, March 13 at the PhilSports Arena in Pasig City.