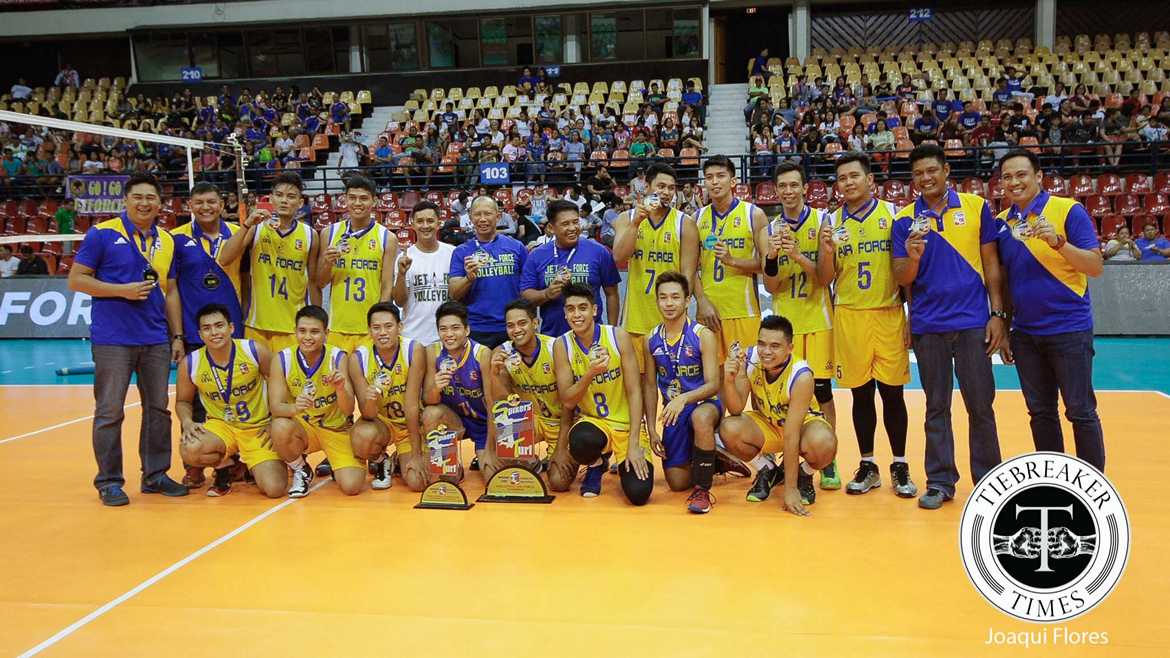 After getting their hearts broken last conference, the Air Force Airmen exacted revenge on their tormentors, the Cignal HD Spikers, completing a sweep in Game Two of the Spikers’ Turf Open Conference Finals, 25-19, 25-17, 28-26, at the PhilSports Arena in Pasig City.

The Reinforced Conference Champions mounted a last-gasp attempt at extending the match, keeping the third set close. Saku Capate rescued Cignal from being down several match points and forced an extended deuce. Thanks to a lucky shot off a second touch from Jessie Lopez, Air Force tied the set at 26. Jeffrey Malabanan and Ismail sealed the title for the Airmen, putting away powerful spikes off a quick transition.

Cignal played without Ysay Marasigan, who was in Singapore playing for Ateneo in the Asean University Games. Their two open hitters Raymark Woo and Saku Capate led the charge with 13 and 11 points respectively.