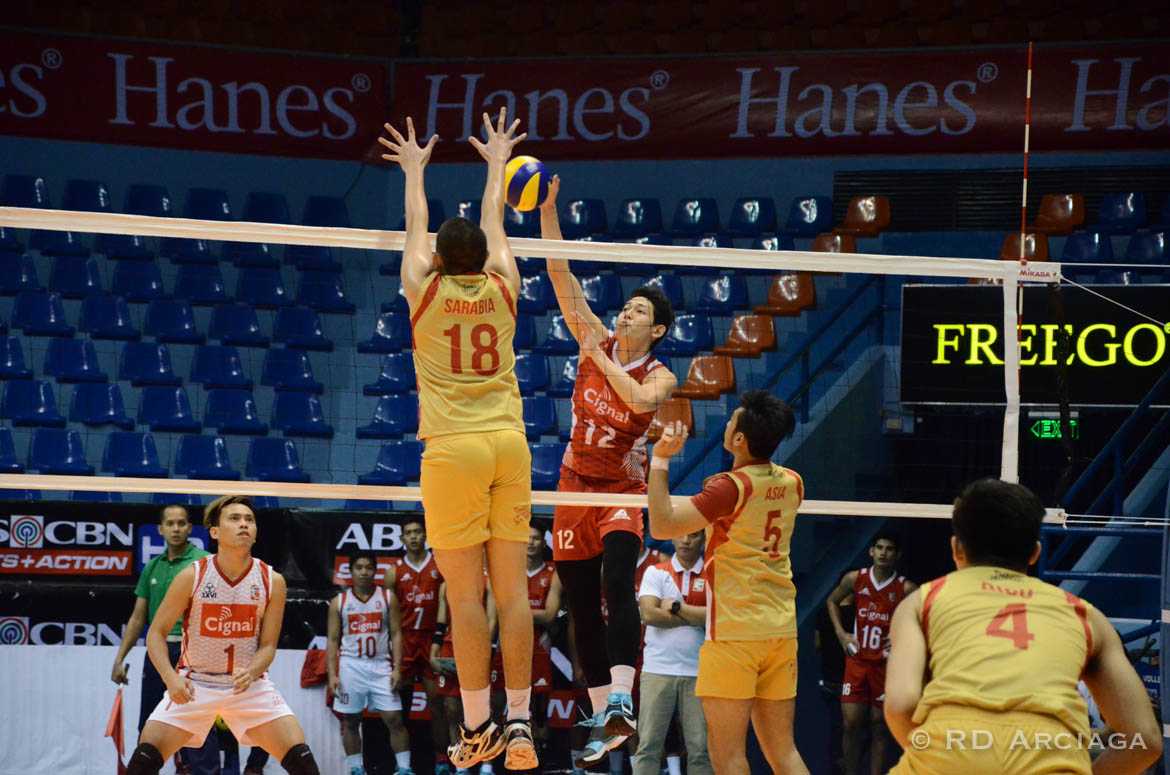 Cignal overpowered their fors to open the match with a convincing set win. Signs of rust and a lack of chemistry, however, became apparent in the next two sets. Bounty Fresh kept the second set close and capitalized on Cignal’s reception miscues down the stretch to tie the match at a set apiece. The third set played out the same way with Cignal surrendering crucial errors to hand Bounty fresh the lead in the match, 2-1.

The HD Spikers were again on the ropes in the fourth set, down 19-20. But middle blocker Herschel Ramos came to the rescue through his serves that dumbfounded the Bounty Fresh back line. Bounty Fresh had no choice but to give up free balls or go for weak attacks which Cignal’s tall blockers easily stifled. Cignal won six of the next seven points to force a fifth set.

Bounty Fresh had the match in control, leading the fifth set 8-6. But Cignal became stingy with their errors and tightened up their net defense for the final stretch. With their opponents on overdrive, Bounty Fresh could not keep up. UAAP Season 78 Finals MVP Ysay Marasigan turned in huge plays which includes a monstrous single block on Pemi Bagalay that gave them a 12-10 lead. Bounty Fresh heeded their final timeout at that point but gave up two errors that ended the match.

Cignal (1-0) has a tough foe ahead on Saturday, June 4 at the Filoil Flying V Centre wen they face the Air Force Airmen, whom they took down in the Reinforced Conference last year.

On the other hand, the Soaring Griffins (0-1) look to bounce back as they face the same team on Wednesday, June 11.