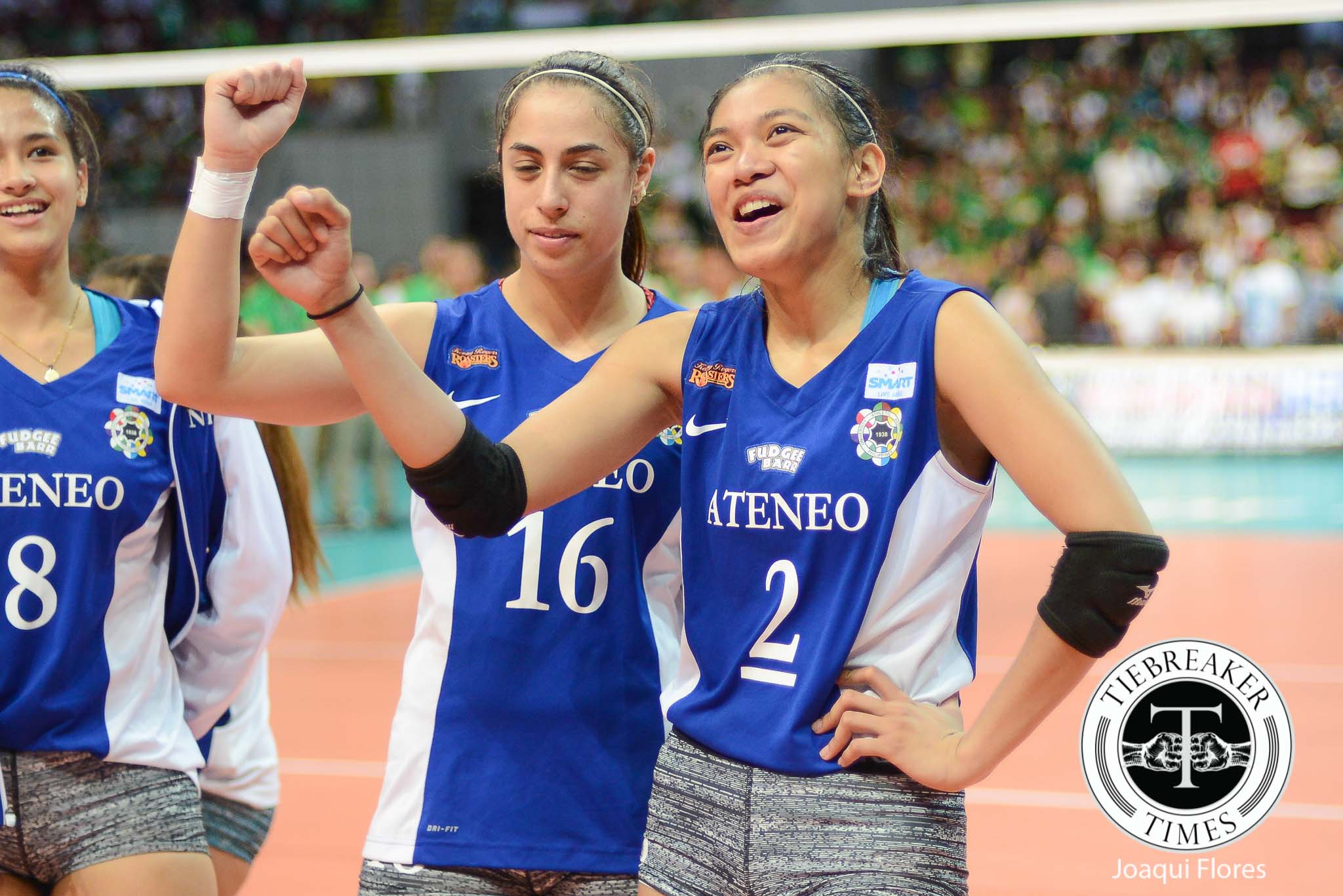 Just when the Lady Eagles looked dead in the water, three-time MVP Alyssa Valdez mustered a game of a lifetime.

She scored a season-best 34 points en route to forcing a winner-take-all Game Three for the UAAP Women’s Volleyball title on Saturday at the Smart-Araneta Coliseum.

Having been teammates with Valdez for the past five years, Amy Ahomiro was not surprised Valdez had 34 points. She though was surprised that Valdez’s final line was not more.

“I thought she had 50,” Kiwi told reporters after the match. “She’s MJ (Michael Jordan).”

“She turned up in the third, fourth, and fifth set which I’m not really surprised – it’s Alyssa that’s why she’s the Phenom. I’m just glad she’s on my team and I’m not playing against her,” Ahmiro gushed about her batchmate. “She’s always like that but today we really needed her and she stepped up – she did her job and she went beyond doing her job.”

Ahomiro, however, knows they can’t rely on Valdez solely to finish off the Lady Spikers on Saturday in saying that a strong start would be a great help.

“They (La Salle) came out really strong. Siguro, they had momentum and confidence from the last game – they beat us in three sets. Like I keep saying, we just need to be confident and play as a team and I think it only came out late in the match,” Ahomiro said. “I think the momentum is with is now. We just need to keep doing what we’re doing as a team. Hopefully, we’ll work and we’ll be champs again.”

Like Valdez, Kiwi will be playing her last match for Ateneo. She wants to focus on te match and keep her mind away from the hoopla as much as she can.