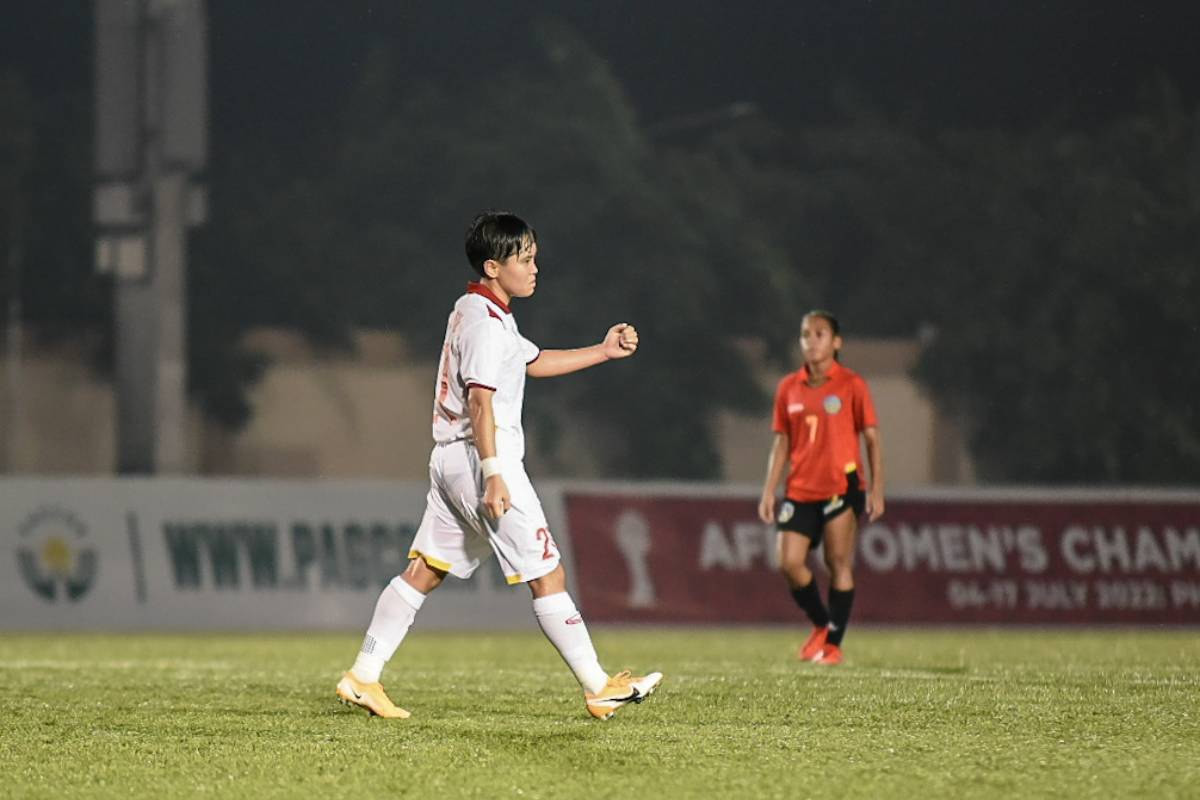 Defending champion Vietnam booked a ticket to the final four of the 2022 AFF Women’s Championship through an impressive 6-0 victory over Timor Leste, Monday night, at the Binan Football Stadium in Laguna.

Ngan Thi Van Su then finished at close range in the 31st minute while Nguyen Thi Tuyet Dung converted a spot-kick in the 37th minute.

Just before the break, Huynh Nhu secured her brace with a shot from a tight angle in the 43rd minute.

In the second half, Ngan Thi Van Su scored her second goal of the game when she converted substitute Nguyen Thi Thanh Nha’s cross in the 73rd minute.

Substitute midfielder Tran Thi Thuy Trang then capped off Vietnam’s rout with the sixth goal in the 85th minute.

The result means that Vietnam seals a place in the semifinals with 9 points behind its third straight win. In contrast, this was Timor Leste’s third straight loss and it is yet to register a point in the competition.

Both teams will return to action on Wednesday at 7:00 PM in different venues. Timor Leste goes up against Cambodia at the City of Imus Grandstand in Cavite.

On the other hand, Vietnam takes on Myanmar at Rizal Memorial.