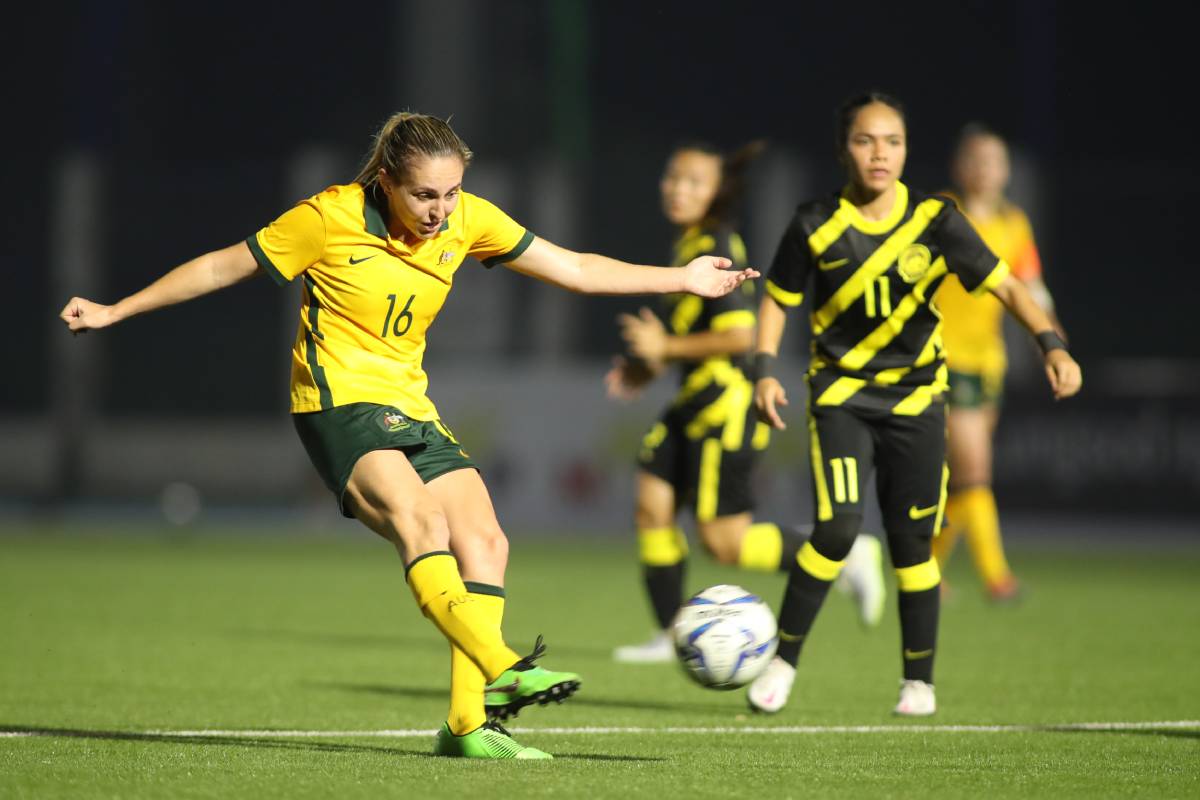 Behind a goalfest courtesy of Mackenzie Hawkesby and Chelsie Dawber, Australia’s Under-23 squad put a rousing end to their 2022 AFF Women’s Championship campaign after a clinical 6-0 drubbing of Malaysia, Tuesday evening at the City of Imus Grandstand in Cavite.

The result saw the Australians finish in third place in Group A with 10 points on a 3-1-1 win-loss record, while the Malaysians end in fourth with two points on two draws.

Thailand, who needed to win against the Philippines to qualify outright, did so with a 1-0 victory over the hosts, leaving the Young Matildas out of the semifinals.

Australia’s 2-2 draw against Thailand last July 8 and 1-0 loss to the Philippines last July 4 proved to be fatal in its quest to make it to the semis.

Still, the Young Matildas made sure to give it all they got against the also-ran Harimau Malaya.

The Young Matildas stamped their class at the onset of the match, getting most of the possession and wasting no time in turning it into attacking opportunities. Eventually, the gold shirts broke through in the 13th minute with Chelsea Dawber beating her defender and slotting the ball past Malaysian goalkeeper Noor Kusumawati Rosman.

Australia then piled up the pressure against the Malaysian defense, which led to two more goals. In the 20th minute, Mackenzie Hawkesby found herself with some space and time to get the second, and two minutes after, Dawber was at the right place at the right time to put the rebound into the back of the net.

The Australians had a chance to add to the advantage in the immediate passage of play as Mira Fadzliana Aidi was called for a foul inside the box on Dawber, resulting in a penalty, but they could not convert.

Malaysia stood its ground against Australia for a good 20 minutes in the second period, but the pressure from the latter led to two quick-fire goals from Hawkesby, both capitalizing on the balls at the back of the defense. The striker took advantage of the space she had in front of the goal for her second of the night in the 65th minute before she added another one in the ensuing play two minutes after.

A sixth at the 82nd minute from Jamila Rankin more than ensured that the Australians close their debut in the tournament in style.