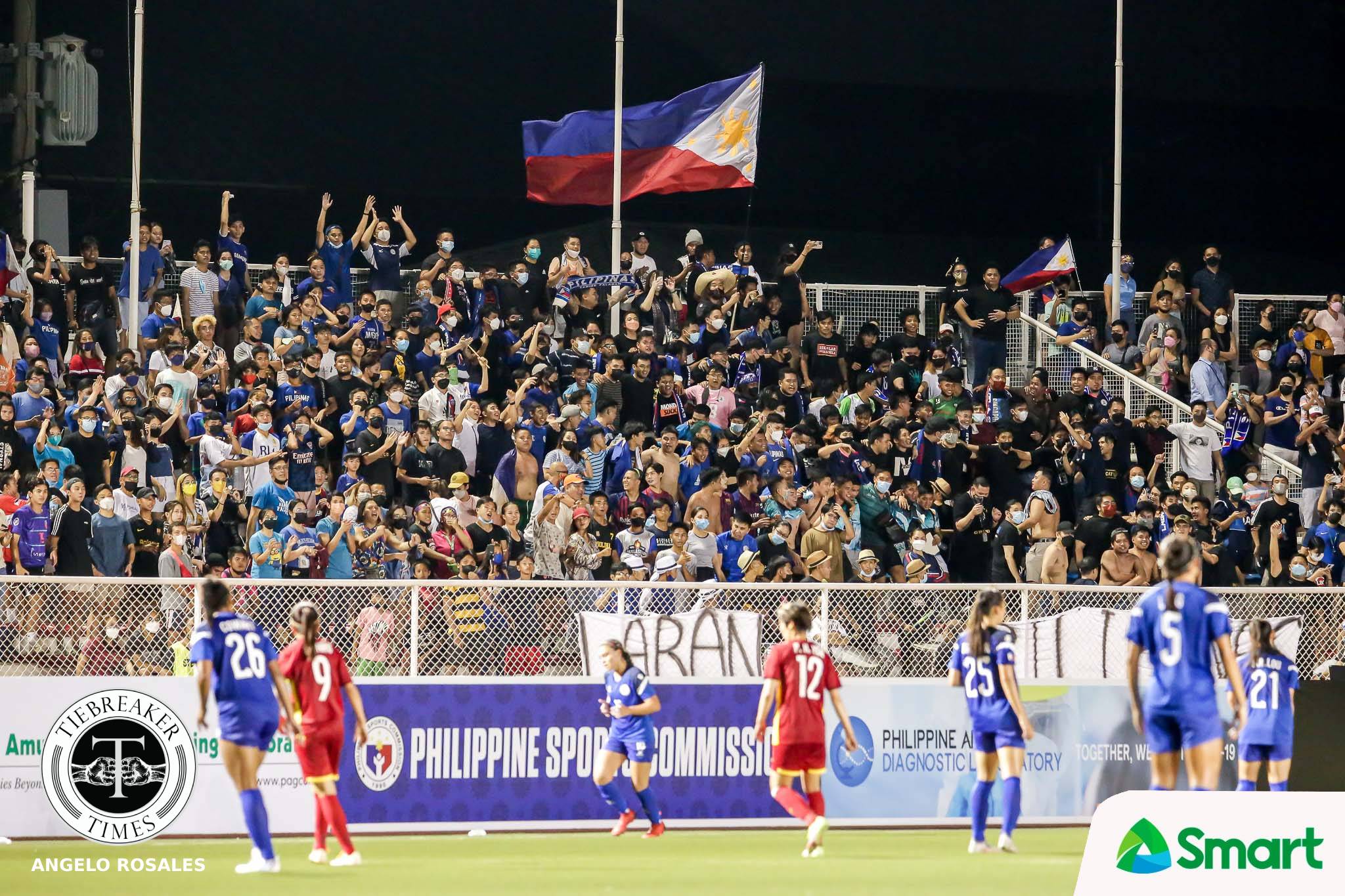 Behind the efforts of their two leaders, the Filipinas secured a place in the 2022 AFF Women’s Championship final in a memorable 4-0 win over defending champions Vietnam, Friday night, at the Rizal Memorial Stadium in Manila.

This is the Philippines’ first championship game in history. Coach Alen Stajcic’s wards will take on the Thailand War Elephants on Sunday in Rizal Memorial for a chance to annex the country’s maiden AFF title in any of its competitions.

“I think everyone who watched the game would have seen what had happened,” said Stajcic. “That was probably our most complete performance.”

“I’ve been watching the Philippines women’s team for the last three or four years but you know it’s probably the best that this team’s ever played so you know it’s a great performance.”

The Filipinas enjoyed a dream start to the contest when Hali Long headed Tahnai Annis’ corner in the 31st minute. It was the first goal that Vietnam had conceded in the tournament. 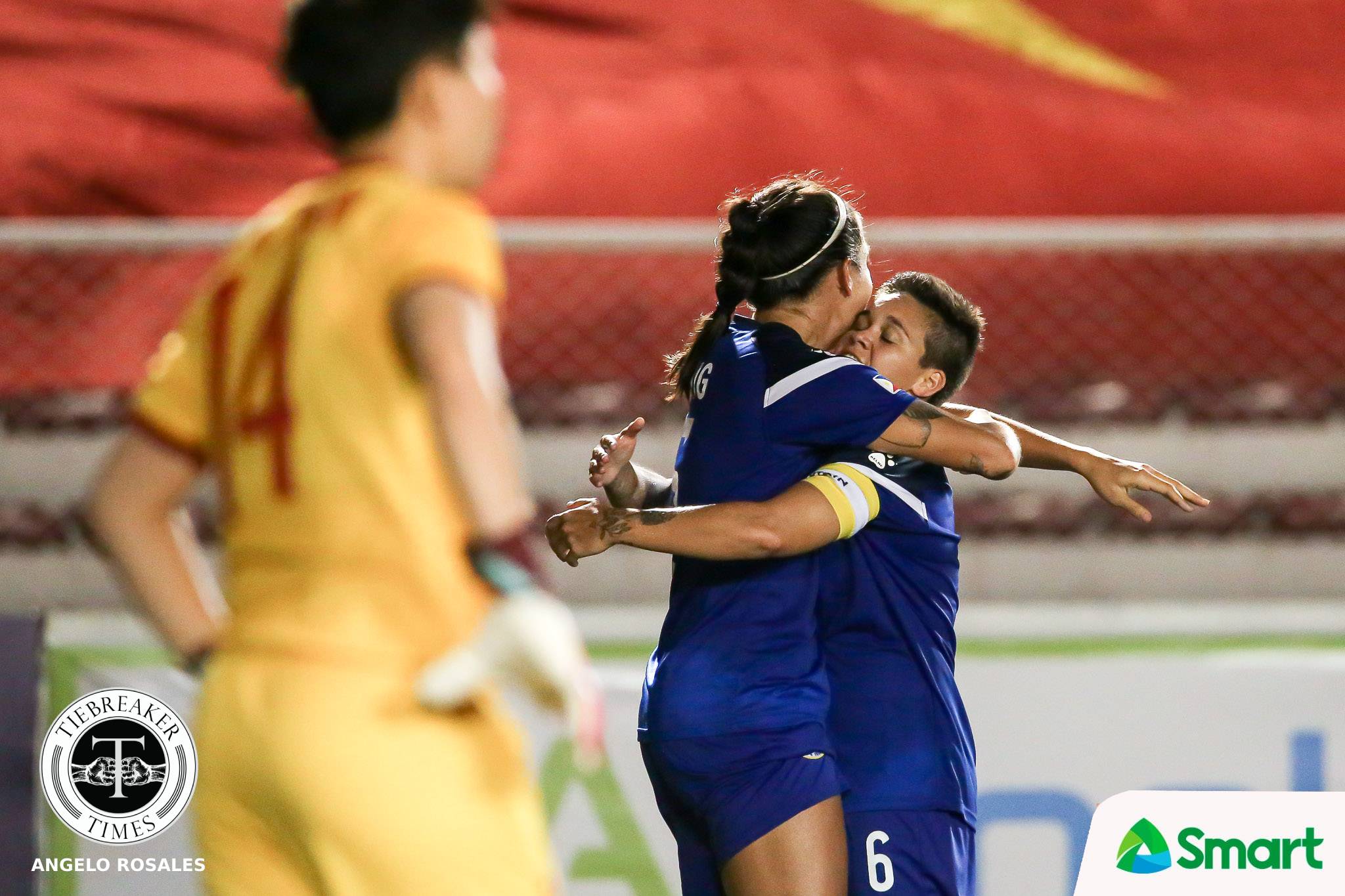 Come the second half, Isabella Flanigan had a golden chance to double the Filipinas’ lead but she shot painfully wide with the goal at her mercy. Moments later, though, the Filipinas were awarded a penalty in the Vietnam box due to handball.

Annis stepped up to take the spot-kick. She coolly converted past Vietnamese goalie Tran Thi Him Thanh in the 51st minute to give the Philippines a commanding lead.

Annis then turned provider again for the Filipinas’ third goal of the game. The 33-year-old midfielder delivered another good ball into the Vietnam box. That allowed Sarina Bolden to head the ball home for her sixth goal in the tournament in the 62nd minute. 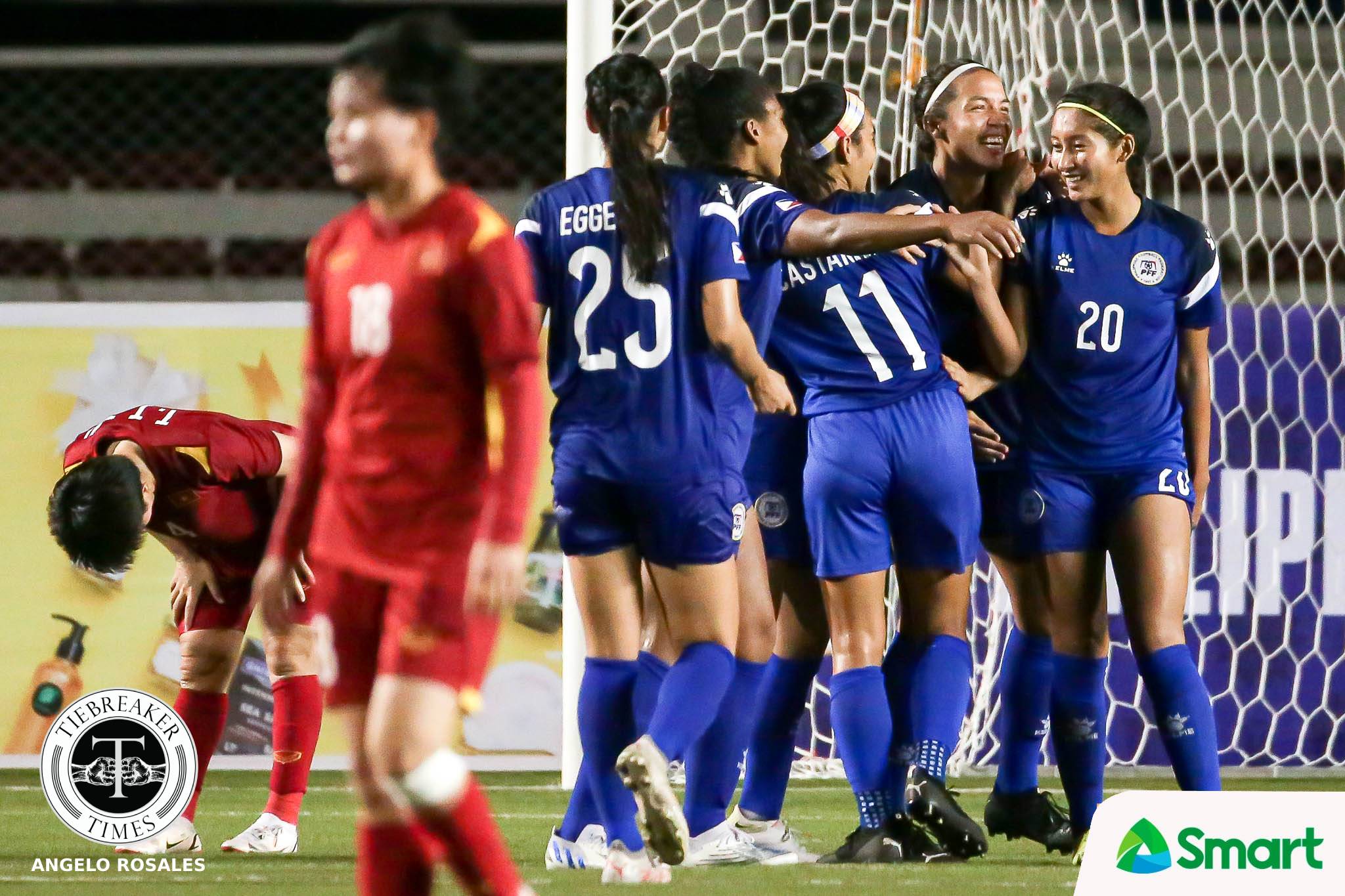 Bolden scored her second goal of the match – seventh in the competition – in the 71st minute with another header after Carleigh Frilles’ attempt hit the crossbar. That completed a magical evening for the 3,233 live fans and the thousands watching through different means.

“You don’t beat them once and think you’re the best but on tonight I think we fully deserved the win and you know to be honest I thought we could have even won by two more,” concluded Stajcic.

Vietnam will face Myanmar on Sunday in Rizal Memorial to determine which team secures a bronze medal.