The Season 76 hosts, Adamson University (AdU) Falcons ended with 10 points (3 wins, 4 losses), landing them at the 5th spot of the Table Tennis tournament held at the Ateneo Blue Eagle Gym.

Adamson would start the season on a good note, defeating both the National University (NU) Bulldogs. Rarama started the match-up strong for Adamson with a dominating 3-0 against NU’s Villamor. Adamson would lose the 2nd singles match-up, but would not let that hinder them from winning. Singchingco and Tortosa would set the pace for the Falcons with a 3-1 win. Adamson would not look back and grab another 3-1 singles match behind Octavo. AdU wins 3-1.

Adamson would then hit a wall and lose to the University of the Philippines (UP). Rarama would try to lead Adamson against the favourites, UP and win the first singles match, 3-2. The rest of the team however, could not support Rarama and inevitably lose.

Adamson would be outmatched in their match-up against the Far Eastern University (FEU). Rarama and Tortosa, would only win one set in their respective singles match. The tandem of Singchingco and Fernandez tried to change the tide of AdU’s game but would inevitably succumb to FEU, 2-3.

The Falcons would ultimately bow down to the defending champions De La Salle University (DLSU), where they would not win a single set.

Adamson’s J Salera, the first singles competitor, would only win 1 set against University of Santo Tomas (UST). This would be the high point of his team, as no one else would claim a set against their opponents. The rest of the Falcons would not be able to do much and be outmatched by one of the tournament favorites.

The Falcons once again would taste victory over the win-less, Ateneo de Manila University (ADMU) Paddlers. Ateneo, who was also looking for their first win, drew first blood by defeating AdU’s Octavo, 1-3. AdU’s Tortosa tied the series when he beat ADMU’s Rosete, 3-1. With the series tied 1-1, It would be Ateneo that takes the lead, winning the doubles match. AdU would rally behind Rarama and Enal to finally close out the Blue Paddlers, 3-2. 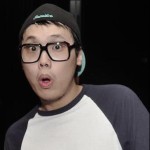