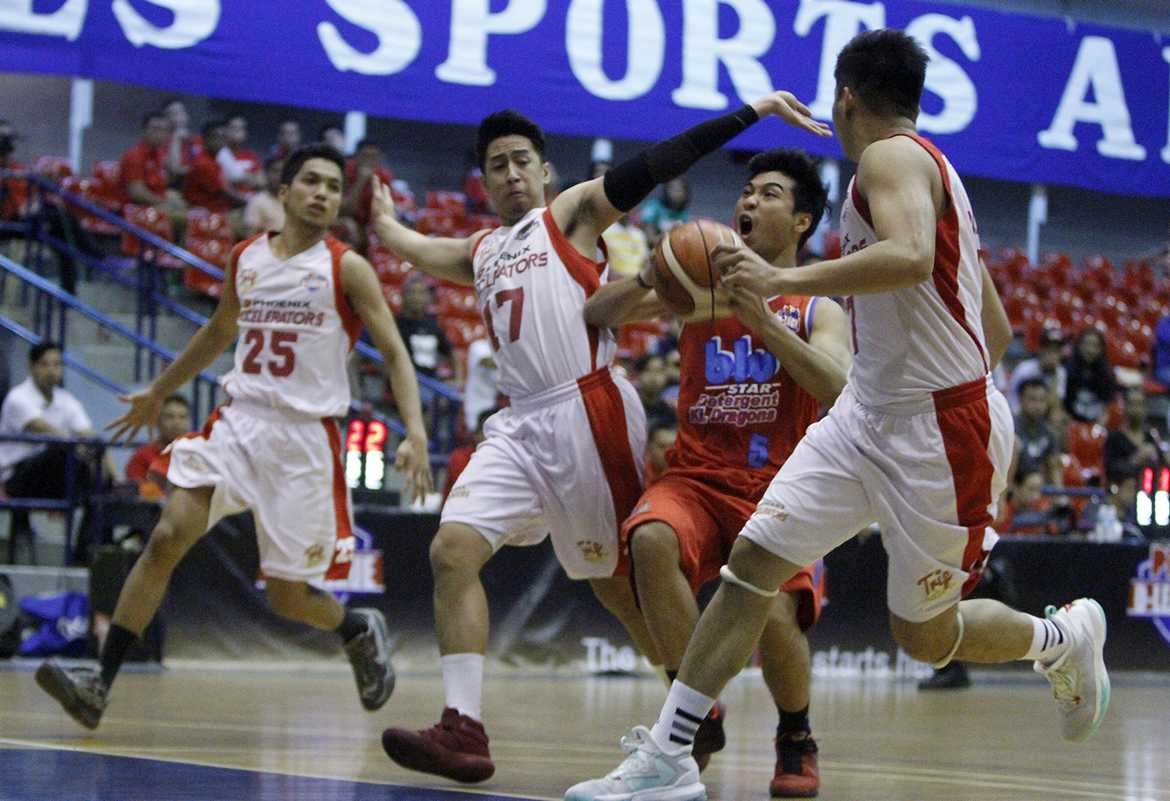 Phoenix coach Eric Gonzales is finally seeing the consistency he has been begging from his team since the past conference.

Coming from a huge 126-77 beatdown of the Topstar ZC Mindanao Aguilas, the Accelerators coach could hold his head high and believe that his squad are slowly getting back to their formerly deadly form.

And he hopes that that great showing will not be a one-off, as Phoenix shoot for their sixth straight win against the Racal Tile Masters on Thursday in the 2016 PBA D-League Foundation Cup at Ynares Sports Arena in Pasig.

As the only undefeated team so far this conference, Gonzales is hopeful that the return of Mac Belo from a one-game suspension will complete the team’s puzzle. The Accelerators hope to stay unscathed as the league goes on a short break to give way to the FIBA Olympic Qualifying Tournament.

Eerily, the problems that haunted Phoenix then are the ones facing Racal now, as coach Caloy Garcia also wants to see consistency from his Tile Masters following a 78-72 defeat to Cafe France on Tuesday.

“It’s just about team defense,” Garcia rued. “We have to learn how to win as a team because if we want to get to the Finals, we have to go through Cafe France or Phoenix or even Tanduay.”

“Ang problema ko lang is we have to be consistent.”

Racal’s two defeats this conference both came from the Bakers, and Garcia will want to atone for that season sweep as he looks to deal Phoenix their first loss when the two meet at 6:00 pm.

In the first game, Tanduay will gun for back-to-back wins as they go up against Topstar ZC Mindanao at 4:00 pm.

Fresh from a 105-102 thriller over Blustar Detergent on Tuesday, coach Lawrence Chongson is hopeful that his wards will not fall on the same trap and still come out with a lot of intensity despite facing the still-listless Aguilas.