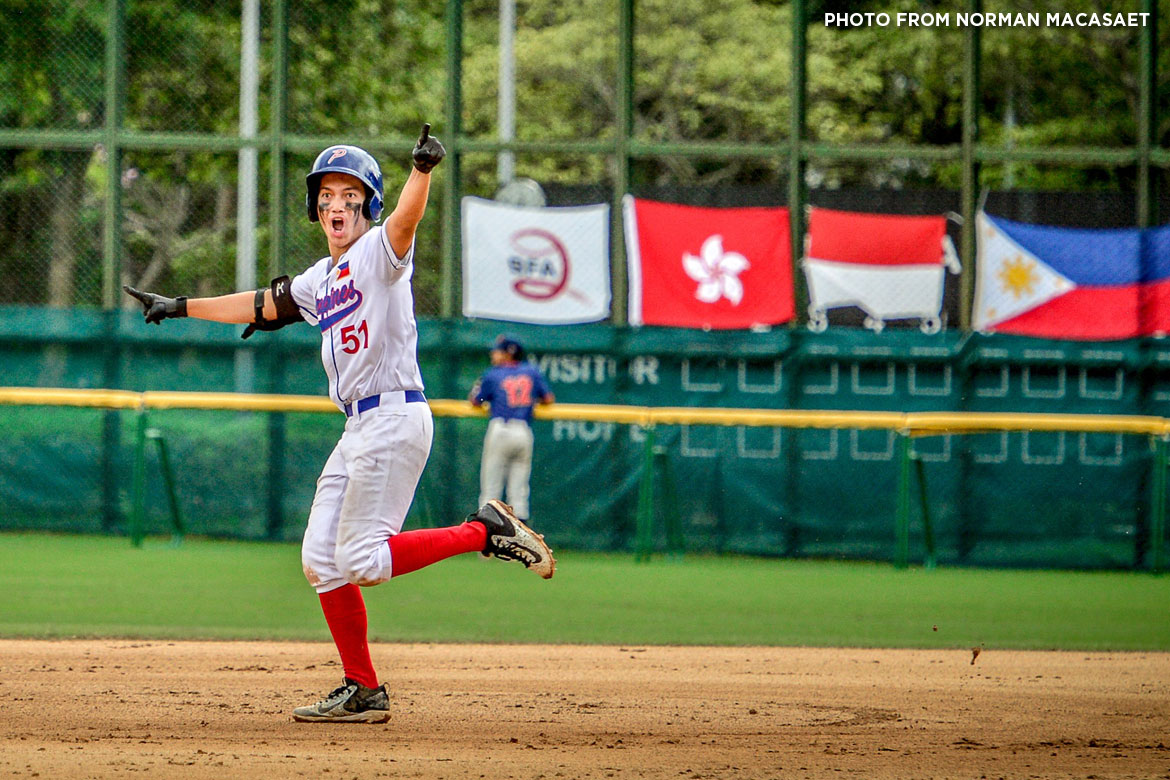 Going up against a retooled squad that was far from who they faced three years ago, the young Philippine team did not fold.

Behind stellar showings from the country’s young guns, the defending BFA East Asia Cup champions were able to pick up a come-from-behind, 10-6 win over Thailand, Monday afternoon in Hong Kong.

Though the Thais – who defeated Indonesia yesterday, 9-5 – are just the 56th-ranked team in the world, Thailand augmented its team, as half of their roster are Thai-Americans.

And the unfamiliarity with their opponents showed early in the game.

Thailand had a strong start, with John Daniel Daru hiting his second home-run in two matches – a two-run homer in the 5th inning that gave Thailand a 5-0 edge.

Romeo Jasmin, an Adamson legend and assistant coach, went on to relieve Jerome Yenson on the mound during the sixth inning and steady the ship. He allowed just five hits and fanned six Thai batters.

On the offensive end, veteran Jennald Pareja was able to punch in the Philippines’ first run in the sixth inning coming off a Bernardo hit. And it was the wake-up call the Filipinos needed.

With two outs in the seventh inning, the Filipino batters remained poised and were finally able to show their fangs.

The Philippines sliced the lead to just two runs, before DLSU Green Batter Diego Lozano slammed a booming two-run home run to knot things up at 5-all. Bernardo was then able to punch in the go-ahead run coming off a Jenash Ponce single. The Filipinos drove in three more runs to completely turn the game around.

Closer Vlad Eguia was able to seal the game with some clutch pitching to give the Philippines a rousing debut in its title defense.

The Philippines will next face Singapore on Tuesday, June 26, at 2:00pm. Livestream is available over at Hong Kong Baseball Association’s Youtube channel.

Ricky Dandan resigns from Columbian to focus on UP