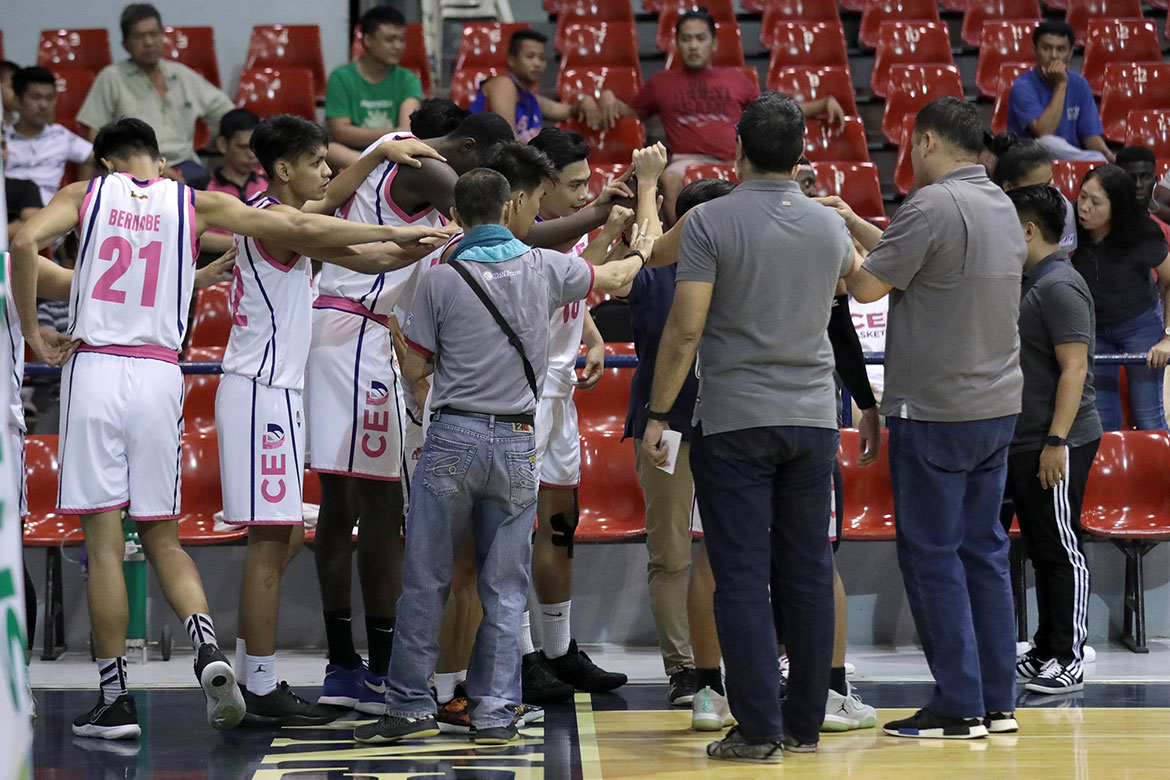 The Centro Escolar University Scorpions achieved a feat that others felt would be a task too tall, given their predicament.

On Tuesday, the Scorpions – a team reduced to just seven players, as several others were given the pink slip following game-fixing allegations – booted out St. Clare College-Virtual Reality to book a trip to the 2019 PBA D-League Finals.

They did it against a Saints squad equipped from top to bottom, which has the likes of spitfire guard Joshua Fontanilla; versatile wings Raymond Rubio and Junjie Hallare; and foreign student-athlete Mohammed Pare.

“We didn’t even expect to be here. Nobody expected us to be in the Finals,” said CEU head coach Derrick Pumaren after their 89-72 semis Game 3 win.

“But the heart, the desire to win ng mga players, there’s no substitute for that.”

Pumaren himself is a decorated mentor, having won titles in every level – from the amateurs, to college, then to the pros. And for him, he considers this particular feat as among the highlights of his coaching career.

“Well, I think siguro sa amateur is one of it. I was not successful with UE. I was not able to get the import that I need,” Pumaren said, recalling his stint with the University of the East from 2014-2017 where he only had a 21-35 record.

“But here, in spite of an import na medyo raw – medyo raw pa rin si Malick [Diouf] – and seven players lang na naglalaro, that goes to show the system that is in place can go a long way. It has paid dividends, and we’ve made it into the Finals.”

CEU have booked their second D-League Finals stint – or third including their run carrying the CafeFrance banner. But waiting for them in the title bout are the Cignal-Ateneo Blue Eagles, a team touted as the current best college team in the country.

Pumaren is fully aware that the cagers from Mendiola will be entering the best-of-five clash that starts on Thursday as the underdogs. But for him, his seven-man strong CEU squad are already champions in his eyes.

“For me, this team is already a champion. With all the adversities na nangyari, we still made it.”