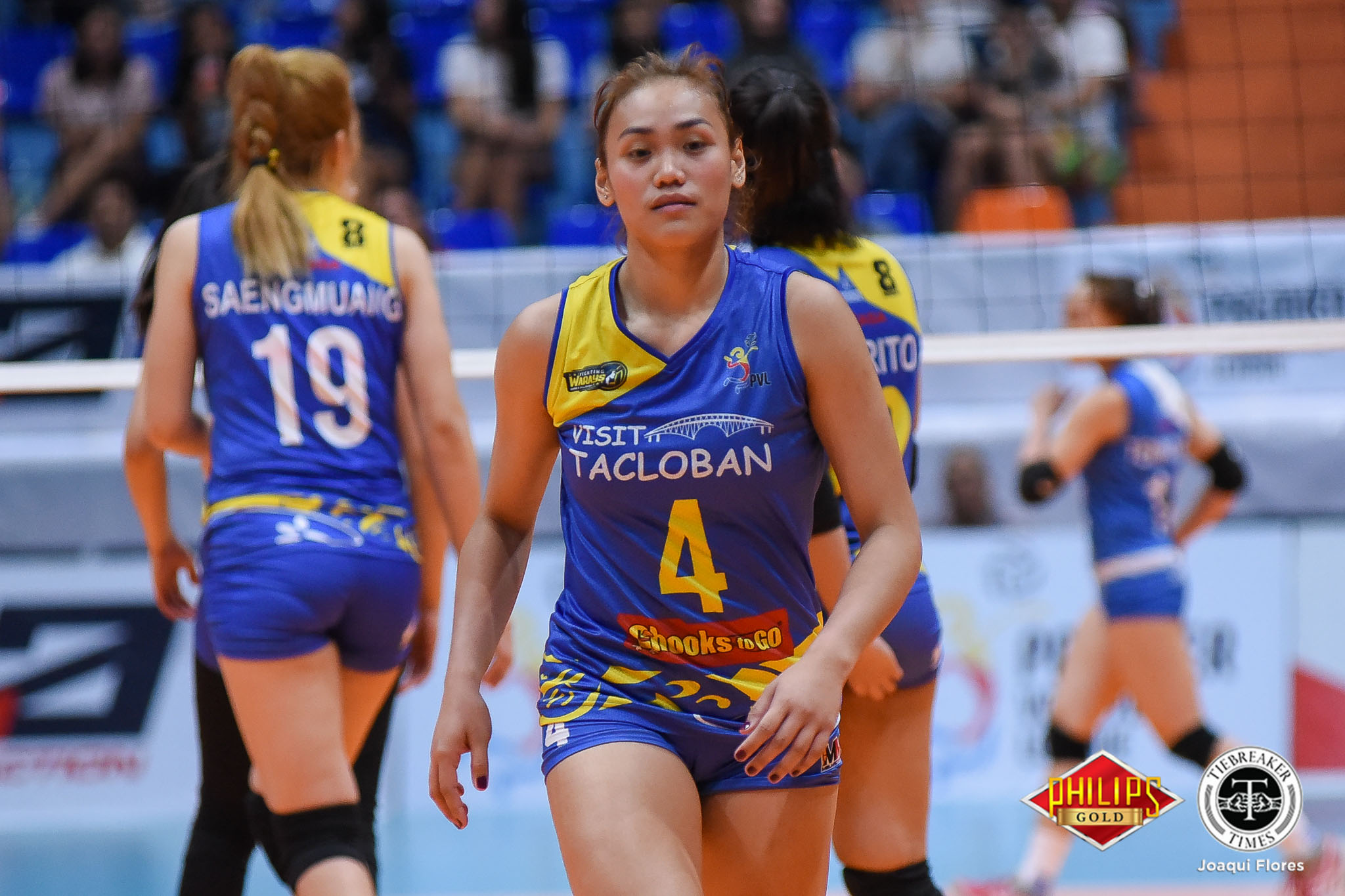 After a quick loss on opening day, the Tacloban Fighting Warays broke into the win column with a decisive win, 25-17, 25-17, 25-19, victory over the Iriga-Navy Oragons, Wednesday evening at the Malolos City Sports and Convention Center.

Tacloban dominated on all fronts, scoring leads early in each set and never looking back. The Warays were helped greatly by Iriga’s 24 errors as they limited their own miscues to just 16.

Grazielle Bombita was the lone Oragon in double-digits with 12 points.

Iriga-Navy (0-2) aims for the first win against Petro Gazz (1-1) on Sunday at the FilOil Flying V Centre.