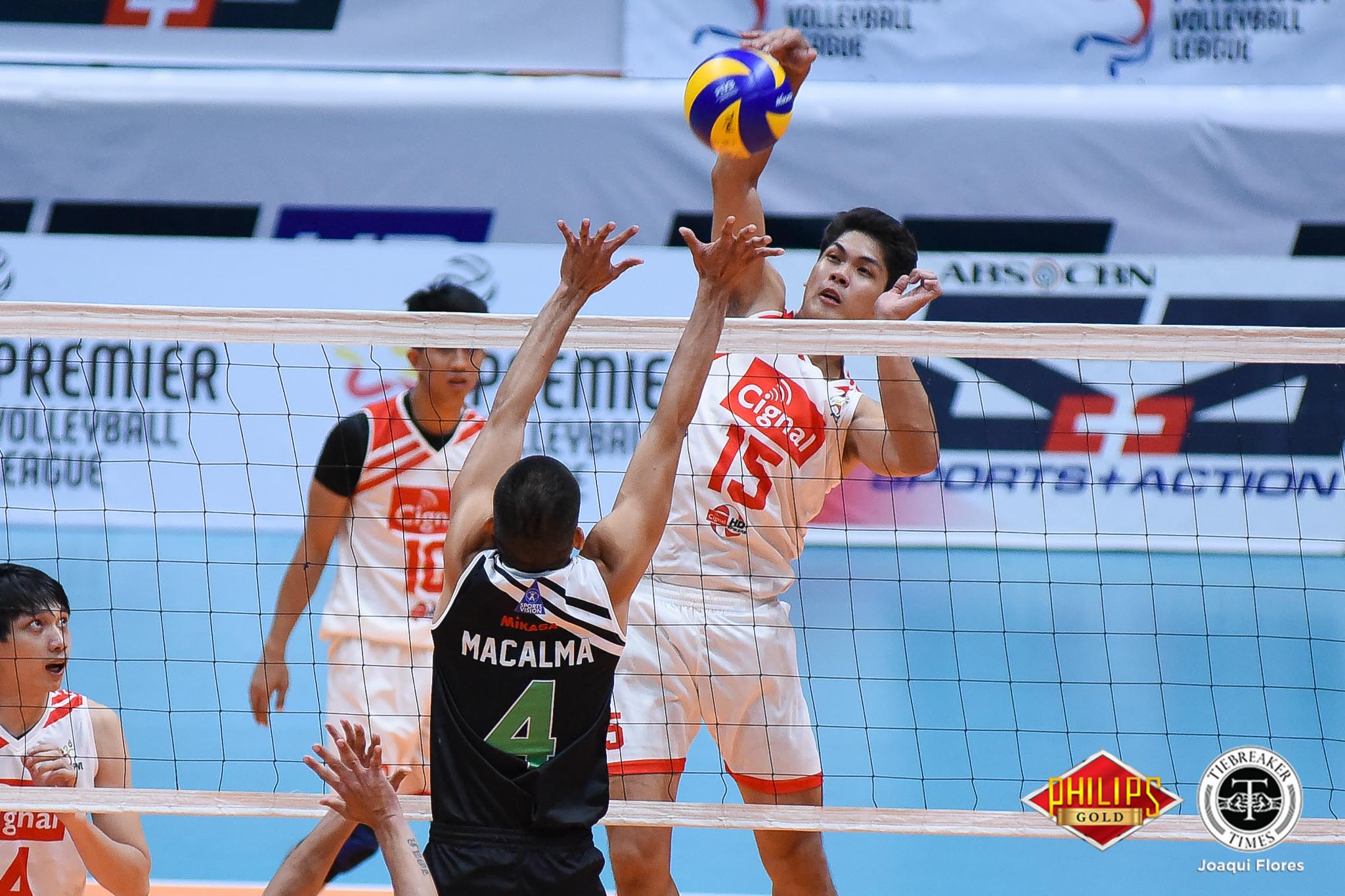 The Cignal HD Spikers made short work of the IEM Phoenix Volley Masters, 25-20, 25-19, 25-16, to take solo lead in the Premier Volleyball League Reinforced Comference at the FilOil Flying V Centre.

Working off their wide offensive arsenal, Cignal pounded IEM in all scoring skills. The HD Spikers garnered a 47-29 attacking advantage, which they kept through a scorching 78 percent reception efficiency.

Marck Espejo, who recently signed a contract to play in Japan in August, powered in a game-high 17 points on 16-for-33 attacking. Former Ateneo Blue Eagle Ysay Marasigan added 10 markers.

“I’m very happy with how the team played. Everyone that stepped on the court, nag-contribute talaga,” said Cignal head coach Oliver Almadro, who played everyone on his roster.

Greg Dolor was IEM’s lone double-digit scorer with 10 points off nine attacks and an ace. The Volley Master dropped their second match in a row after winning their first two.

The HD Spikers (3-1) will play their final match of the first round on June 6 against the Army Troopers (1-3). The Volley Masters will try to recover against Air Force (1-2) on June 3.