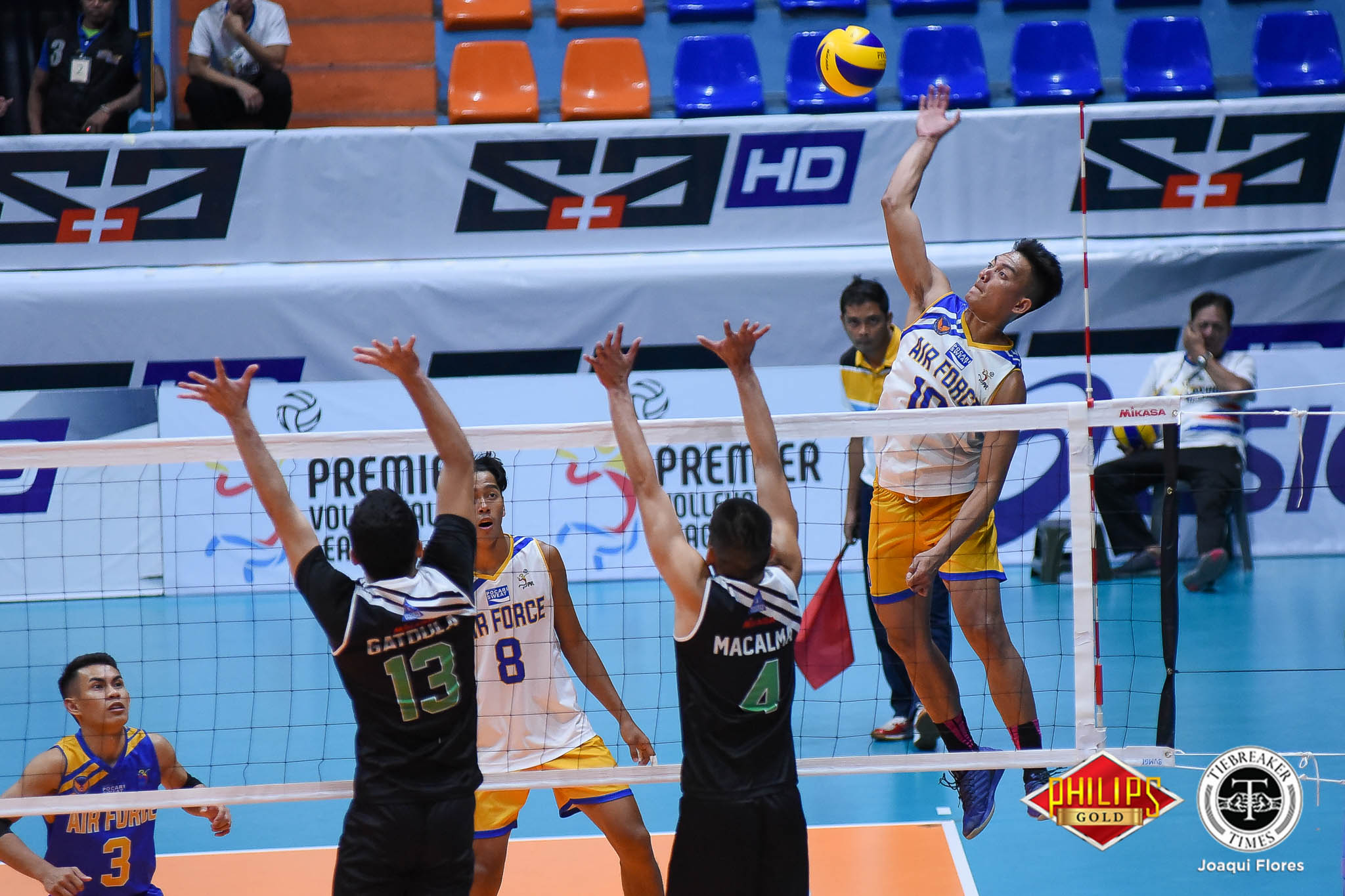 Not wanting to taste their first defeat in their post-season campaign, the Philippine Air Force Jet Spikers showed no remorse as they romped the skidding IEM Phoenix Volley Masters, 25-19, 25-19, 17-25, 25-22, in the Premier Volleyball League Reinforced Conference Quarterfinals, Wednesday afternoon, at the Filoil Flying V Centre.

The Jet Spikers raced out of the gates, swiftly securing the the first set. Carrying their momentum onto the ensuing set, Jet Spikers uncorked an 11-4 spree, mounting an eight point cushion, 22-14.

However, in the third set, the Volley Masters showed that they weren’t going down without a fight, taking the driver’s seat, 22-17. A Bonjomar Castel single-block sealed a set for IEM, leaving Air Force head coach Rhovyl Verayo to boost his team’s morale before things get worse.

In a close-quarter fourth set, Air Force leaned on their coach’s reminders, giving them the extra push down the stretch.

Knotted 22-all, a Fauzi Ismail kill and service ace gave Air Force the lead. Then a Greg Dolor error iced the game for Air Force.

Meanwhile, Dolor’s 22 markers went down the drain for IEM, who are still winless in the Quarterfinals.