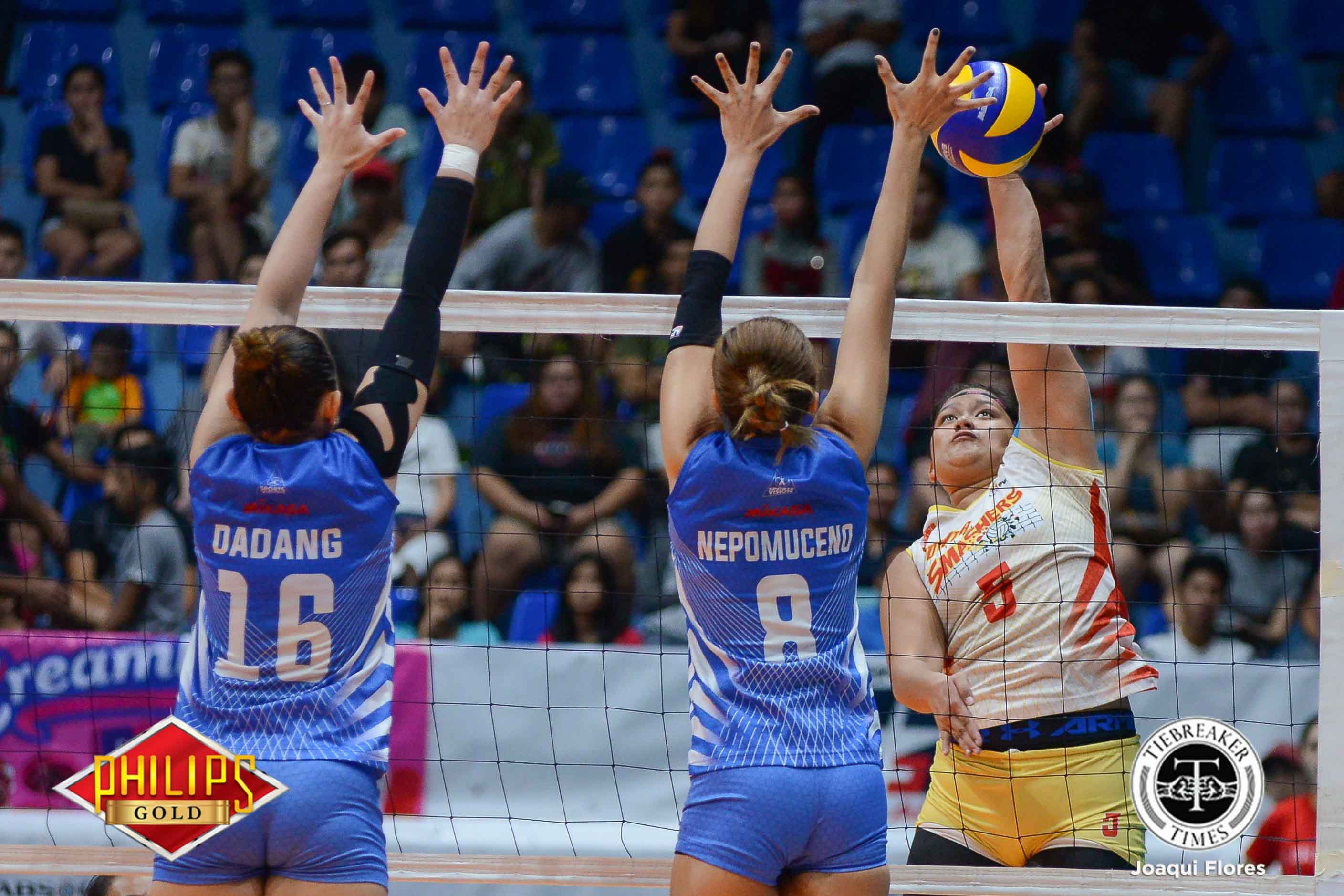 Tacloban battled back after dropping the first set and crumbling late in the fourth set. The Fighting Warays’ precise serving and stout floor defense spelled the difference in the fifth set, as they nailed three aces in the decider.

Arellano University standout Jovielyn Prado closed out the match for Tacloban, scoring three of their last four points and making terrific defensive plays in between her attacks.

Tacloban settle for a 3-4 record to end the first round.

Pocari Sweat (3-3) will try to end the elimination above .500 against the league-leading BanKo-Perlas Spikers (5-1), tomorrow at the Baliwag Star Arena.