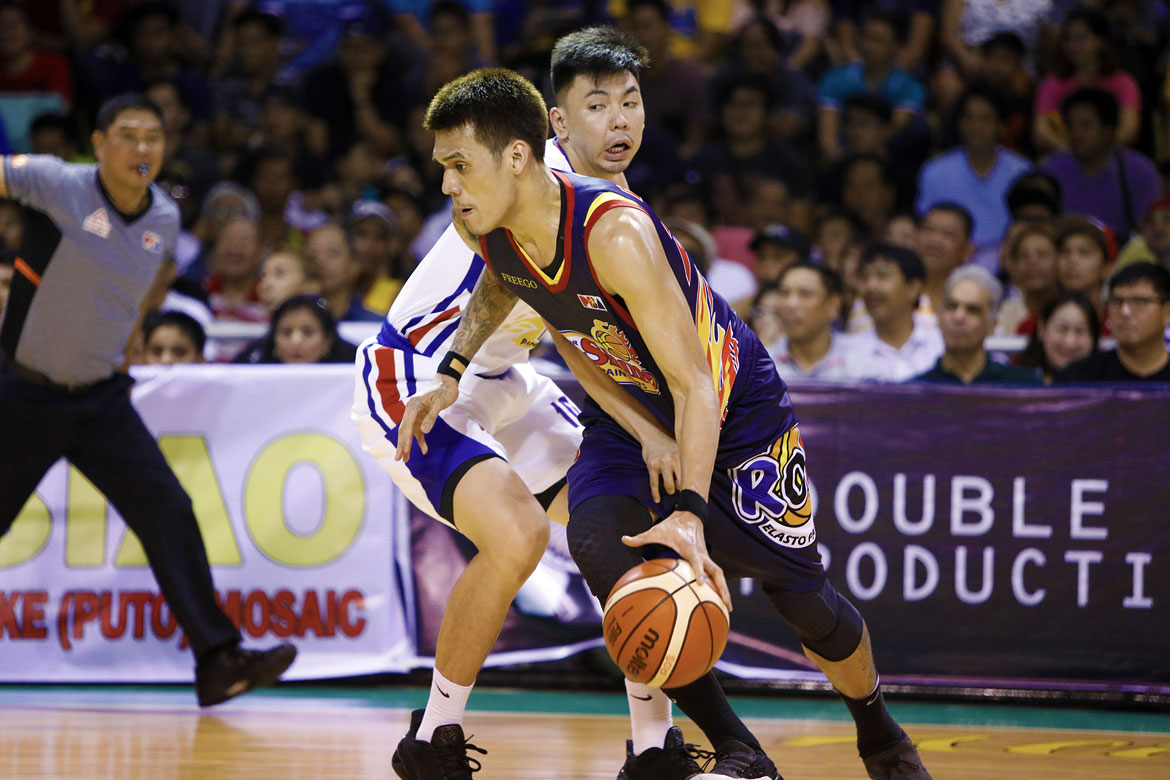 The Rain or Shine Elasto Painters earned possibly their greatest victory in the 2017-18 Philippine Cup as they scored an impressive wire-to-wire victory over the Magnolia Hotshots, 101-95, Saturday night in Calasiao, Pangasinan.

The Elasto Painters have won their third straight outing and have improved to 5-3. The Hotshots, on the other hand, absorbed their second straight loss and have dropped to 6-3.

Raymond Almazan had found his groove once more, spearheading Rain or Shine’s attack with 23 points on 9-of-11 shooting with six rebounds and two blocks. James Yap contributed 13 points, five boards, and three assists.

Thanks to a great start, the Elasto Painters enjoyed sitting on the driver’s seat the rest of the way. They even led by as much as 21, 67-46, in the 5:41 mark after a 13-0 rally punctuated by Ed Daquioag’s perfect trip to the foul line.

The Hotshots though made a major threat in the bout’s final two minutes, rallying behind sophomore guard Jio Jalalon and veteran forward Aldrech Ramos to slice the deficit to just seven, 93-100, with 1:23 left to play.

That, however, was the last hurrah Magnolia was able to make. Jalalon missed a three-pointer approaching the final minute, and Maverick Ahanmisi’s split freebies with over 30 seconds left put the opposition away for good.

#ReadMore  Jalalon finding his extra thanks to roommate Barroca

Ramos led the Hotshots with a game-high 27 points on 10-of-15 shooting from the floor. Rome Dela Rosa made 15 points; Jalalon had 14 markers, three boards, and eight assists; and Mark Barroca chipped in 10 on 15 shots.

Rain or Shine will head into a long break before facing Alaska on February 23, Friday, 4:30 PM at the SMART Araneta Coliseum. Magnolia will aim to end their skid versus GlobalPort on February 16, Friday, 7:00 PM also at the Big Dome.