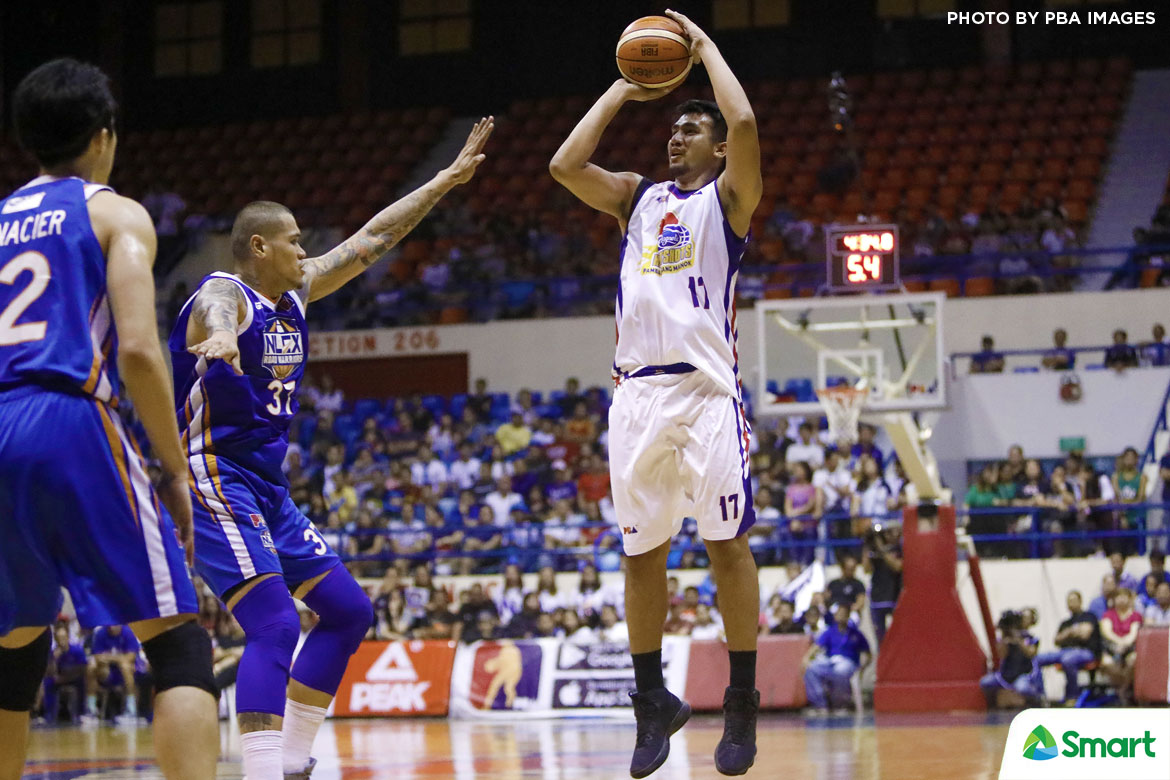 The Magnolia Hotshots are now on the cusp of going to the 2018 Philippine Cup Finals as they thwarted the NLEX Road Warriors, 87-78, in Game Five of the semifinals, Sunday night at the Ynares Center in Antipolo City.

The Hotshots now lead the best-of-seven series 3-2, and move just a win away from booking a trip to the championship round, which they last experienced back in the 2014 Governor’s Cup where they achieved a rare Grand Slam feat.

“It boiled down to a best-of-three series, so I told the players na we need to go to our strength which is our defense. Yun yung adjustment namin, kailangan namin dumipensa to win this series,” said head coach Chito Victolero.

Mark Barroca led the Hotshots with 18 points and seven rebounds. Aldrech Ramos was a board short of a double-double as he made 15 points and nine caroms, and Paul Lee had 15 markers as well with four assists.

It was a grind-out affair in the first 36 minutes, until Magnolia turned it up in the payoff period by opening the frame with a stunning 16-4 scoring spree — ended by Ramos’ three-point play — to post a 75-62 lead with 5:59 remaining.

That proved to be the haymaker for NLEX, as the Road Warriors could no longer regain momentum. The Hotshots, meanwhile, enjoyed the cruise and led by as much as 18, 84-66, with 3:10 left to play.

#ReadMore  It's all about waiting for a call now, says possible Gilas addition Greg Slaughter

Magnolia have a chance to close out the series in Game Six on Tuesday, March 20, at the SMART Araneta Coliseum.