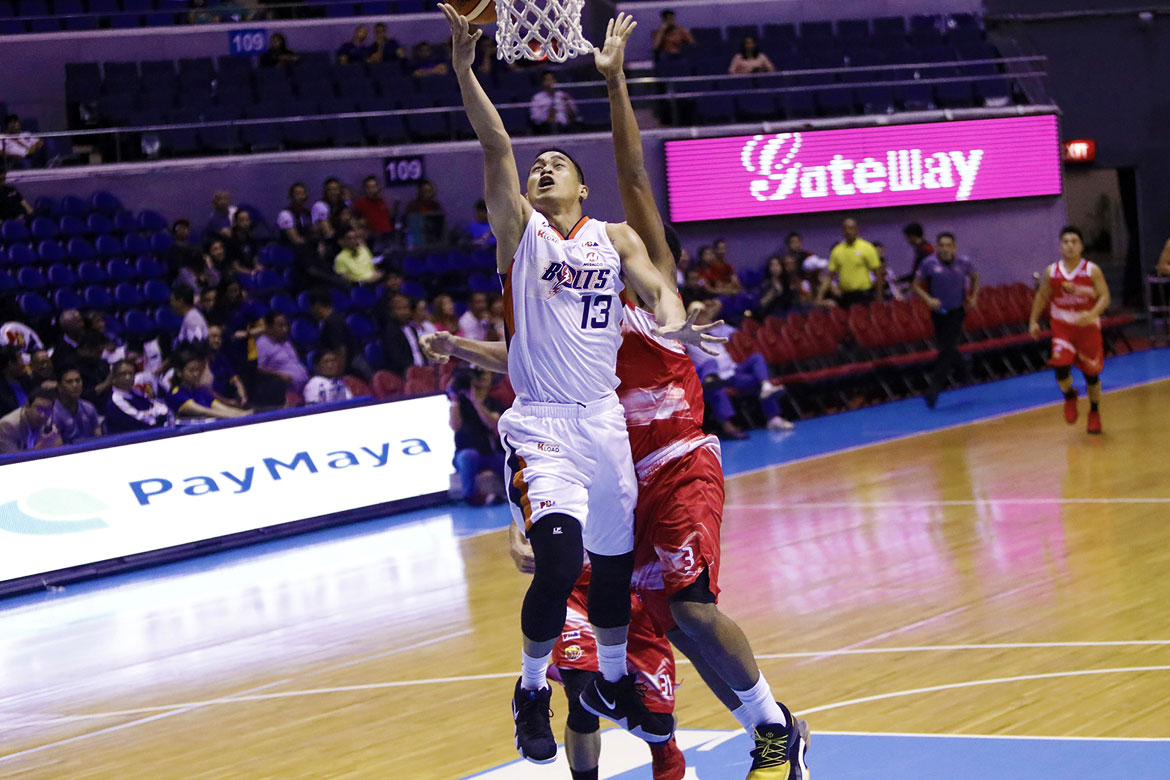 The struggling Meralco Bolts avoided a major collapse in the second half to escape the wily Phoenix Fuel Masters, 92-90, and halt their three-game losing skid, Wednesday evening at the SMART Araneta Coliseum.

The Bolts improved to 3-6, while the Fuel Masters — who are on a high after winning one against the TNT Katropa a week ago — dropped to 4-5.

“That was really a hard-fought game, just happy with my guys staying in the game and kept fighting until the end,” said Meralco head coach Norman Black.

Garvo Lanete led the Orangemen with 24 points spiked by four triples. Cliff Hodge, despite exiting the game with 20.4 seconds left in the third after hurting his knee, still had 17 markers, three assists, two steals, and two blocks.

The Bolts were actually ahead by 14, 54-40, after the first two quarters, but lost it as the Fuel Masters, thanks to Matthew Wright, Willie Wilson, and RJ Jazul, raced back and stole Meralco’s thunder, 75-70, to end the said frame in their favor.

Phoenix enjoyed being on the driver’s seat in the first few minutes of the payoff period, but Meralco regained their bearings afterwards. A 7-0 run behind Chris Newsome and Lanete gave them an 86-81 lead with 4:07 on the clock.

Meralco then sustained the upper hand, but not without receiving any threat from the opposition. After being down 85-92 with 1:33 to go, Phoenix knocked within two, 90-92, after Jaypee Mendoza’s split with 21 ticks left.

A glimmer of hope shone upon the Fuel Masters after that when Newsome failed to pass the ball and was forced into a jump ball. Phoenix won the tip, but Jeff Chan’s potential game-winning trey with four seconds left badly missed.

“We really had to dig deep to get back in this basketball game,” added Black on the win, which keeps them in playoff contention. “It takes a lot of will power for the players to say no, we will win this game and that’s what the players did today. We treated this game as if it was a championship game.”

Phoenix received a throwback outing from Willie Wilson, as he led the Fuel Masters with 24 points and eight boards. Matthew Wright, who fouled out with 2:58 left to play, punched in 16 markers and eight caroms as well.

RJ Jazul and rookie Jason Perkins had 13 and 10 points, respectively.

Meralco will take on rivals Barangay Ginebra San Miguel on Sunday, February 18, 7:00 PM at the Philippine Arena in Bulacan, while Phoenix will aim to bounce back versus the Blackwater Elite next Wednesday, February 21, 7:00 PM still at the Big Dome.