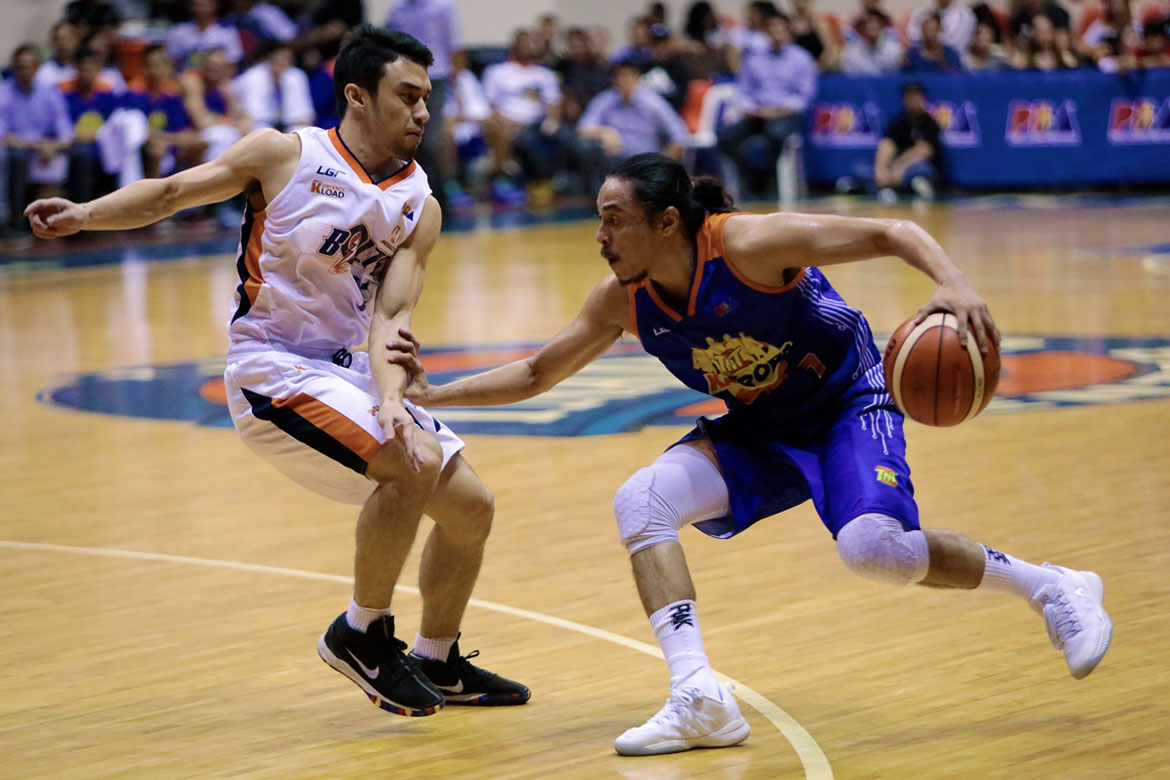 Despite not having import Mike Glover, an all-local TNT KaTropa crew managed to get the job done, frustrating the Meralco Bolts, 92-90, to collect their first win in the 2018 Governors’ Cup, Sunday night at Ynares Center in Antipolo City.

Both the Texters and the Bolts now sport 1-1 records.

“It’s a nice win for us today. I think it’s forcing us to play all-Filipino the whole conference,” quipped KaTropa head coach Nash Racela. “Last conference we won without an import, and today we did it again.”

“The reason is that the locals came out to play again.”

Terrence Romeo was at the forefront of TNT’s attack with 23 points, 10 rebounds, and eight assists. Backcourt partner Roger Pogoy also made his presence felt with 19 markers, five rebounds, and two steals.

And the two FEU Tamaraws played a huge role in the end-game.

As Jayson Castro tied the game up at 85-all with 1:42 left, Pogoy sank a high-arching teardrop and Romeo nailed a booming triple from the right corner to give the Texters a 90-85 cushion with just 18.2 seconds left.

Allen Durham tried to will the Bolts back into the match with a pair of free throws, four seconds after Romeo’s bucket, but Castro whammed the nail in the coffin by sinking his own set of freebies with 10 ticks left.

Glover, who only had 11 points and 15 rebounds in their loss to NLEX last Friday, was nowhere to be found in the venue. According to TNT team manager Virgil Villavicencio, Glover had an injury, though he did not specify what it is.

Both teams will play again on Friday, August 24, at the SM Mall of Asia Arena. The Katropa will open the double-header at 4:30 PM versus the Blackwater Elite, while the Bolts will be in the 7:00 PM main-eventer against the Alaska Aces.