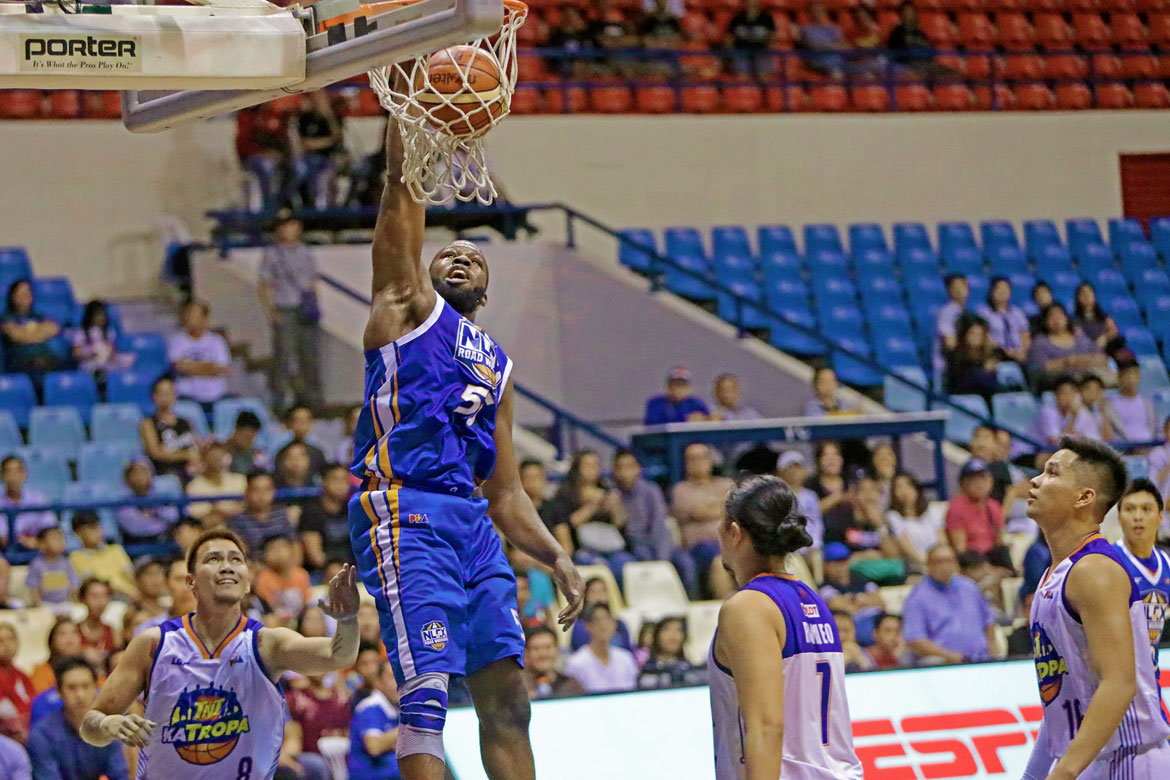 Even without head coach Yeng Guiao due to his head coaching gig with Gilas Pilipinas in the 2018 Asian Games Indonesia, the NLEX Road Warriors still managed to get the job done.

The Road Warriors sprinted past sister team TNT Katropa in the fourth quarter en route to the rousing 103-90 victory, to start their 2018 Governor’s Cup campaign on a high note, Friday night at the Ynares Center in Antipolo City.

“Of course it’s always nice to win,” said NLEX interim head coach and PBA great Jojo Lastimosa. “But upon leaving, si coach Yeng, he only wished na sana when he comes back from the Asian Games, we’re not 0-2, 0-3, or 0-4.”

Olu Ashaolu – whose status for Sunday versus Northport Batang Pier hangs in the balance due to a patellar tendon tear, as per Lastimosa – led the Road Warriors with 33 points and 23 rebounds with three dimes.

“That’s the problem, we don’t have any replacement for him yet,” said Lastimosa.

NLEX had the lead for the majority of the bout, but it was only in the final frame where they broke away wide. They opened the period with a 15-4 run – ended by Larry Fonacier’s bucket – for a 93-78 lead with 6:06 left.

The Road Warriors would remain firmly in the driver’s seat the rest of the way.

Combo guard Mac Tallo looked like he had carried over his impressive Summer Super 8 stint in Macau, as he chipped in 16 markers for the Road Warriors. Fonacier, meanwhile, shot 5-of-10 from the field on his way to 17 points.

New recruits Philip Paniamogan and Bong Galanza also made an impact in their PBA comeback as they provided 11 and nine points, respectively.

Returning import Mike Glover had an underwhelming outing for the Texters with 11 points and 15 rebounds.

Both NLEX and TNT will play again on Sunday, August 19, still at the Ynares Center. The Road Warriors will face the Northport Batang Pier at 4:30, while the Katropa will go head-to-head with the Meralco Bolts at 6:45 PM.